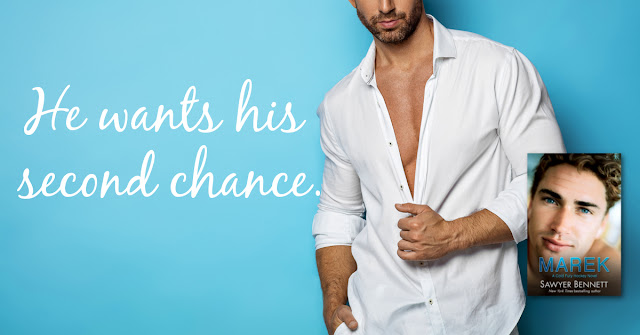 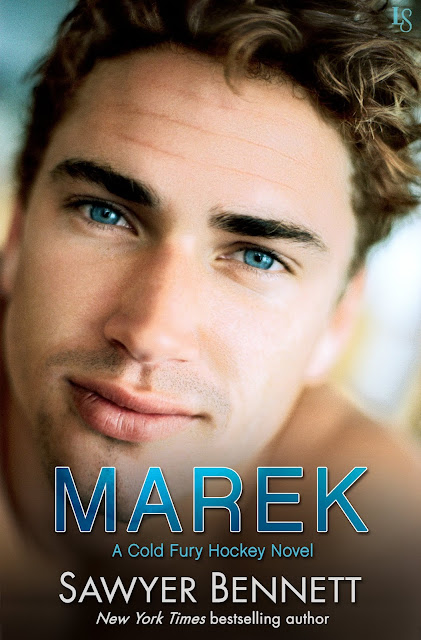 Marek Fabritis is used to delivering blows, not receiving them. But when he gets tipped off by an anonymous email about his ex-girlfriend, the news leaves him ice cold—and it’s not because Gracen Moore is getting married to a total jerk. It’s the fact that Marek has a three-year-old daughter he never knew about. Now he’s going back home, not to play knight in shining armor but to make damn sure that no man takes what’s his. For the first time, there might be something more important than hockey.

Gracen Moore has always loved Marek. That’s why she let him go, so he could pursue a career in the NHL. And that’s why she never told him about Lilly. Only now does Gracen realize that she made an unforgivable mistake. But is that any reason for Marek to crash her wedding and make an epic scene? If the spark that still smolders between them is to be trusted, maybe. Still, Gracen’s not getting her hopes up. Because she knows better than anyone that appearances aren’t always what they seem. . . .

It's hard to believe that Marek is the eleventh book in the Cold Fury Hockey Series by Sawyer Bennett, but it is and what's even better is that each book has it's own independent story line with the connection of each male lead is a member of the team. I have enjoyed the entire series and while each book can be read as a standalone I would highly suggest you read Reed first because part of Marek's story begins there.

Marek has been a total playboy and hockey god since he left his one true love, Gracen, behind four years ago. Now that she is back in his life and his world has been turned upside down with the knowledge that he is a father and she kept his daughter from him, can he see past the rage to grasp onto something he so desperately wants?  While this may be a second-chance-at-love story it is so much more because now we have beautiful three and a half year old Lilly at the center of it all.

Honestly I don't know if I would ever be able to forgive someone that kept my child away from me, so I am really glad that Gracen and Marek had to work for their HEA. There was heartbreak on both sides so don't go in thinking that Garcen is totally at fault here but Sawyer did a wonderful job with this story with not only making you feel the tension but also the chemistry and longing between the two. 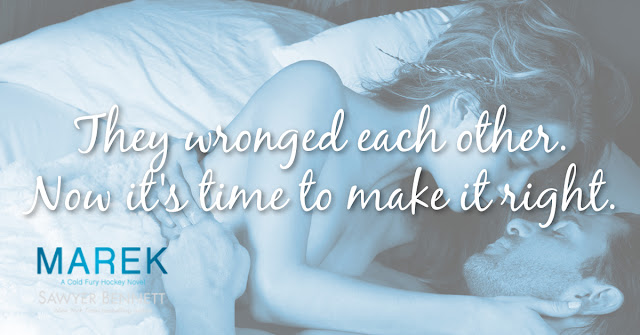 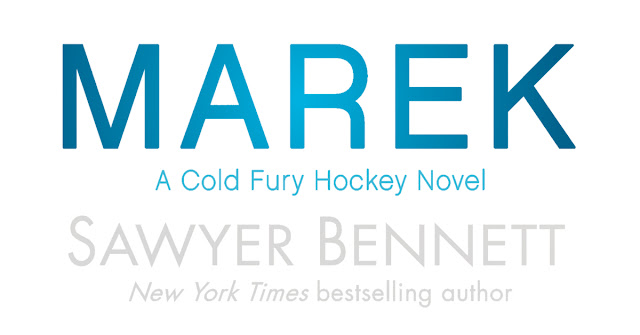