When a SEAL medic inherits three young children, he must battle to keep the family together and keep his long-held feelings for the man challenging him for custody at bay. 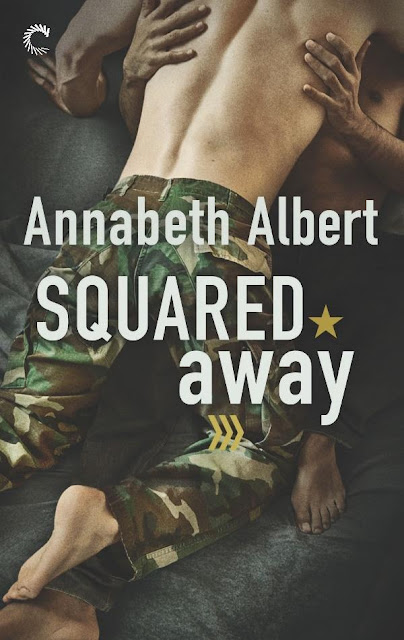 Series: Out of Uniform #5 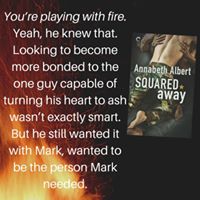 In the wake of tragedy, SEAL Mark Whitley rushed stateside to act as guardian to his sister’s three young children. But a conflicting will could give custody to someone else—someone Mark remembers as a too young, too hot, wild party boy. Even after six years, Mark can’t shake the memory of his close encounter with Isaiah James, or face up to what it says about his own sexuality. Isaiah’s totally over the crush that made him proposition Mark all those years ago. In fact, he’s done with crushing on the wrong men altogether. For now, he’s throwing himself into proving he’s the best person to care for his cousin’s kids. But there’s no denying there’s something sexy about a big, tough military man with a baby in his arms.

As the legal details get sorted out, their long-buried attraction resurfaces, leading to intimate evenings after the kids are tucked in. A forever future is within reach for all of them, if only Mark can find the courage he needs to trust Isaiah with his secrets—and his heart.

What Annabeth Albert has to say about this book in her Out of Uniform series:


“I wanted to write a book about the nature of family and how loss and tragedy can shape family, mold it into something stronger, force growth and change. I’m enormously proud of SQUARED AWAY as a result because how I fell in love with this little family.”

“When Wizard first appeared in ON POINT as a secondary character, I was intrigued by him, but it wasn’t until I let myself get into his head that I really saw how complicated he was. I feel honored and privileged to have been able to tell his story.”

“No book gets written in a vacuum and this one is no different. I owe a huge debt on this book to my sensitivity readers who really encouraged me to dig deep.”

Can loosing a loved one bring you to your “person” your one true love? Well, for Mark and Isaiah that is exactly what happens. It's not an easy road but the twists and turns is what makes this journey even sweeter.

Mark and Isiah met when Mark's sister was getting married to Isaiah's cousin and there was an instant attraction and lots of chemistry but nothing ever came of it, now fast forward several years when a devastating car accident takes the lives of both Mark's sister and his brother-in-law (Cal, Isaiah's cousin) and left behind are their three kids. I need to say being a mother of four I always worried about what would happen to my kids if anything ever happened but what most of us never wonder about is how that would effect the lives of those left to care for your children. In this story Annabeth Albert does a wonderful job showing just that, Isaiah's life changed immediately and once Mark found out about the accident and returned home from his deployment it changed his as well.

I have been a big fan of Annabeth Albert's books because the way she rights draws me in and always makes me feel as if I am right there along side of the MCs watching how everything unfolds. In SQUARED AWAY, not only did my heart break at the realization that two lives had ended and the three children would be raised by their uncles, but it was put back together as I watched the beauty of a new relationship evolve from all the turmoil. Isaiah and Mark may have been pushed together but they totally belonged together, the way each of them had to come to terms with the reality that was now their lives and be there for the other really touched me.

This story also touched on a subject I don't see a lot of in Romance books, demisexual/gray-ACE, while the terms may be new to some, and if it is you can find out more about it here http://www.asexualityarchive.com/under-the-ace-umbrella, it is something that I was thrilled to see. Not everyone is a horn dog, some have a harder time with sex/intimacy and Ms. Albert did a terrific job handling this sensitive subject.

SQUARED AWAY touched me in so many different ways, I hope you give it a try. Although this is book five in the OUT OF UNIFORM series it can be read as a standalone, but personally I think you will enjoy it much more if you read the series in order because there are secondary characters that get their HEAs in the first four books, and some that will be getting their HEAs soon.  Happy Reading! 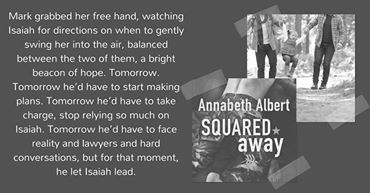 Praise for the series:

“Annabeth Albert's Out of Uniform series is a unique look at SEALs' lives, showing us the insides of their hearts and homes and the love that drives them.” ~Layla Reyne, author of the Agents Irish and Whisky series.

“Sexy, sweet and heartfelt, Annabeth Albert's Out of Uniform series is a fresh take on Navy SEALs that will delight and entertain romance readers.” ~Layla Reyne, author of the Agents Irish and Whisky series.


Thus, it was much later than he’d intended when he rolled back into the driveway at the house. Past dinner. Fuck. And he’d promised to help. He was falling down on the job already. Cursing himself, he entered through the side door, surprised by how quiet everything was. Were they in bed already?

A quick investigation revealed the truth—they were all in the family room, on the oversized sectional. A kids’ movie was playing softly on the TV, and Isaiah was passed out on the chaise part of the sectional, Liam asleep on his chest, girls sleeping cuddled up on either side of him, the blankets they were seldom without wrapped around them. Half a bowl of popcorn sat on the floor.

That seldom-used place in Mark’s chest pinged again, a deep ache that resonated through his whole torso. This was why he’d accepted the instructor position without much fuss. He couldn’t let it all fall to Isaiah. They’re mine now. Like it or not, these were his kids now, and it was time to start acting like it.

Giveaway: win 1 of 2 ecopies of any back catalog book by Annabeth Albert: