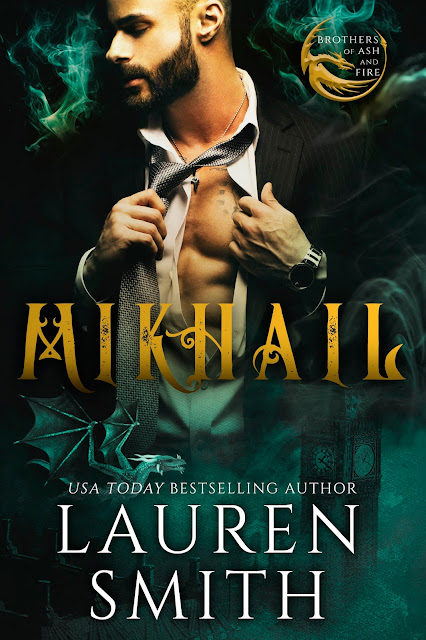 Mikhail
(Brothers of Ash and Fire #2)
by Lauren Smith

A dragon never leaves his hoard unguarded. His heart is another matter. The second eldest in an ancient line of Russian dragon shifters, Mikhail Barinov had one job: protect one of the family hoard of jewels. Distracted by the English virgin queen Elizabeth, who was as dazzling as she was devious; he lost everything.

Five centuries of exile later, news that a construction crew has unearthed a massive trove of gold and jewels sends him racing to London, determined to steal back his family’s treasure…and his honor. Professional gemologist Piper Linwood can’t wait to bury herself in her newest project, evaluating a hoard of Elizabethan-era treasure. But both her life and career are threatened when a mysterious, brooding man with a dangerous smile—and an even more dangerous kiss—snatches the lot.

Unwillingly swept along for the ride, Piper discovers Mikhail is no mere thief. And the dragon on his back is more than a tattoo. It’s a living, breathing extension of a bad boy she’s finding harder and harder to resist. But his heart is a treasure she can never own…because to save her career, she’ll have to betray his trust. 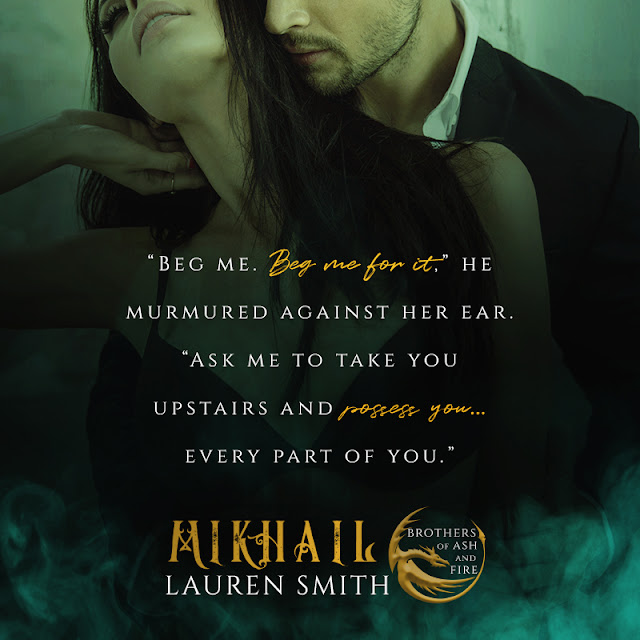 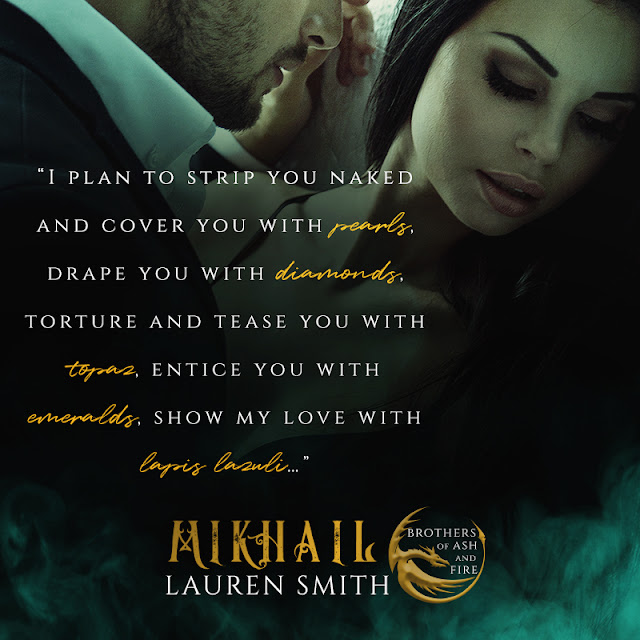 I really enjoyed Mikhail's story, especially after the little peek we got into his life in Gregori's book. This is the second book in the Brothers of Ash and Fire series and it can be read as a standalone, but I would suggest reading Gregori's book first because it was really good.


I am a big fan of Lauren Smith's stories, whether I am reading one of her historical's or her new paranormal romances I know that they will pull me into their world and have me feeling as if I am a fly on the wall watching everything happen right in front of me.

In this book we find out exactly what happened to Mikhail and why he hasn't seen his brothers in two hundred years, we also find out what had happened to him when he was exiled from his home. Let's just say that the guy can't seem to catch a break.

Piper was a great character, I loved the quirkiness of her and the realness I felt from her interactions with others. The chemistry between Piper and Mikhail was wonderful, it didn't feel fake or rushed they each felt the attraction and whether or not Mikhail had ulterior motives is a moot point because his feeling for her are genuine.

The other great thing about this story is how Lauren weaved some of England's real history into the story with the Cheapside Hoard. Fascinating really, after reading the book I googled it and read all about the discovery that took place in June 1912 because I hadn't heard of it before.

I am sooooo looking forward to Rurik's story which is up next, he is the youngest of the three brothers and most definitely the wildest of the bunch. 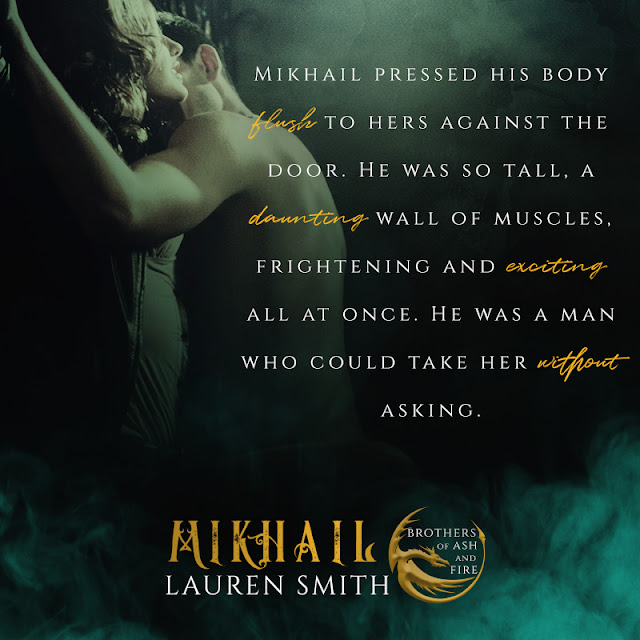 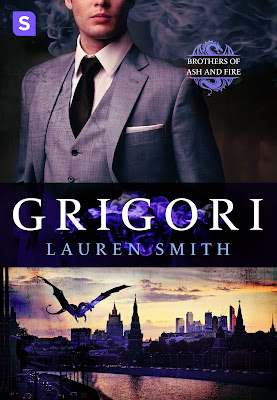 Grigori (Brothers of Ash and Fire, #1) by Lauren Smith