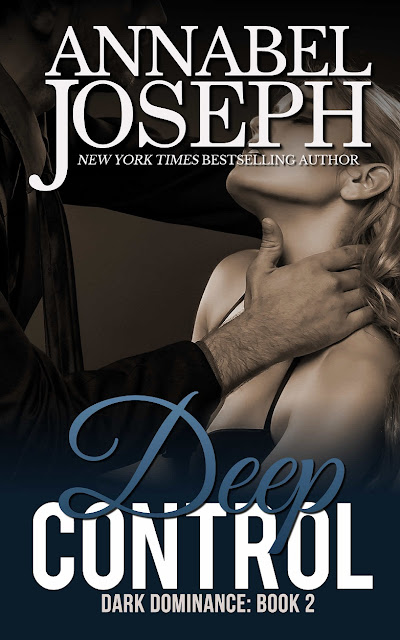 Not all fantasies are safe, sane, and consensual. Welcome to the world of The Gallery…


Devin’s a pilot and playboy, as well as a Gallery Dominant known for his sadistic desires. Ella is a famed physicist whose quiet intelligence masks a depraved longing for pain. When the two connect in a foreign dungeon, neither knows that one of them will soon save the other’s life.


From such dramatic beginnings, a mutual friendship grows, along with a daring D/s relationship. Is their play merely sensual, or do their feelings run deeper? Within the opulent walls of The Gallery, Devin and Ella explore ever-expanding limits and test the boundaries of trust… 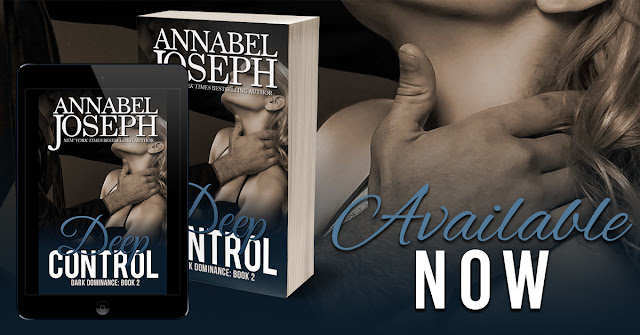 Ella is a bright, intelligent woman, she knows that her fear of flying is irrational but that doesn't make her less afraid in fact all of her fears come true...well some of them anyway. Devin and Ella have great chemistry and you can tell right from the start that they will be testing each others limits. Devin is a confirmed bachelor and has no plans to fall in love and change his ways but then again he never met a woman like Ella before.

I found this to be an extremely hot read with tons of sex scenes that could very well get a monk in the mood. While Deep Control is the second book in the Dark Dominance series it can be read as a standalone, which is what I did. But, if you're like me you will enjoy this book so much that you will want to go back and read all about Jules and Fort in Dark Control, up next we have Milo's story in Dangerous Control due out later this year. 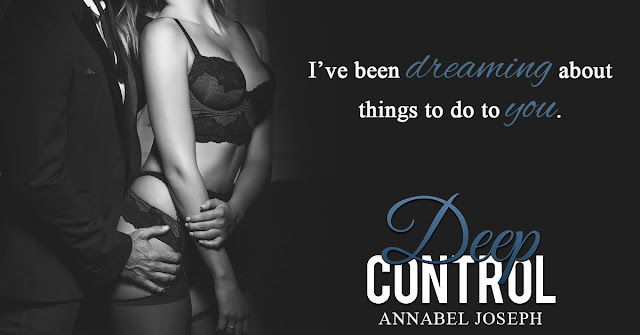 He shook his head and walked away, going for his clothes, dressing for a flight he’d take later, a flight I wouldn’t be on. He must understand that. I could never get on another plane, or a boat, or anything that would take me over the vast, unforgiving ocean that lapped this island’s shore.

Tears welled in my eyes as I stepped into my panties and then pulled a pair of jeans over my sore butt. I rummaged for a fresh t-shirt, and came up with one that said Astrophysicists Do It With Large Objects, a going-away gift from my Via Sofferenza friends. I shoved that back under the pile and chose a plain, faded blue one.

His sharp reply took me aback. “Are you angry with me?”

“Angry? No. Confused. A little annoyed with the way you run hot and cold.” He glanced down at his shirt, also a faded blue tee. We looked like twins. He snorted and poked the air between us. “We’ve had sex twice now. I’ve fucked every one of your holes, twice without protection. I saved your life, and you don’t trust me?”

“I trust you. I don’t trust airplanes!”

“I’m telling you, they’re safe. Air travel is the safest form of transportation, safer even than walking. What happened yesterday was a once-in-a-lifetime thing.”

“Why does this matter so much to you?” I raised my voice, cutting him off. “If you want to get on a plane and fly to New York, then do it. That’s fine, I won’t stop you, but I’m not going. I’m staying here.”

Even as I said it, I knew I sounded ridiculous. I couldn’t stay in the Azores forever, only because I was afraid to fly.

“You’re going with me,” he said, yelling across the gap between us. After all we’d done together, all the ways he’d groped me, we couldn’t seem to touch each other in our matching shirts. “I said I’d get you to New York, and I’m going to get you to New York.”

“You don’t need to get me to New York,” I said. “I’m thirty years old. I have a doctorate in astrophysics and cosmology. I’m a grown-up person and I’ll be fine.”

I took a step back, trying to understand why he made me feel so harried, so scattered. It wasn’t only my fear of flying, and that he was a pilot. It was fear of him, fear of his skill at taking over my body. As we stood there, glaring at each other, I imagined gravitational waves crashing between us, red and angry and jagged. I could lose myself in him, in this man whose career was based on my deepest phobia… 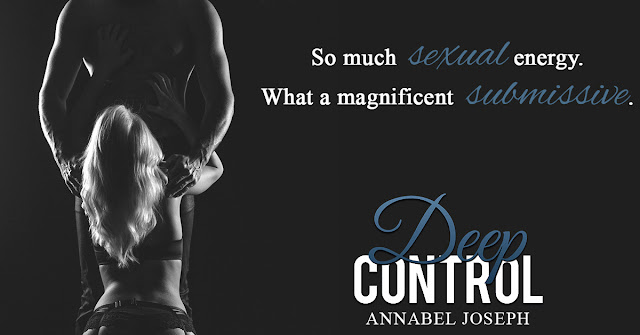 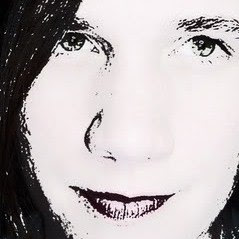