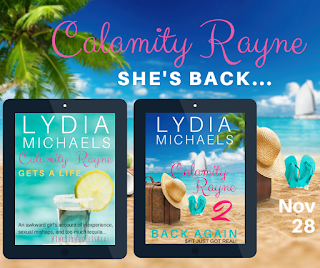 is the second book in the Calamity Rayne series
by Lydia Michaels
Release date: November 28, 2017 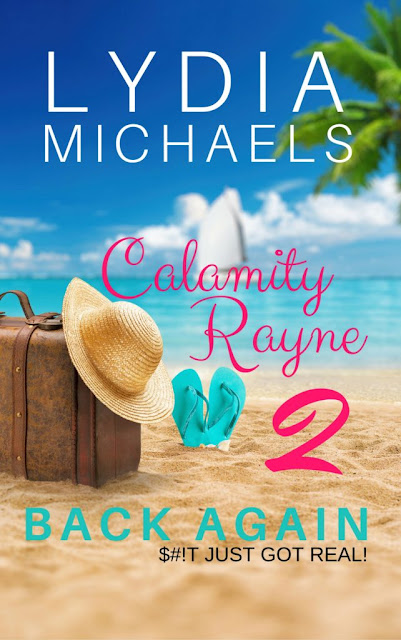 Genre: Romantic Comedy
Pages in print: 373
Rayne Meyers—a.k.a. Calamity Rayne—is back again!
After taking a position as personal assistant to one of the wealthiest, moodiest, and irreparable men in the world, Rayne’s life forever changed. Caviar and cruise ships have replaced her otherwise dull days, but the most exciting addition to her life is her boss’s son, Hale.
Hale Davenport lived a meticulous and methodical life—until Calamity blew in. Rayne has become the wrinkles to his starch, the chaos to his calm, and the murmur of his heartbeat. But when Rayne must return home, their relationship is put to the test. In the midst of a nasty lawsuit, a family feud, and trying to be a first time single father, Hale must prove to Rayne that their love can survive any Calamity.
She, on the other hand, must learn how to be an adult because shit just got VERY real. 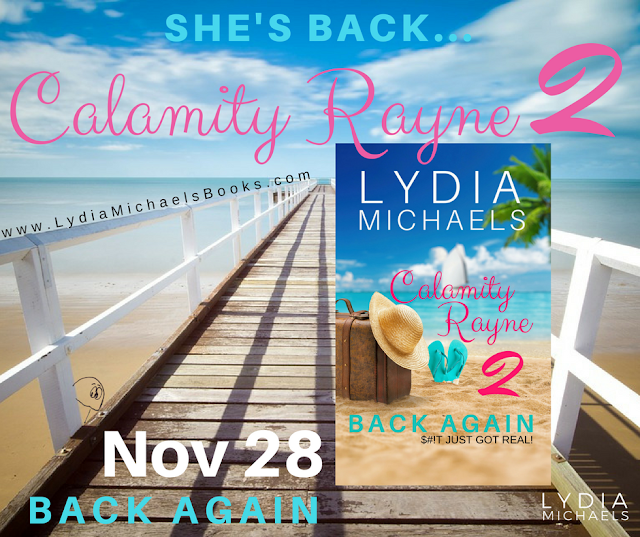 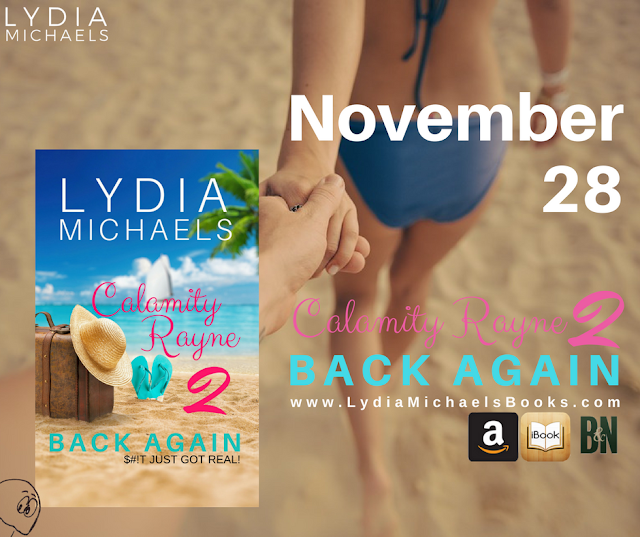 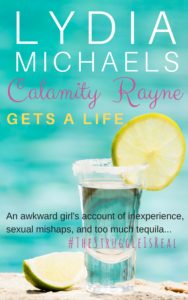 First Book in the Series is FREE

Free at B&N, Amazon, Kobo, iBooks and other retailers!
Calamity Rayne: Gets a Life (Book 1)
Publication Date: January 20, 2017
An awkward girl’s account of inexperience, sexual mishaps, and too much tequila…
Needing a change, Rayne Meyers—a.k.a. Calamity Rayne—sets out to be a personal assistant for one of the wealthiest families in the world. What could possibly go wrong? Inexperienced with sophisticated settings, she does her best not to screw things up too severely, except there’s one complication she didn’t foresee—her boss’s devastatingly charming son, Hale Davenport.

Hale is everything Rayne is not. He’s experienced, mature, and methodical about every part of his life. But when he meets his father’s new assistant, a woman nothing like the calculating females he’s used to, he is captivated and prepared to throw caution to the wind. Turns out, slightly awkward and sometimes silly sex might be exactly what his love life’s been missing and everything his heart didn’t see coming. 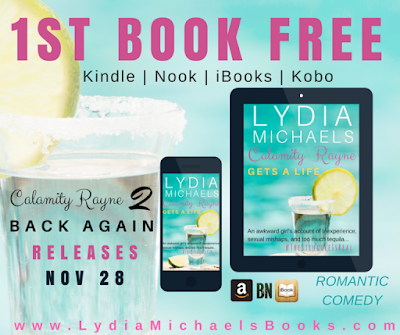 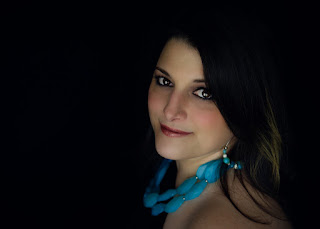 Lydia Michaels is the award winning author of over 30 romance novels. Her novels from the darkly compelling Surrender Trilogy were Apple iBooks Bestsellers and her work has been featured in USA Today. In 2015 she was the winner of The Best of Bucks Award and she has been nominated as Best Author in the Happenings Magazine two years running [2015 & 2016]. She is a four time nominee for the prestigious RONE Award. Her books are intellectual, emotional, haunting, always centered around love. Lydia Michaels loves to hear from readers! She can be contacted by email at Lydia@LydiaMichaelsBooks.com
Webpage: www.LydiaMichaelsBooks.com