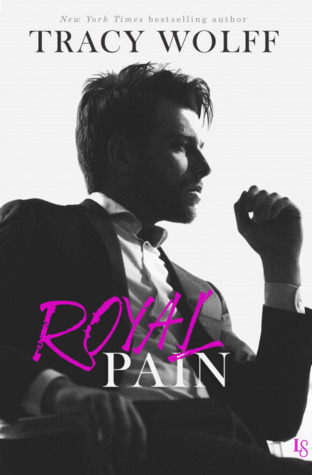 
He’s a womanizer. He’s cocky. He’s not exactly a prince. Only he technically is. Meet your new royal obsession in this addictive novel from New York Times bestselling author Tracy Wolff.

Being rich opens a lot of doors. When you’re rich and royal, those doors lead to a new bedroom every night. I should know. The tabloids call me His Royal Hotness, Prince Kian of Wildemar. Women across the world see me as a naughty fairy tale, an image I’m happy to indulge. As the spare to the heir, I’m the prince with none of the power . . . and all of the perks.

Then my twin brother is kidnapped, and suddenly I’m the one who could be king. The crown chasers start circling—and yet it’s a luscious waitress who catches my eye. With a smart mouth and the curves to back it up, Savannah Breslin is as brazen as I’d expect an American commoner to be.

But Savvy’s not interested in playing Cinderella. As sexy as she is, she’s no stranger to heartbreak. Besides, a nice guy wouldn’t drag her into all the drama that comes along with royalty. Lucky I’m not a nice guy. And, as it turns out, I might not even be her first prince. . . . 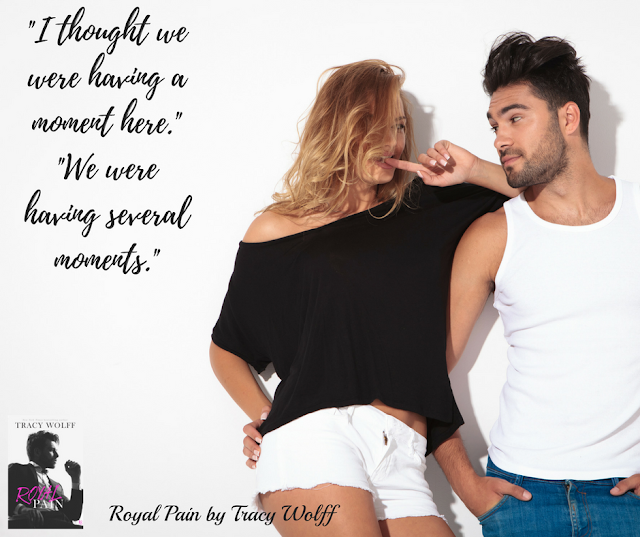 
From another woman, the invitation to get comfortable would mean she’s down to fuck, but I’m pretty sure Savvy just wants me to take a seat. More’s the pity. 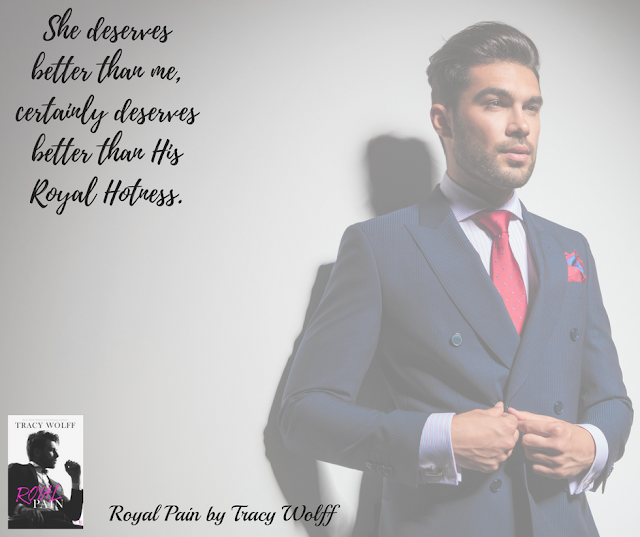 We've all heard the term "an Heir and the Spare" (just in case you haven't it means, Two children - typically in reference to members of the monarchy or nobility, said to need two children, one to succeed to a title and the other to guarantee the family line should anything happen to the first) well this book is about Prince Kian, the spare, aka His Royal Hotness, and what happens to the spare if anything should happen to the Heir.

I have to say that I did enjoy Kian and Savvy together, I didn't like that she was hiding something from him that she should have been upfront about at the very beginning. I LOVED Kian's bodyguards, there was just something about the three men hired to protect the prince at all costs, they were down to earth and funny, not something you would expect from anyone in their position and that is probably why I enjoyed them so much.

Kian is your typical elite playboy but he steps up to the plate (for the most part) when it is expected of him. Savvy, although she was hiding a very big secret, was great. I loved Savvy's spunky attitude and the way she kept Kian on his toes, they had great chemistry as well. My heart broke for everything Garrett went through and I look forward to reading his story in Royal Treatment which is due out April 2018.

This was a fun and sexy read and a good start to a new series by Tracy Wolff. If you enjoy stories where Royalty fall for commoners grab this book you will not be disappointed. 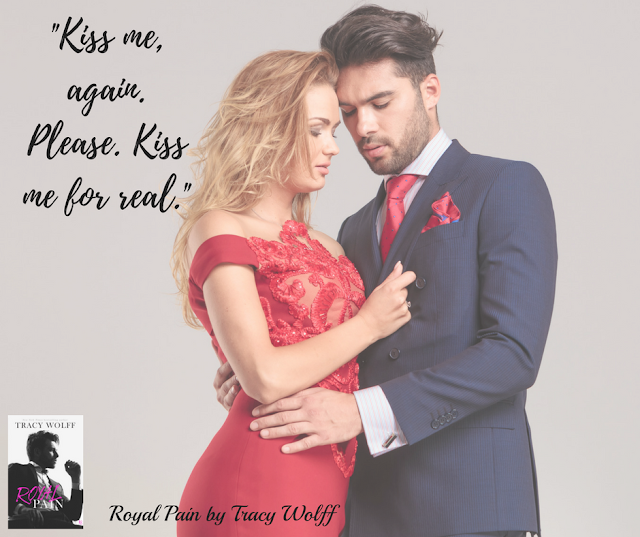 1. What authors have influenced the way you write?
Oh my gosh, This is one of my favorite questions ever! In another life I was an American lit professor, largely because books have been a huge part of my life even before I knew how to read. So the answer to this question is SO MANY AUTHORS have influenced me through the years. SO, SO MANY. But I’ll try to keep my list here at an (almost) reasonable number: Sandra Cisneros, Joyce Carol Oates, F. Scott Fitzgerald, Edgar Allen Poe, Nora Roberts, JR Ward, Patricia Cornwell, Karin Slaughter, JD Salinger, Judy Blume, Meg Cabot, Nalini Singh, Susan Elizabeth Phillips … and though there are a ton more, I think I’ll end there ☺

2. Can you tell us about your upcoming book?
Yes! Thank you so much for asking!!! Royal Pain is the first book in my His Royal Hotness Duology, and it is about Kian, who is the spare and not the heir (much to his delight) to the throne of Wildemar. The book opens as all that changes—his twin brother, who is the heir, is missing amid foul play and suddenly Kian finds himself going from Royal playboy to Royal decision maker in the blink of an eye. Too bad he’s never paid a lot of attention to Royal politics before now. Add in his fear/continued search for his brother and the fact that he’s falling for Savvy—a free spirit with more than a few secrets—and his life has gotten really, really complicated really, really fast.

3. What do you like to do when you aren't writing?
Usually, try to herd my three boys into some semblance of order (which is a lot like herding wet cats). I like to cook, watch movies with my family, hang with my friends, read, try out new products at Sephora (which I do entirely too much—I’m a total make-up junkie), and thrift shop for vintage jewelry. I’m also forcing myself to go to the gym 4 days a week. I hate it, but I’m doing it :/

4. What are some books that you enjoyed recently?
I wrote this for You PLEASEFINDTHIS by Iain S. Thomas, The Inexplicable Logic of Life by Benjamin Alire Saenz, A Conspiracy in Belgravia by Sherry Thomas, Beat by Beat by Thomas Klick, Secrets in Death by JD Robb, What a Light by Jay Asher, and Paper Princess by Erin Watt

5. Name three things on your desk right now.
A stack of pink, orange, green and turquoise post-it notes, a One Direction cup overflowing with pens, and a pair of super glittery hoop earrings.

Tracy Wolff collects books, English degrees and lipsticks and has been known to forget where—and sometimes who—she is when immersed in a great novel. At six she wrote her first short story—something with a rainbow and a prince—and at seven she forayed into the wonderful world of girls lit with her first Judy Blume novel. By ten she’d read everything in the young adult and classics sections of her local bookstore, so in desperation her mom started her on romance novels. And from the first page of the first book, Tracy knew she’d found her life-long love. Now an English professor at her local community college, she writes romances that run the gamut from contemporary to paranormal to erotic suspense.

And for all of those who want the unedited version:
Tracy Wolff lives with four men, teaches writing to local college students and spends as much time as she can manage immersed in worlds of her own creation. Married to the alpha hero of her dreams for twelve years, she is the mother of three young sons who spend most of their time trying to make her as crazy as possible.