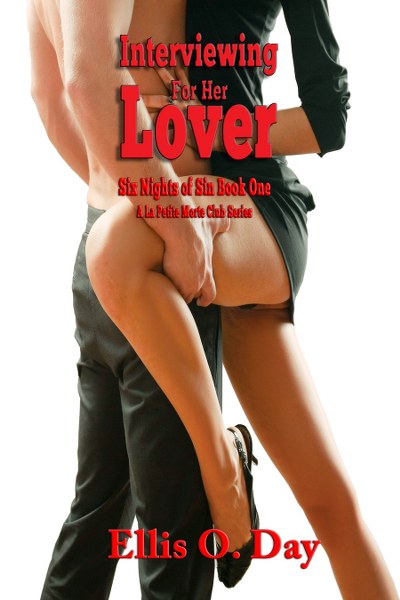 Interviewing For Her Lover: Six Nights of Sin (Book 1)

This is erotica with love. So, it's only intended for those eighteen and older.

Sarah wants a lover, but she wants one on her terms. She doesn’t have time to date and picking a guy up at a bar is not only dangerous but it doesn’t guarantee he’ll let her act out her fantasies. When she hears about La Petite Morte Club—a place for willing males and females to meet with rules and contracts so that all parties leave satisfied—she knows it’ll be perfect.


She signs up with the club and starts the process of finding the man who’ll be her lover for six nights. Six nights of fantasy—his and hers. Six nights of sex and then they’re done. Simple, uncomplicated and fun, but she doesn’t count on Nick’s ability to make her desire everything he has to offer and more.

Warning: This series has hot, steamy, sometimes kinky sex and is meant for mature readers only (18 and older).

“Come here.”  He shifted his chair so it was facing away from the table.
“Why?”  She wanted to obey, but she forced herself to remain seated.
“I’d like a better look at what you showed the other night.  A closer look.”
The throbbing between her legs made her shift on her seat.  If she got too close and he touched her, she’d let him do anything.  She wanted him that badly.  She stood.  “No touching.”
He frowned but nodded.
She walked over to him, her hands shaking a little.
“Turn around.”
She did as he commanded.
“Raise your skirt.”
Her hands trembled as she gathered the cloth between her fists, slowly raising it to right below her butt.
“Higher, please.”  His voice was a whisper of desire that twisted in her stomach and settled between her thighs.
“That’s as high as I went the other night.”  She wanted to raise her skirt all the way and sit on his lap, take him inside of her, but this wasn’t the time.  They still had a contract to go over.
“May I touch you.”  He’d leaned forward, his breath a heated caress at the small of her back.  “Just where your skin is bare.”
She shouldn’t, but she nodded.  She could swear she heard the smile in his exhale as his hand, rough and warm ran up her outer thigh and then down before sliding around to the back.  His fingers trailed upward, this time on her inner thigh.  It was a slow caress and she wanted to spread her legs to give him better access, but he stopped right at her skirt.  Her heart pounded, wanting him to continue and his breathing was warm and ragged on her legs.
“Turn around.”
His voice was barely a whisper but it may as well have been a command because there was no way she could disobey.  When she turned, his face would be right where she wanted it.

Interview with the Author

Q. – So, why should someone read the Six Nights Of Sin series?

This series also has a rich, alpha male and who doesn’t love to read about handsome, billionaires with hearts of gold? I know I love reading these kinds of books and writing them. I truly believe that one of the cornerstones of a great relationship is fabulous sex and my books have that and more.

On top of all those reasons, you’ll get your first glimpse into La Petite Morte Club—a sex club where almost anything goes as long as the participants are willing. There will be at least four additional series surrounding this club and possibly more, depending on what characters pop out of the woodwork as we wander deeper into the club and its activities.

Q. – Who should read the Six Nights Of Sin series?

Tell us about a favorite character from a book.
I love Scarlett O’Hara.  I think she was the first character I read who was not always good.  She did some truly awful things, but I really felt for her.  I try and make my characters like that – human.  We all have good and bad inside of us and we sometimes do both.

Describe your writing style.
I get an idea - sometimes a character, sometimes a scene and then I go with it.  I let the character talk to me and lead me into his/her life. It’s hard to do this sometimes.  In the book that I’m working on now, I trudged through pages before I was finally, able to say – “Ah, there you are.”  Sometimes my characters are shy and don’t want to reveal themselves to me, but I’m persistent.

What makes a good story?
For me, character is most important.  I mean, the story has to be good, but I have to feel something for the characters or it doesn’t matter.  There are books and TV shows out there that have great concepts but the characters fall flat.   The TV show Alcatraz that was out a few years ago was one of them. The concept was great but it just didn’t work.

What do you do to unwind and relax?
Lately, I’ve been taking Sunday afternoons off.  M-F I work my dreaded day job and then come home and work until about 10 pm.  I’m up at 5 am to get ready for work.  Saturdays, I run errands and write.  Last Saturday I didn’t finish writing until after 8 pm.  So, on Sundays, I’ve been giving myself a bit of a break.  I usually work until between 1 and 3 pm and then relax.  I plop my butt on the couch and watch TV.  It’s mindless and fun.  Sometimes, I cook.  I enjoy cooking but that could be because I only do it when I want to.

How to find time to write as a parent?
I’m not a parent so I can’t answer this because although I call my dogs and cats my babies, they don’t take up near the time that kids do.  I know.  My niece and nephew stayed with me a few summers ago.  I barely had time to write.  So, I don’t know how you writers with kids do it – but I admire you.

What made you want to become an author and do you feel it was the right decision?
I’ve always wanted to write. I can’t remember a time when I didn’t. However, I was afraid—afraid of trying and failing.  If I never tried, I could always tell myself that I would’ve been a huge success if I’d actually put in the effort.  One day, I got angry enough to sit down and actually write a story – a complete one, not just parts of several.  I haven’t looked back since.  Yes, it was the right decision.  I’m happier.  More tired too, but happier.

A day in the life of the author?
Well, since I’m not a full time author (unfortunately) here goes.
I’m up at 5 am.  I take care of my animals and get ready for work.
Leave at 6 am.
Arrive at work at 7 am.
On my lunch hour, I pull out my laptop and write.
Leave work at 4 pm.
Get home between 5 and 6 (depending on if I have to stop anywhere).
Walk dogs and do some light chores until about 7-7:30.
Sit down at the computer and work – writing, editing, marketing, etc.
At 10 pm go to bed.
Get up around midnight or one and exercise.
Go back to bed.
Day is done!

Sarah has enlisted the help of a close friend to find her a man that will meet her needs for six passion filled nights. There will be interviews and contracts then after the six nights they will go their separate ways....well that is what is suppose to happen anyway.

The chemistry between Sarah and Nick was great, there was no doubt that these two were perfect together.
This was a HOT quick read that left me wanting more, and since this is a series you bet I will be reading the rest of Nick and Sarah's story. 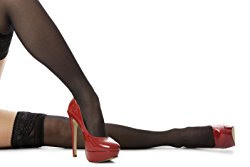 Ellis O. Day grew up with her nose buried in books and now enjoys writing the kind of stories she loves to read. Romance—the steamier the better. She believes that the cornerstones of all great romantic relationships are: love and friendship, trust, attraction and fabulous sex. Her stories contain all of these (especially the last one).

Get the first two books in the Six Nights of Sin series FREE!

Follow the tour HERE for exclusive excerpts, guest posts and a giveaway!