We are excited to bring you the next book from Juliette Poe. STUBBORN AS A MULE will release on July 20. This is the next standalone novel from sweet and swoony A Sex and Sweet Tea Series.

Down in Whynot, NC, there are three things that hold true: 1) life moves just a little bit slower, 2) family means everything, and 3) you don’t mess with history.

Melinda’s about to get a lesson on life in the south, but Lowe is about to learn a lesson of his own – this city girl doesn’t back down from a fight. 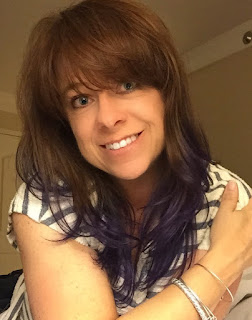 Juliette Poe is the sweet and swoony alter ego of New York Times Best Selling author, Sawyer Bennett. A fun-loving southern girl, Juliette knows the allure of sweet tea, small towns, and long summer nights, that some of the best dates end sitting on the front porch swing, and that family is top priority. She brings love in the south to life in her debut series, Sex & Sweet Tea. When Juliette isn’t delivering the sweetest kind of romance, she’s teaching her southern belle daughter the fine art of fishing, the importance of wearing Chucks, and the endless possibilities of a vivid imagination. Twitter |Facebook | Instagram
at May 18, 2017