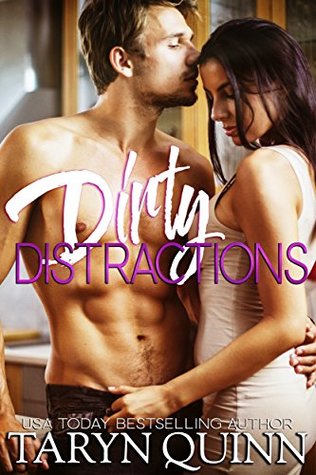 As a mechanic, Brad’s good with his hands. And he wants to put them all over Sara.

Sara might be a doctor who works with birds, but Brad’s the one who knows how to find all the right spots to make her purr. She wouldn’t mind that, if only she wasn’t ten years plus—mumble, mumble—older than him.

And if he wasn’t her best friend’s brother. Her younger brother.

Brad doesn’t care about their ages or the differences in the worlds they come from. They’re roommates, living together while Sara’s apartment is being renovated.

But they aren’t living alone. Brad’s big sister lives there too. And Sara’s pretty sure her bestie would prefer not to hear Sara having a screaming O with her brother.

Or a few dozen of them.

Then again, maybe rules are meant to be broken. And perhaps opposites attract—and age differences don’t matter nearly as much as other numbers.

Like how many days it takes to fall in love.

Book was previously published in 2013 from Samhain Publishing by Cari Quinn and has been lightly re-edited.

This was a fun sexy read. I really enjoyed the age difference between Brad and Sara, and how Sara struggled to come to terms with it helped make it more of a realistic coupling. PLUS the fact that Sara was Brad's sister Kim's best friend added another layer to the story....it made it much more exciting for them to be sneaking around behind Kim's back while they all lived in the same house, although Brad wasn't to happy about that.

I'm looking forward to Kim's story which is up next.