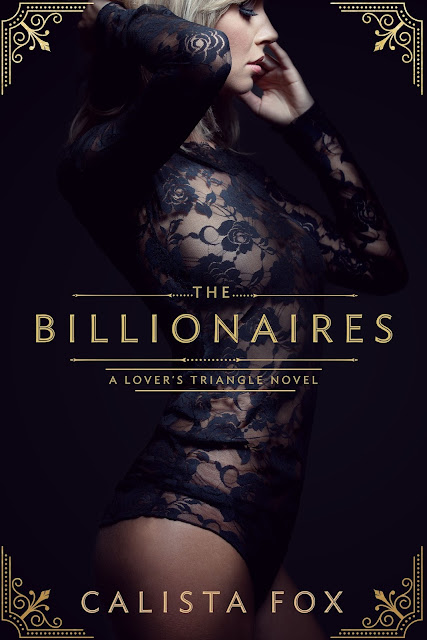 Summary:
100 Shades of Sin...In The Billionaires, Calista Fox delivers a sexy and sensuous friends-to-lovers tale with a delicious love triangle twist.Jewel Catalano, Rogen Angelini, and Vin D'Angelo had been childhood best friends, spending every possible moment with one another. Rogen became her first love, the first one to show her what pleasure could be. Until a volatile feud erupted between their powerful California wine country families and she and Rogen were torn apart from each other. What she didn't expect was to find comfort and passion like she had never known in Vin's arms and bed. But when that too ended in disaster, Jewel moved to San Francisco to work for the Catalano empire. Years later, a series of daring acquisitions brings Jewel back to River Cross, the hometown where Rogen and Vin have recently returned as well. Jewel has the curves, the smarts, and the success to bring any man to his knees—especially the two men who remained best friends and still burn to possess her.Mixing family business with erotic pleasure ignites a smoldering love triangle. But in order to pull off the bold deal that will build the trios’ own legacy and to stay in their heady, sensual paradise, they must discover what true love really is—or lose everything their hearts' desire.

Copyright © 2017 by Calista Fox and reprinted with the permission of St. Martin’s Griffin.

This was such a fun read. I have enjoyed other Ménage à trois stories by Calista Fox but I have to say that this was my favorite one.

Jewel, Rogen, and Vin have a past, Jewel dated both men and loved them, at different times, she also had her heart broken by each of them. Now fast forward seven years, Jewel and Rogan's families are in a feud but they co-own a large area of property that Jewel wants to purchase from them. Will the families go along with her plan? If things were only that easy!
Vin and Rogen enjoy sharing women but neither of them have ever committed to a relationship other than with Jewel, I found this rather interesting especially since it had been so many years since either of them have seen her, but I guess the heart knows what the heart wants....and the three of them will never be the same once they go with what they all truly want.
Things heat up rather quickly in this story but it didn't feel rushed I guess that is because I was fully aware of their past relationship. I will say though that was shocked me was the reasoning behind the feud, I did shed a few tears because seriously how could I not when a mother spills her guts about what happened so long ago...WOW, talk about emotional!!
This was a fantastic start to the Lover's Triangle series and I look forward to seeing what comes next. 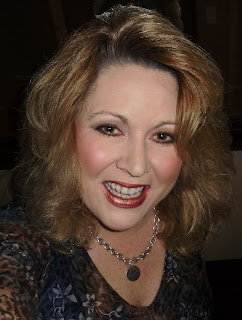 Calista Fox is a former PR professional, now writing fast-paced, steamy books to set readers’ pulses racing. She has won many Reviewer’s and Reader’s Choice Awards, as well as Best Book Awards. Calista has crossed the country many times over by corporate jet and travels internationally, always with her laptop in tow to capture intriguing story elements and exotic locales! She is also a member of Romance Writers of America and a Past President/Advisor of the Phoenix chapter. Her books include the Lovers Triangle and the Burned Deep series.

How did you get into writing?

Calista: I was in PR and proposal development for a military heath care company and was traveling the majority of my time. To decompress, I started writing stories, which I hadn’t done since college. I have a writing background, so PR to novelist wasn’t a difficult leap!

How do you go about writing a story? What's your writing process like?

Calista: I tend to wake up with a half-dozen new ideas and I weed through them during my morning walk and write down the ones that stick. Then I start building the story in my head and doing my research. Once I have a really good idea of my plot, who my characters are and what journey they’re on, I begin with a trailer in my mind and let it build into a movie that I play over and over—with alternate endings—until I’ve fully developed the book I want to write. Then I sit down at the computer and go for it!

In your opinion, what’s the best part of THE BILLIONAIRES?

Calista: My favorite thing about this story is that three independent and savvy people are not only able to face all the issues from their past and work through a tangled mess of emotions and sexually charged feelings, but they also band together to build their own legacy outside of their family names and bring feuding lifelong friends together again. The romance is hot, make no mistake—but there’s so much more going on in this book!
at April 06, 2017