Matthew Bennett has suffered the worst sort of betrayal a man can ever know, and he’s trying to put his life back together after years of unhappiness and emotional neglect. He desperately needs the care and devotion of a good woman, someone who will not only erase the hurt he’s experienced, but help him cope with the tremendous stress and responsibility he endures daily as the CEO of a multibillion dollar corporation.
Through the yoga classes that she teaches, and her successful massage practice, Sasha Fonseca spends her days helping others improve their health and wellbeing, and also learning to combat stress. She leads a simple but serene life, content with the little she has, but shies away from any sort of long term commitments or serious relationships. Her unconventional upbringing has also made her fiercely independent, and she won’t let anyone try to mold her into something she’s not ever again.
Sasha is enlisted to help Matthew in a professional capacity, but it isn’t long before she finds herself drawn to him on an emotional and physical level as well. With a woman like Sasha in his life, Matthew finally believes he’s found the happiness that’s eluded him all these years. But will his scheming, soon-to-be ex find a way to destroy him once again, or will he get the happy ending that he deserves?

When I picked up this book by new-to-me author Janet Nissenson I wasn't sure where it was going to go, I have to admit that I was a bit on the fence when it started off with Matthew being married. In the synopsis it states that Matthew has suffered the worst sort of betrayal a man can ever know, and we get to see that betrayal right at the start. Please know that Matthew does NOT start a relationship with Sasha until he has separated and filed for divorce, I do not consider this cheating but I am aware that some might.

Matthew is a great father to his two children and is there for anything they need even if that means breaking plans with Sasha. I think Sasha was a breath of fresh air, she was always well balanced, never flew off the handle over anything, mediation and yoga were her go to's for stress relief....I need to check that out ;)

I loved Sasha and Matthew together, they definitely worked well as a couple and they balanced one another out. What I didn't like was Lindsey and Haley, man these two....oh boy! There was angst in this story and it take a while to work through but we do get a HEA in the end. I will admit to shedding a few tears during this book, my heart just broke when Matthew found out just how devious Lindsey could be.

Serenity is the fifth book in the Inevitable series but I read it as a standalone and I wasn't lost at all but I will say that it has me intrigued about Sasha's friends and how they each got their HEA, I will go back and read their stories at a latter date.
═ • ═ • ═ • ═ 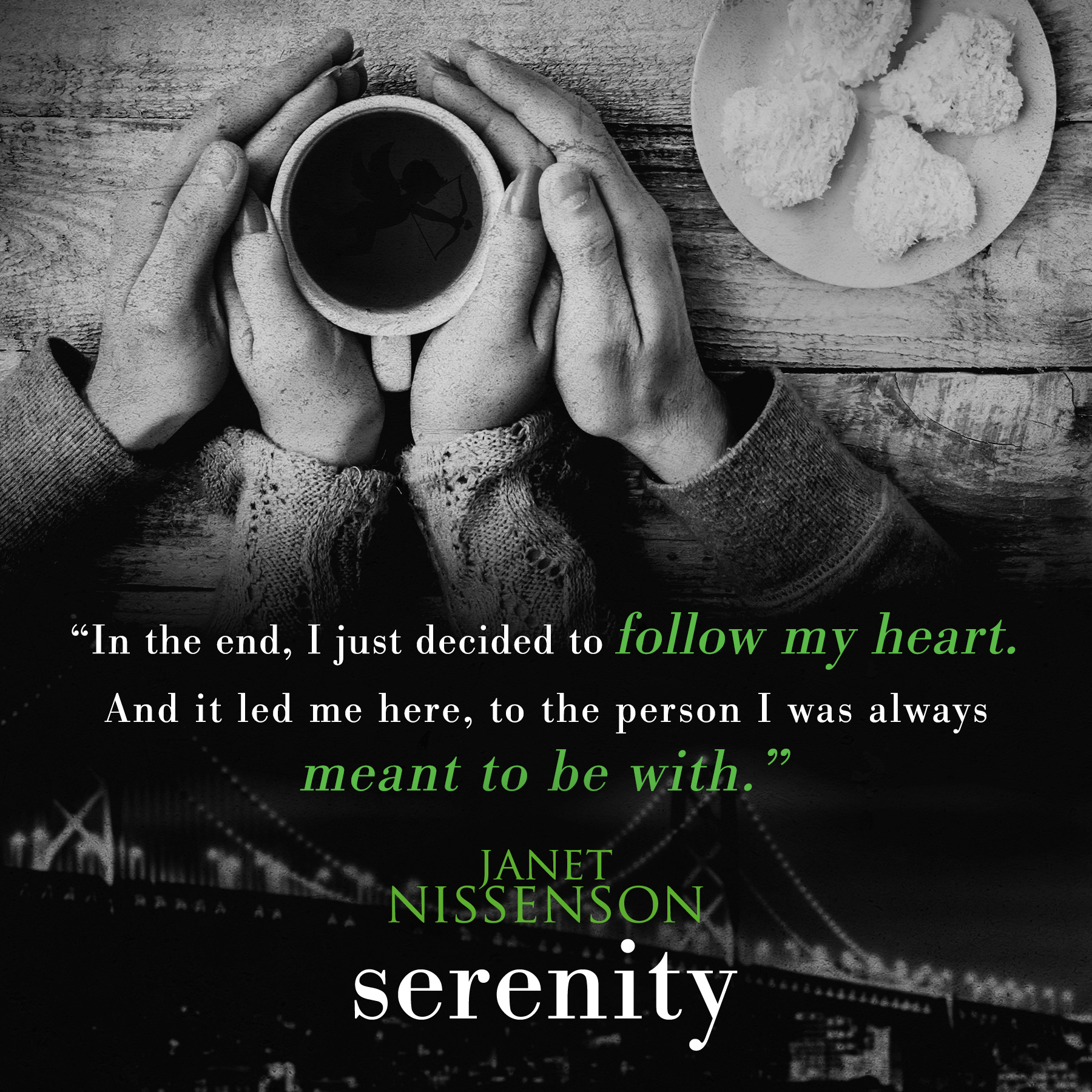 Janet is a lifelong resident of the San Francisco Bay Area, and currently resides on the northern California coast with her husband Steve and Golden Retriever Max. She worked for more than two decades in the financial services industry before turning her focus to producing running events. She is a former long-distance runner, current avid yoga practitioner, is addicted to Pinterest, likes to travel and read. She has been writing for more than three decades, with her first book in the Inevitable Series - Serendipity - published in December 2013.