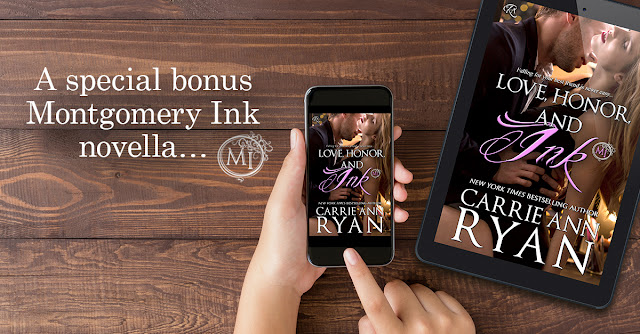 About LOVE, HONOR, AND INK

In a bonus Montgomery Ink novella, it seems that falling for your best friend isn’t as easy as fiction says and friends of the Montgomerys might finally find their happy ever after.

Wedding planner Arianna King had everything planned out down to the last detail until her father's ultimatum changed everything. Now she’s alone, trying to open her own business, and seemingly failing at every corner. Just when things start to look even bleaker, she’ll find out just how much she can rely on her best friend—and herself.

Being in love with your best friend isn’t always easy as Harper Rosso knows. He’s been by her side since the beginning, but now that she finally has time to breath, he might just be able to show her what he could be for her. Only he’ll have to make sure he’s ready to take that chance and perhaps lose her forever.

Sparks fly between the two of them once they finally take their relationship to the next level. Only the burning temptation than fills them might not be enough in the face of what they left behind and what threatens their future. 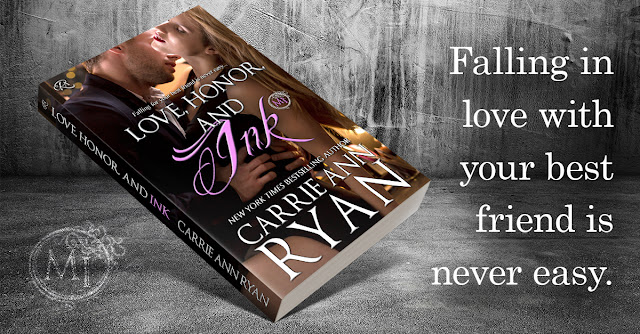 This was a great addition to the series, but if you haven't started the series yet don't worry you can read this book then go back to the beginning and nothing will be spoiled.

Arianna King has been working for her families company for a while now and she is expecting a promotion but what she gets it an ultimatum that changes the course of her life.

Harper is Ari's best friend but he's been keeping a HUGE secret from her, something that everyone else sees but her. He's been in love with his best friend for years and now might just be the time to let her in on his secret.

The chemistry between Ari and Harper was great, you could tell that they always loved one another as friends but then something started to change and they were both afraid of the what ifs,  what if they took it to the next level and it didn't work out, what if they were the only one with the sexual attraction.  I always enjoy a good friends-to-lovers story and this was a very enjoyable read.
(I read this as part of the Once Upon a Valentine Anthology which is no longer available, but this story is now available separately) 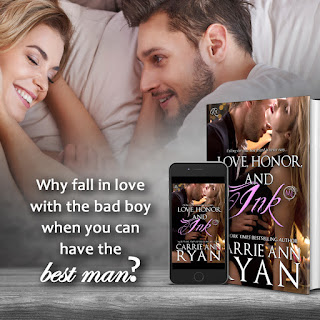 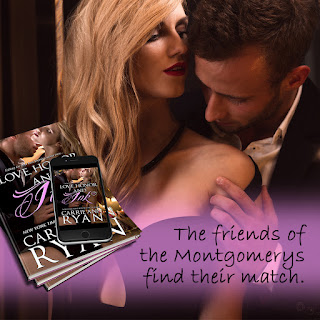 Without bothering to knock, he unlocked the door using the key she’d given him a couple of years ago and walked inside. Despite the fact that the sun had just set, and darkness crept through the windows, she hadn’t turned on any lights. He closed and locked the door behind him, toed off his shoes so she wouldn’t yell at him for ruining her carpets again, and went in search of her.

If she’d merely had a bad day, Harper would expect to find her up in her tub with her eReader. He drew up short, cursing his dick. Thinking about Ari slick and covered in bubbles wasn’t the right direction for his mind to go. Not now.

But since Ari had probably dealt with Justin that day, Harper had a feeling this might take more than a bubble bath to get over.

He headed to the kitchen, and that’s where he found her.

She sat on the kitchen floor between the two counters, her shoes beside her tossed to the side. Was it wrong that she looked damn sexy with those stocking feet and short skirt even though he knew she probably wanted to scream or cry at the moment?

Her light pink and grey outfit had wrinkles in it—something he never thought he’d see on Ari, and even her sexy blonde hair looked like she’d run her fingers through it over and over.

Without a second thought, he took off his jacket and slid down beside her without speaking. She looked up at him with those big green eyes, and he fell for her all over again.

Not that he’d tell her that.

“Hey, you,” she said, her voice a little slurred.

That’s when he noticed the beer bottle in her hands. He raised a brow. “Beer, Ari, really?”

She grinned up at him and leaned into his side. He lifted his arm so she could sink into him. “You know I hate wine. People say it’s fruity or whatever, but all I can taste is chemicals.”

“You just aren’t drinking the right wine.” He ran his hand down her side, and she sighed. The little sound went straight to his cock but he’d long since learned how to control his physical responses around Ari.

At least he tried to.

“Shut up, Harper. You don’t like wine either.” She brought the beer up to her lips, and he patted her thigh.

“True. I’m more of a beer man myself.” With that, he took the beer out of her hands and took a sip.

“Hey, that’s mine.” She slapped his stomach, and he grinned around the bottle. “Why is your stomach so hard? I think I hurt my hand.”

He sucked in a breath and told his dick to calm down. She was drunk, and he wasn’t an idiot.

“What? It looked good,” he teased.

She smiled at him, and for once, it looked like a true one. He relaxed somewhat. If she could still smile at him, then all was not lost. 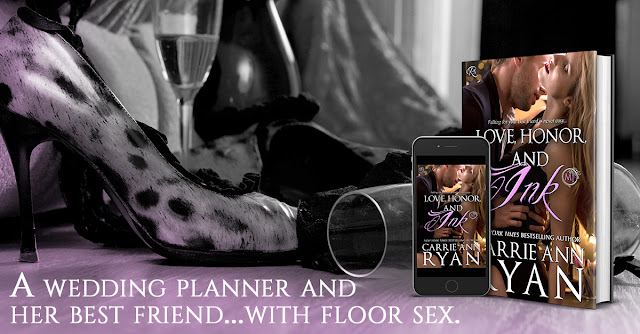