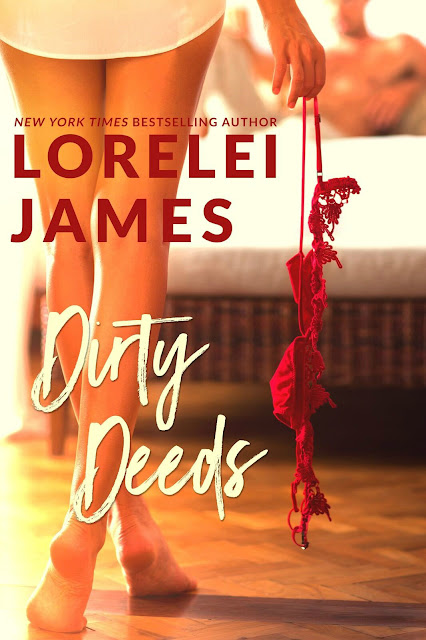 Landscaper Nathan LeBeau knows exactly how to use his big equipment to make the earth move. The Native American bad-boy has a reputation for getting filthy—in and out of the bedroom.

Smart and sexy Tate is exactly the type of woman Nathan’s been looking for. But he wants more than another fling, so he digs in his heels to prove to Miss-I-Don’t-Need-Romance that taking things slow will lead them to something real.

But Tate isn’t interested in being romanced—even when Nathan’s sweet and charming ways are hard to resist. She’ll use every tool at her disposal to convince the former player to play with her and that getting down and dirty together is as real as it gets. 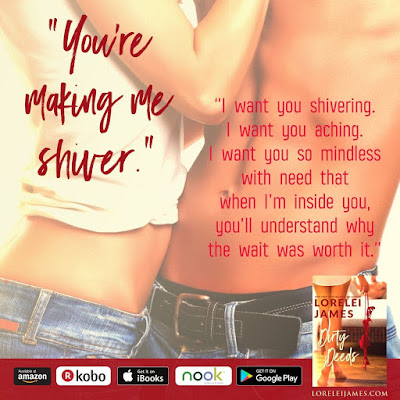 I didn't read Dirty Deeds when it was first released in 2006 but it has had over 2,600 revisions made and is now being re-released. I cannot say anything negative about this book it had it all, a charming Hero, Nathan LeBeau, an enchanting heroine, Tate Cross, and a great story line. I loved the chemistry between Nathan and Tate.


"Tate was dynamite. He was a match. An explosive combination they couldn't set off right now".

But can they make this relationship be what they both want even though they want different things? Only one way to find out...grab your copy today! 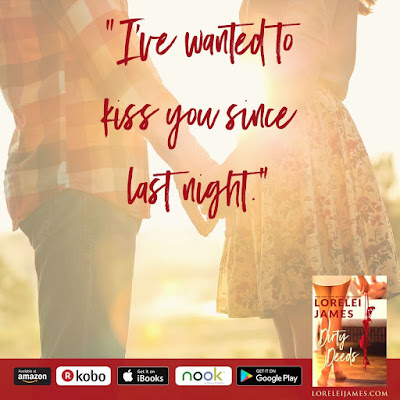 “The closest I’ve ever been to nirvana was during an orgasm.”

Tate Cross rolled her eyes. Where did Val come up with this stuff?

Undaunted, her friend Val shifted her pregnant belly. She broke the chocolate bar in half, sucking at the apricot filling oozing over her finger. “But this”—a satisfied moan escaped—“is running a close second.”

Tate narrowed her eyes. “But if we were talking about sweaty, grungy cowboys in tight jeans, whinin’ ’bout lovin’ the wrong woman, drivin’ off in dusty pickups to the local bar for a shot of pain-easin’ whiskey, you’d pay attention.”

“Country music always gets me hot.”

A sly, dreamy look drifted over Val’s face. “This one was conceived when Rich brought home that Stetson and we played—”

“Baby roulette? Apparently Richard’s six-gun was fully loaded that night.” With a grin, Tate gestured to Val’s stomach. “Seems that elusive slice of sexual heaven has a high price.”

“Being pregnant isn’t bad.” Val lovingly rubbed her hand over her swollen abdomen. “And a great sex life is not elusive.”

“Maybe not for you. You have the perfect man.” Tate tamped down on a rare surge of jealousy. She doubted Val’s perpetual rosy glow was entirely pregnancy related.

Tate cocked a brow. “Your lawyer husband laughs at your lawsuit jokes?”

“Of course.” Val tipped her glass of milk against Tate’s in a mock toast. “My fabulous sense of humor is the reason he married me.”

Tate choked back a giggle; milk nearly squirted out her nose. How mature. Here she was trying to have a sophisticated conversation about sex and not act like the goggle-eyed ingénue Val remembered her to be.

Val smiled. “I’ll admit our compatibility inside the bedroom played a key role. Love at first sight. It can happen.”

“Not to me.” Tate snatched the candy from Val’s plate. Swapping sexual quips was one thing, forking over the last piece of chocolate fell into an entirely different realm. Mmm. She savored the sinful flavor; it was indeed close to orgasmic. Not that she had anything to judge it by lately.

“This is the first lunch we’ve had without my kiddos since you’ve come back to South Dakota and we’re discussing my sex life? I should be spellbound by your wild sexual adventures in Mile High Stadium. Or cavorting naked on the beach in Cozumel.”

“Get real.” Tate snorted. “There’s nothing to discuss.”

A cascade of auburn ringlets brushed Val’s heart-shaped face when she shook her head. “Then I’m sorry for you.”

“Me too.” Tate traced the ruffled edge of the crocheted place mat. “I have no life at all, besides getting this house ready to sell. I haven’t done the deed for…” Mentally, she counted back and shuddered. “At my sexual peak. What a joke. I’m supposed to be worried about my partner pleasing me instead of whether I’ve got enough AA batteries.”

Without missing a beat, Val said, “No judgment, but I couldn’t live without that intimacy. Connecting with Rich on an elemental level whenever, wherever we want.” A satisfied sigh gusted forth. “Except now we’re forced to be discreet.”

“You and Chris Taylor weren’t very discreet, if I recall.”

“That’s the only time,” Tate grumbled. “No one believed ‘Miss Goody-Two-Shoes’ boinked the school bad boy that night at the lake anyway.”

“How did you pull it off?” Val mused. “I mean, didn’t you find it awkward to roll a cold, wet Speedo over a stiffy?”

“Hah! Didn’t it just figure my first experience with a penis outside Playgirl magazine and his dick was more like a clammy, fat worm than the ‘throbbing rod of manhood’ I’d expected.”

She drifted back to the summer of her senior year she’d spent with Aunt Beatrice. It’d been easy convincing studly Chris to change her virginal status. But the quick tryst on his Harley hadn’t included passion, and Chris had been clueless on demonstrating carnal secrets. That flagging sense of disappointment still dogged her. Would she ever discover the powerful sexual connection her friends raved about? When?

“Forget Chris and his unimpressive rod. Although it makes sense why he’s fat, bald and married to his motorcycle shop.” Val paused and offered, “I could set you up with someone, if you’re interested.”

“Who?” Tate snapped back to attention. “Is he nice?”

“Nothing doing. I’m done with nice. This little chat has reinforced my decision. The next affair I start will be purely that. An affair. No strings, no promises. Just sex. Lots of hot sex.”

Val daintily wiped off her milk mustache before expelling an unladylike burp. “Excuse me. Run that by me one more time?”

“You heard me. Sex. I want sex. The steamier, the nastier, the better. 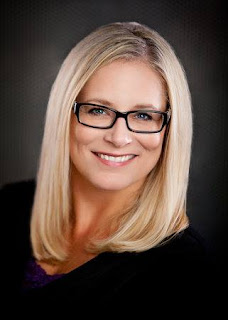 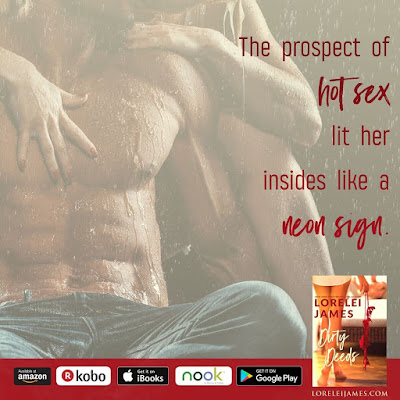