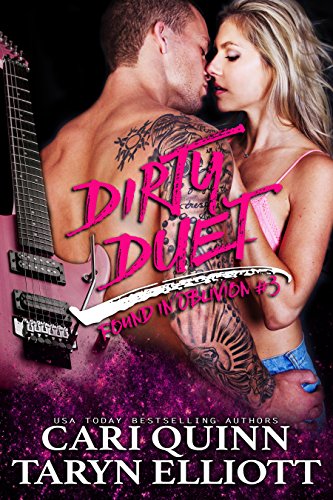 He’s the wildest guy in his band, but falling for a virgin groupie-in-disguise might be his craziest move yet.

Keyboardist West Reynolds’s idea of commitment? Going out for breakfast with a woman after a night of bed-breaking action. The only thing he gets serious about is Warning Sign, the band he formed with his two best friends. Then he meets a woman being hauled off by security, and she’s fascinated by him.

To her, he’s a subject to study. Like a bug under a microscope with a big…head.
Lauren Bryant is a student of sociology, and now she’s going in depth on rockstars. Specifically, fans. What makes a woman turn into a lust-driven groupie?

Is it the music?

She isn’t sure, but she never expected to get her own night with a rockstar. One where he’s on top, doing some studying of his own…

And this time, they’re both out for all As.