Mine to Protect by Emily A. Myers ~ Book Review 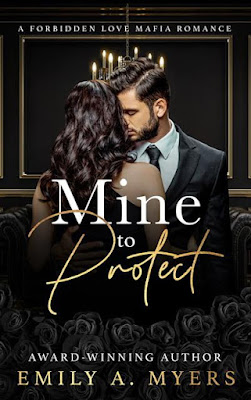 Mine to Protect by Emily A. Myers 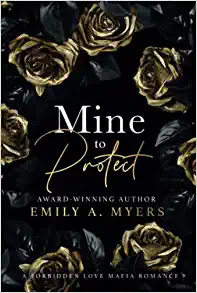 Alister Amato is rich, powerful, and feared by all who know the truth. He’s the Blood King, a mafia boss with a lust for blood and an infinite reach. Everything in me screams I should stay away. But when my Organized Crime Task Force is called to investigate the slaughter of a rival criminal syndicate, I know that isn’t an option. The way the men were killed is something I’ve only seen once before—eighteen years ago when my mother was murdered and I was orphaned. I don’t know how my mother wound up in the clutches of the mafia. But, after all this time, I will stop at nothing to discover the truth. Even if it means aligning myself with the dangerous, mysterious, and undeniably handsome, Blood King.

They call me King, but I am nothing but a prisoner. The world of darkness I belong to has stolen everything from me—my mother, my sister, my happiness, my freedom. Most of all, it has stolen my ability to love. If it weren’t for my sister, Sophia, I would walk away from the throne I never wanted and let New Orleans burn. But even that would not set me free. My name and my blood have placed a target on my back and cursed anyone who stands beside me to the same fate. Which is why when FBI agent Ariana Valentine weasels her way into my life and heart, I do everything I can not to fall for her. My love is a death sentence. And, after everything this world has taken from me, I won’t let it take her too. Even if it means I have to walk away from the only woman I’ve ever allowed myself to love. 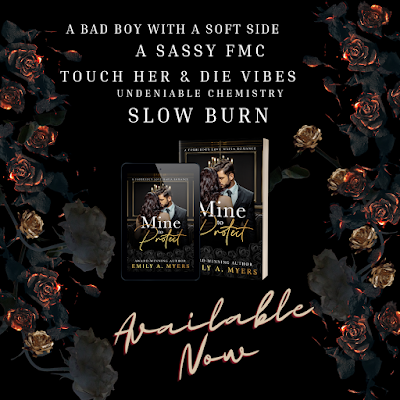 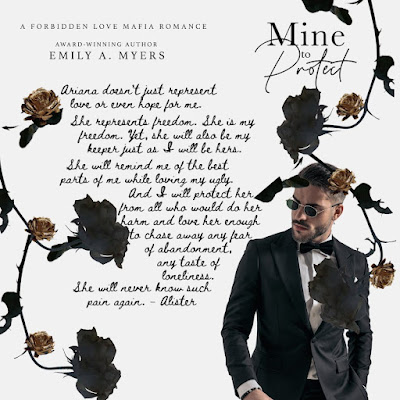 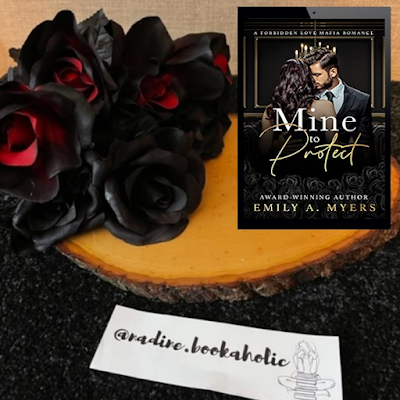 Emily A. Myers is a new to me author and once I finished this book I immediately put her other two books on my TBR shelf and my Wishlist.
Alister Amato is a Mafia Boss known as The Blood King, he runs the crime syndicate in New Orleans since his father's passing a year earlier. He has seen a lot of death around him and a lot has come at his own hands but when you cross his family you will pay and most times its with blood.
Ariana Valentine is an FBI agent secretly searching for answers to her mothers murder when she was ten that left her orphaned. When her Organized Crime Task Force is called to investigate the slaughter of a rival criminal syndicate she knows who is responsible and Alister may just be the person who can help give her answers on what happened to her mother all those years ago.
If you follow my reviews you know I am all about the spice in my books, well hold on to your seats folks because this book was sooooo good I didn't even miss the lack of spice! This was the ultimate slow burn, only one sexy scene, and I kid you not when I say that I was so engrossed with everything that was going on that I didn't even realize that they weren't getting it on until they finally did. LOL
As this year is coming to a close soon I am going to go ahead and say that this is in my top ten reads for the year, and my top three for authors new to me!
If you enjoy Mafia Romances, Enemies to Lovers Romances or are looking for a book that you will totally lose yourself in I highly recommend this book to you.
Happy Reading!!!


**I have voluntarily reviewed an Advanced Readers Copy of this book for my Blog, Nadine's Obsessed with Books** 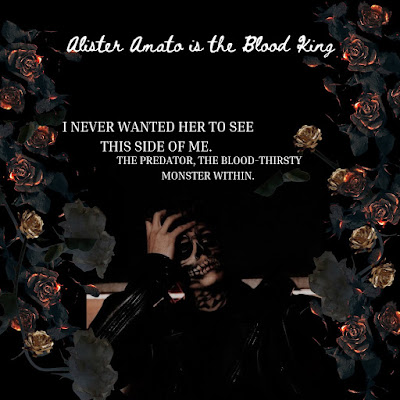