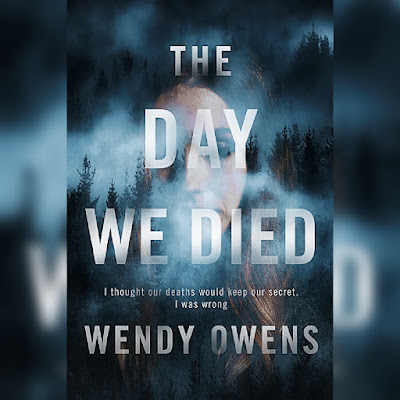 Almost two decades after Sydney Booth’s father was imprisoned for being the ‘Lipstick Killer,’ she and her family are finally happy. They have new identities, and the secret that her father was a notorious serial killer is one Sydney and her mother will never share, not even with her brother, who was an infant when everything happened.

Sydney never dreamed after what she went through, that she would have a chance at love. After months of dating a new co-worker, it seems like that part of her life may be working out too. Everything seems perfect.

That is until a woman is discovered murdered, wearing the shade of lipstick her father put on the victims of his brutal killings. Sydney tells herself it’s impossible; it has to be a coincidence. Then another victim turns up. Does she go to the police and risk blowing up this new life they have all built for themselves or keep quiet? It soon becomes evident Sydney may not have a choice when she starts to suspect the killer might be someone she knows. 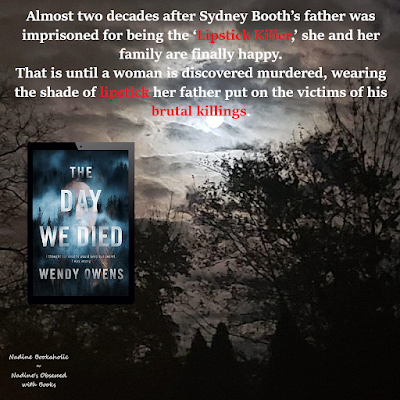 “Mom, you don’t get it. The police are going to figure out who we are at some point.  We have to come clean now, or they may think we are somehow involved.”

“You’re just being paranoid,” she says dismissively. “I’m sure they will figure out who the killer is.”

“The lipstick at the first two crime scenes matches the kind Dad used. You know that’s not a coincidence. When they figure out that Eddie is the brother of the ‘Lipstick Killer,’ don’t you think they will start looking into everyone related to Dad’s case? There’s a paper trail, they will figure out who we are, and if we don’t approach them first, it won’t end well for us.”

“It will end badly either way,” she snaps. 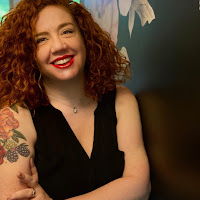 Wendy Owens was born in the small college town of Oxford, Ohio. She’s the author of YA urban fantasy series The Sacred Guardians, Contemporary Romance Stubborn Love Series, and the Penny Preston Mystery Series. Her latest two book series are psychological thrillers full of twists and turns, My Husband’s Fiancée and My Wife’s Secrets out now.

When she's not writing, this dog lover can be found spending time with her tech geek husband, their three amazing kids, and three pups. She loves to cook and is a film fanatic, and hasn’t met an ugly house she wasn’t dreaming of renovating.