This billionaire playboy has finally met his match.

Bachelor Gage’s life is typically full of excitement, on the work front and in the bedroom. He’s never lacking for female company and he rarely sleeps alone. Regardless, lately, he can’t shake feeling bored. That is, until Penny challenges him to a friendly wager . . . one he promptly loses. Her prize? Lessons in seduction—from him.

Lines get blurred as Gage pushes harder . . . moves faster . . . teaching Penny things she’s only ever fantasized about. But the playboy with all the smooth moves makes one big mistake when he fails to tell his sexy student that the lessons are no longer fake, and what he wants from her is very, very real. 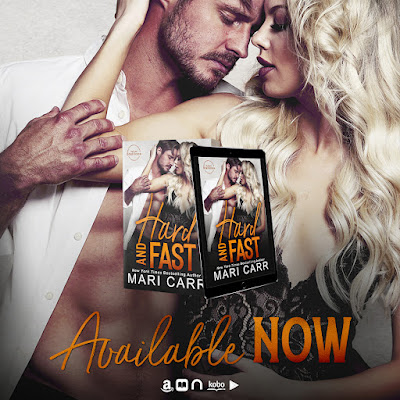 Keep reading for a look inside Hard and Fast!

“Come here,” he said in that deep, sexy voice.
“What?” She was already sitting next to him, so she wasn’t entirely sure—
Gage removed all free will when he reached out, pulling her toward him until her face was only an inch away from his. Sitting this close, she could see the flecks of green in his light brown eyes. And before she could stop herself, she reached up to brush back the lock of brown hair that fell over his forehead.
He blinked a couple of times, her affectionate, familiar action obviously catching him off-guard.
“We’re going to pick up where we left off.”
“Where we left off?” she asked stupidly, his close proximity causing a complete system failure as far as her brain was concerned.
“The lessons, Penny.”
Again, he said her first name. A million people in her life had called her Penny, but when Gage said it…she melted inside.
“The kissing lesson?” she whispered.
“Among other things.”
He closed the scant distance between them, true to his word.
Penny had spent the last nine days trying to convince herself that Gage’s kiss wasn’t as amazing as she remembered.
She was right.
Because that first mind-blowing kiss paled in comparison to this one.
She loved the roughness of his beard against her face. His fingers found their way to her hair, his hands closing around two fistfuls, using it to hold her close, to tilt her head to the left so he could kiss her more deeply. She recalled his comment about men liking long hair.
When Gage released her hair, he lowered his hands to her waist and lifted, never breaking the union of their lips as he pulled her over his lap. She straddled his thighs and draped her hands around his neck.
And that was when she felt it. Evidence of Gage’s attraction.
To her!
She pressed her pussy closer, the hard ridge of his erection right there beneath his pants.
He was hard. For her!
He’d come straight to her apartment from work, so while he’d taken off his suit jacket, he was still wearing his dress shirt, though he’d loosened his tie. She toyed with the knot.
Gage broke the kiss. “Take it off.”
She looked at him.
“My tie,” he added. “Take it off.”
She slid the silk knot free, then pulled it from the collar with one long, slow glide.
“Unbutton my shirt,” he commanded.
Penny was helpless to resist that sexy tone, and she’d spent a little too much—okay, a lot too much—time imagining him shirtless.
Okay, naked.
Completely naked.
She unbuttoned his shirt, her gaze locked on the progress of her fingers. She bit her lower lip nervously, then opened the shirt completely. Gage took over, untucking the shirt and shrugging it over his broad, muscular shoulders. 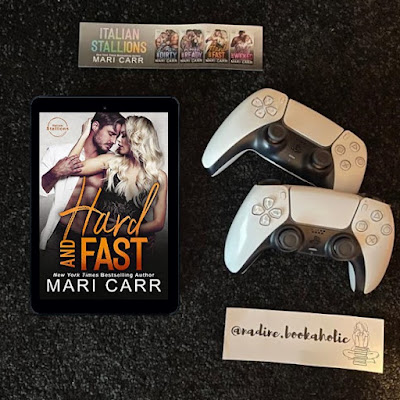 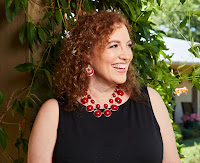