See Me (Phoenix, #4) by Stacey Kennedy ~ Book Review with Excerpt

And he’s not giving up without a fight.


Lottie Harlow spends her days as a dog walker and her nights losing herself in wild fantasies at Phoenix, a members-only, voyeuristic sex club in New York City. Her anonymous existence is precisely planned. She must lay low, or risk facing the consequences of her family’s criminal past. She’s a ghost, and she likes it that way. But detective Hunt Walker is determined to uncover her secrets…

Hunt has always loved his nights at Phoenix, but they’re no longer enough. He wants more. He wants a relationship. He wants Lottie. He’s wanted her for years. The only problem? Lottie keeps him at a careful distance, never letting him get too close, ignoring the sizzling heat burning between them. He knows she’s intrigued by him, but she’s scared. He just can’t figure out why… But when enemies from her past come seeking revenge for her family’s deal gone wrong, Lottie’s secrets are revealed, and so is the explosive passion they’ve been fighting.

Soon, lust leads the way to love, but when Lottie’s brothers start threatening her, the line between right and wrong is blurred. Hunt becomes torn between his duty to his badge and his need to keep Lottie safe. But he’ll only get one chance to prove to Lottie that she’s worth fighting for… and that their love is worth the risk. 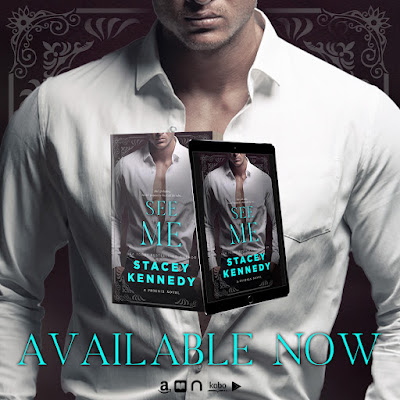 Read an excerpt below! 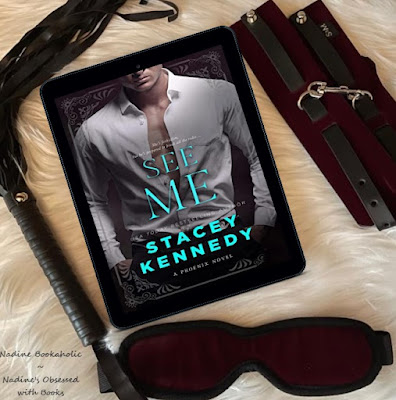 Lottie Harlow wants the one man she can't have, Hunt Walker, Oh he wants her just as bad but it's her past that is driving a wedge between them. That is until she needs his help and then all bets are off because this Dom wants his kitten and he'll do anything to make sure she's safe.
The chemistry was great between Lottie and Hunt and the story line is one that I loved, he's an officer of the law and he knows nothing of her family's criminal behavior and mob ties. There are quite a few things going on in this story so at times it felt a bit rushed to me, but overall it was a good read with tons of steam and suspense.
This being the first book in the series that I have read I can tell you that it can definitely be read as a standalone, having prior knowledge of Lottie and Hunt's interactions may add to the enjoyment of the read but in no way is it diminished by not having read them. I would recommend this book to those that enjoy Steamy New Adult Romances, BDSM Romances, Romantic Suspense Reads, and the Friends to Lovers Trope.
Happy Reading!!!
﻿**I have voluntarily reviewed an Advanced Readers Copy of this book for my Blog, Nadine's Obsessed with Books**

Stacey Kennedy is a USA Today bestselling author who writes contemporary romances full of heat, heart, and happily ever afters. With over 50 titles published, her books have hit Amazon, B&N, and Apple Books bestseller lists.

Stacey lives with her husband and two children in southwestern Ontario—in a city that’s just as charming as any of the small towns she creates. Most days, you’ll find her enjoying the outdoors with her family or venturing into the forest with her horse, Priya. Stacey’s just as happy curled up indoors, where she writes surrounded by her lazy dogs. She believes that sexy books about hot cowboys or alpha heroes can fix any bad day. But wine and chocolate help too.