On the Edge by Aleatha Romig ~ Book Review 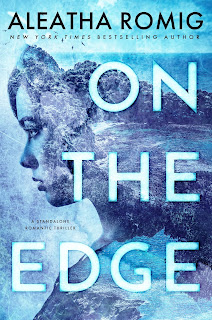 Woodland Cliffs Country Club is the crown jewel of the small Monterey-area seaside town. It’s comfortable stomping grounds for those born to money and opportunity. With the club’s esteemed members from near and far, it’s not unusual to spot celebrities, business tycoons, or those with even more power.

It isn’t the glamour or intrigue that attracts Rae Watson to seek a summer job at the Cliffs. As a struggling college student, she simply wants to earn money for her senior year at the university and concentrate on classes.

When Rae’s friend helps secure her summer employment at the Cliffs, Rae willingly accepts. She quickly learns there’s more to the Cliffs, particularly the hidden world of those the country club employs.

The lives of the elite and those who serve them are worlds apart.

What will that mean for Rae and the handsome blue-eyed college student who makes her swoon?

Will she discover the secrets purged from the high cliffs, waiting to be found on the rocky shores, or will she find herself on the edge?

*ON THE EDGE is a small town, friends-to-lovers, romantic thriller, stand-alone novel.

*Fans of Downton Abbey are raving about this modern-day version, in ON THE EDGE. 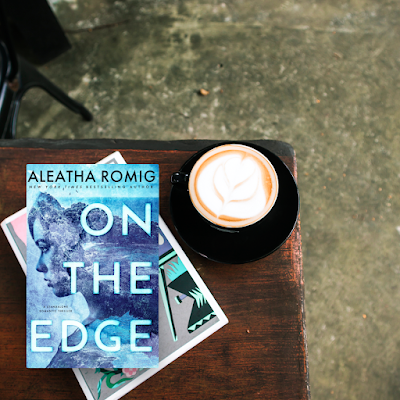 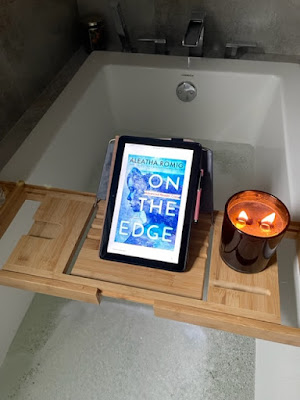 Started reading as part of my #selfcare #mentalhealth day

With that ending I am hoping there is more to come!
This story had me from the first page until the very last, but the crazy ending leaves so many options open that I am hoping and praying that Aleatha takes this Country Club and all of the antics that play out here even further because just one book isn't enough to satisfy my need for more.

Have you read Aleatha's story in the Nightingale: An Anthology for Ukraine called Gravity? If you have then Woodland Cliffs Country Club will be familiar to you because it's where Adelaide and Oren were married. It's a beautiful place for the rich to spend time socializing with their peers. But during this time period there seems to be a series of deaths occurring around the property.

Rae Watson needs a summer job so she takes a position at Woodland Cliffs Country Club with the hopes that she will make enough money over the summer so that she can concentrate on her studies during her senior year. What Rae didn't realize when she agreed to take the position was that the guy she liked was a member...and that means there is a big difference in the two of them.

Okay, so there is a lot going on in this book. Not only do we have the budding romance between Rae and Frankie but we also have women turning up dead along the property of Woodland Cliffs. No one, and I mean no one is above suspicion so we have plenty of twists and turns throughout the book, you follow along thinking you know everything then a curve ball is thrown and you go with it to see where it's going to take you and let me tell you it takes you on an unbelievable ride that you won't want to get off of. I loved every minute of this book...even the crazy ending, which I am hoping will be built upon in the near future. This is a standalone but that doesn't mean that Ms. Romig doesn't have plans for some of the characters in future series and please, please, please let that be true!
I would recommend this book to everyone that enjoys Romantic Suspense, Mysteries or Thrillers.
Happy Reading!!! 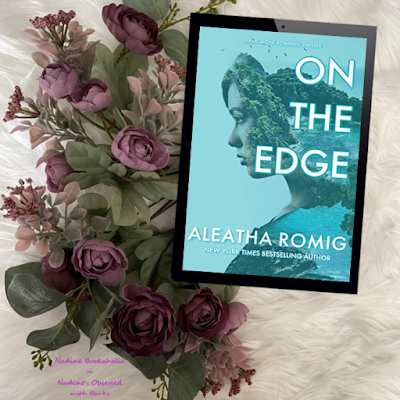