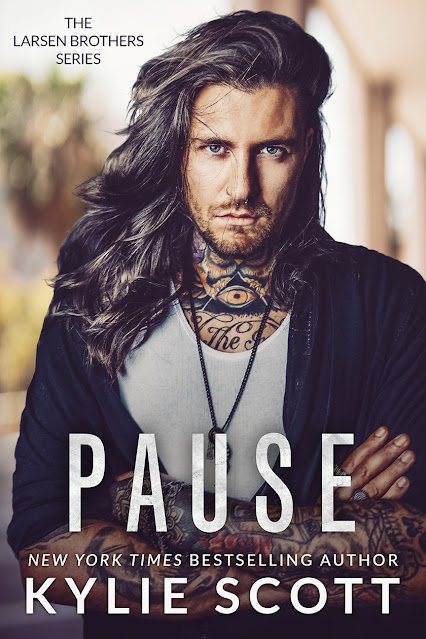 When Anna wakes up from a coma after a car crash, she discovers life has gone on without her. Her husband has been unfaithful—with her best friend—and she’s been long since replaced at work. While her old life is a distant memory, her new life feels like an empty shell. Then she meets the stranger who saved her life during the crash, and he changes everything.

Leif Larsen—tattooist, joker, and player—has his own scars thanks to the crash that put Anna in a coma. Helping her move on from her failed marriage, and create a new life, sounds like a perfect distraction. So when he needs a new roommate, he invites Anna to begin her new life with him.

Although their lives may have been put on pause, together they just might find a way to heal. 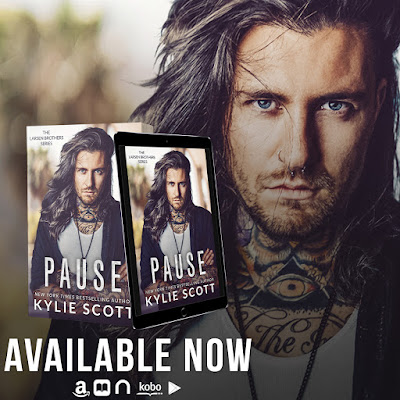 Leif Larsen lives in a big old brown brick building with a sprawling dogwood out front in a cool urban neighborhood. No one answers when I press the buzzer. But according to the details on the scrap of paper the nurse gave me, I’ve got the right place.

The rational response would be to give up and go home. Because hiding out in my childhood bedroom has worked out great so far (and this would be sarcasm). It’s been months since I left the house for anything other than a medical appointment. Weeks since I’ve heard from any friends. Right on cue, my cell buzzes inside my tan Coach purse. I don’t bother to look. Mom requests proof of life every hour on the hour. Not even dinner at the country club can distract her, apparently. Her parental concern for me is well past claustrophobic.

My hand clenches the iron railing against a gust of unseasonably warm evening wind. It’s been a while since I stopped using a mobility aid, but things can still feel tricky. The whole damn world does, if I’m being honest. So many things I took for granted have now been turned upside down.

This is the problem with living the supposed dream. With having an airtight plan for your life. Meet Prince Charming and marry him. Find the perfect job. Only problem is, if something goes wrong, when reality smacks you upside the head and sends you reeling, then there’s no system for putting the pieces back together. There’s no Plan B because it never occurred to you that you’d need one. A lack of imagination on my part, perhaps.

A motorcycle pulls up to the curb and it’s like everything happens in slow motion. Something about this long, lean man just makes time want to stand still. A denim-clad leg is swung over the back of the iron beast. A helmet is removed and shoulder-length hair tumbles free. High cheekbones and perfect lips are framed by stubble and all I can do is stare.

I don’t know if I’m intimidated or turned on or what.

“Can I help y . . .” he begins. There’s the faintest spark of recognition in his eyes.

I continue to stand there frozen.

“Fuck me,” he mutters, stalking closer. His gaze slides over me from top to toe, lingering on the small scars on my left cheek from the glass. There’s no attempt made to hide his curiosity. “It’s really you.”

Nichelle the nurse described him as being a nice young man. Nothing more. Certainly nothing that would prepare me for this. And I dispute “nice.” Ripped denim, battered leather, and a Harley-Davidson motorbike are not nice.

“Never seen you conscious before,” he says, getting even closer.

From beneath the collar and cuffs of his leather jacket emerge colorful tattoos. Lots of them. Blue waves and black letters. Red flames and white flowers. The man is a walking, talking piece of art. My parents would be horrified. Ryan too, for that matter. Not that any of their opinions matter. I need to forge my own path. Go my own way.

“How did you find me?” he asks with a faint frown.

“Oh. Ah.” I smooth down the front of my pale blue midi-length linen summer dress. My dark hair is slicked back in a low ponytail and my makeup is simple but perfect. It’s nice having some things I can control. “One of the nurses from the ICU told me about you and I wanted to come say thank you. But maybe an apology would be more in order?”

For a moment he pauses, then he asks, “Do you want to come in?”

Good question. The fact is, I don’t know. Nor do I know how to do this. Something made obvious when my mouth opens, but nothing comes out. So much nothing for such a length of time that it’s beyond embarrassing. Dammit. Whatever it is I came here looking for, it wasn’t this. Him. Whatever.

While I’m tentative, he shows no such reserve. Strong, warm fingers enfold my own stiff and cold ones. There’s no attempt at a dominating handshake or groping. He gives my hand a squeeze, just the one gentle squeeze, before setting me free.

“I’d say it’s nice to meet you, but that would be weird.” He grins conspiratorially and oh my God. Everything low in my stomach wakes up and takes notice. Shame on my lady parts, but the chemical pull of the man is ridiculous. It takes me a minute to remember that I’m a married woman. Mostly. Well, somewhat anyway. I certainly have no business smiling at him like I am. My life is messed up enough without adding a crush. Perhaps it’s in reaction to me, I don’t know, but the mirth disappears and his gaze becomes serious. A little bleak even. “I still have nightmares about that day, you know?”

“I shouldn’t have come.”

“Don’t, Anna. Don’t look like that. I didn’t tell you to hurt you or make you uncomfortable. I was just . . . sharing.” His expression changes again, a more subdued smile taking the place of the brief hint of trauma. Then he suddenly winks at me all flirty like. I don’t know how to react. I can barely keep up. The man is a whirlwind. “Want to come in and have a beer with me?”

“I want you to come inside. I wouldn’t have asked otherwise.”

A drink with a pretty wild man that I have a strange sort of history with or a swift return to safety and boredom? I don’t overthink it. I don’t even hesitate. “Then yes, Leif. I’d love to.” 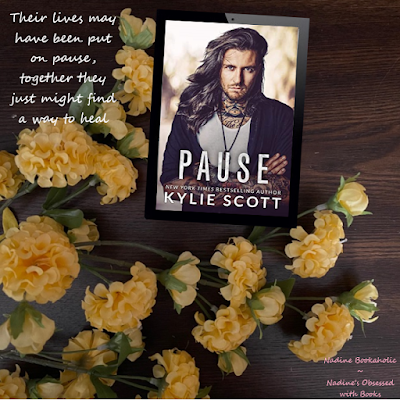 What would you do if you awoke from a coma and found out that your husband had been unfaithful to you, not with a stranger but with your best friend? Well, that's what Anna is faced with after a horrible car accident leaves her in a coma for months. YIKES!!!
Leif hasn't had an easy go of things this past year and after the accident he was in that left Anna in a coma it didn't look like his luck was going to change any time soon.
I really enjoyed this story, I loved the way Anna began to take hold of her life after it had been put on pause for a while after the accident and began a friendship with Leif even though they are sooo different from one another...hey, you know the saying "Opposites Attract" well that definitely held true with this story.
This story was fairly low on angst but high on chemistry. If you read REPEAT you'll love seeing Ed and Clem in this story. This story was released last year on Audiobook wonderfully narrated by Andi Arndt but is now available in eBook, and Paperback formats. I would recommend this book to anyone that enjoys Steamy Contemporary Romance, Opposites Attract, or the Friends-to-Lovers Trope.
Happy Reading!!! 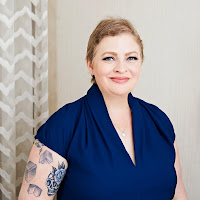