A daughter lost A mother discovered A queen exiled 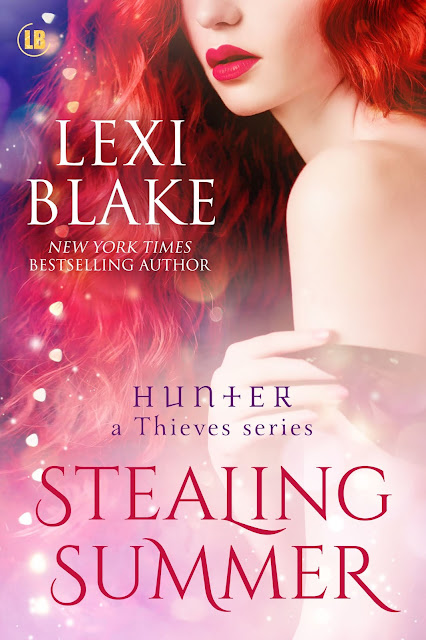 Summer has spent her whole life wondering about the family she left behind. On the night she came into being she only had a few moments with them. In that brief time, she reached out to her father, looking deep into his soul, and gifted him the will to go on. But now she is the one in need. Once a child made of pure magic, she is forced to live as a mortal. Her power caused great harm, and she has sworn never to let it happen again. With her friends beside her, she tries her best to help those she can. If that requires her to do a little thievery, well, she is her mother’s daughter, after all.

Everything changes when a woman falls from the sky and Summer meets the handsome vampire named Marcus Vorenus. Just as her past begins to catch up with her, she might have finally met her future.

Kelsey Owens went searching for Dev and Marcus but all she found was a trap. She was pulled through a magical painting and thrown smack into the middle of a battle on a foreign plane of existence. Luckily she’s good in a fight. Saving the woman targeted by the horde of brutal soldiers, Kelsey is shocked by her resemblance to her queen. As Kelsey investigates the mystery surrounding Summer Donovan-Quinn, she also hunts for a way back to the husbands and son she just claimed.

Zoey Donovan-Quinn is not happy. The wizard Myrddin is back, her marriage is troubled, and she is sure those two problems are connected. But nothing is more worrying than Dev’s sudden disappearance. When she and Daniel go looking for him, they are drawn into a world thought lost to the Earth plane. Danger awaits them there, but so does the daughter they thought they would never see again. She hopes they survive their reunion.

Three heroines. One mystery. And an ending that will change the Thieves world forever… 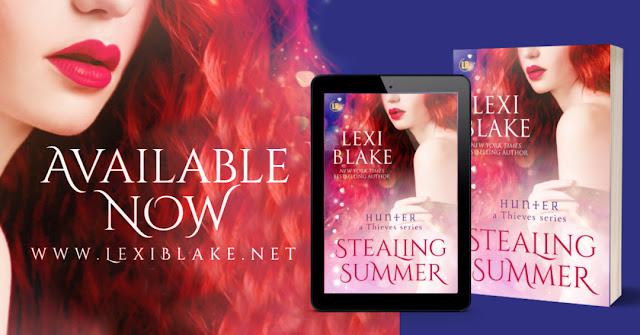 He was stunning, his face all harsh planes and predatory lines. There was no question in my mind that this vampire was a hunter. Often the vampires I’ve met seem civilized, and it’s easy to forget that they evolved from ancestors who preyed on living beings. Now they’re all about meal pills and pretending there isn’t a savage predator under all that civility. Though I understand that when a vampire takes a consort, they exchange blood in the old ways. Vampires try to distance themselves from their bloody past.

This vampire didn’t even try to hide his nature. The beast inside him was every bit on display as he breathed in the air around him, likely trying to catch my scent.

I will not harm you, bella. This I promise to you. Come out and let us talk. I know you can hear me.

I could. I could hear him in my mind, feel his voice brushing against my brain with an odd sensuality. Like he could stroke my very thoughts with silk.

You have nothing to fear from me.

I had everything to fear from this man. He could speak thoughts into my head. That wasn’t a vampire talent. Vampires are excellent fighters. Some of the royal vampires are stronger than the rest, but I’ve never once heard of a vamp with such powers. These were strange creatures coming after me.
Come out and let me prove myself to you.

The words were meant to coax me, to seduce me. I could feel his intentions. He wanted me. My light drew him in. It made me wonder if he could hear me when I wanted him to.

I know what you want, vampire.

I could feel his satisfaction like a wave against my skin.

You know nothing yet, bella, but I will show you.

I couldn’t give in to that voice. It was meant to trick me. This was not some friendly male who’d happened upon me in the forest and wanted to help. He’d been sent by someone. I should run, but I rather thought he would follow me, and forcibly. Perhaps I should show him what I was capable of.

He was moving my way but didn’t seem to realize I wasn’t on the ground. He moved with grace, his feet not making a single sound.

Oh, he was good. He seemed to understand exactly how to talk to me, what words to use. I could feel his will. If I’d done something bad, he would find a way to fix things for me. He could be my protector. All I had to do was present myself to him and he would shelter me. He was strong. He could make the world right for me and only me.

If only I could have believed him.

He stopped beneath my hiding place, his hands on his hips as though he knew I should be there.

I needed him in the right position. Look up, vampire.

The minute he turned, I pounced, my stake coming up. I hit his body and he fell back to the forest floor with a hard thud. I lifted my stake, but I had questions first.

“Who the hell are you?” I asked the question out loud because I wasn’t going to let him into my head again.

The vampire’s lips curled up in the sexiest smile I’d ever seen. If he was scared, he didn’t show it. He seemed perfectly comfortable to have a female on top of him. “My name is Marcus Vorenus and I am entirely at your service. Would you like me to take off my shirt? It might be easier to stake me. I wouldn’t want you to miss my heart, and honestly, if I am about to die then I would like to feel your hands on my skin one time.”

Not the reaction I’d been going for. I straddled him, my knees on either side of his lean waist. He was even more devastating up close, and I did actually want to see him without his shirt on. It had been a long time since I’d had any kind of sexual pleasure, and this male did it for me. I’m reasonably attractive, but it can be hard to find a date when your nickname is the Destroyer. Males discover I’ve destroyed worlds and suddenly they aren’t so hot to take care of my physical needs.

“If I decide to kill you, I won’t need better aim. I assure you, I can do it right now.”

“I’m sure you can. You’re obviously a woman of great physical skills.” His fangs were out. White and dangerous, I found those fangs way too sexy for my own good. 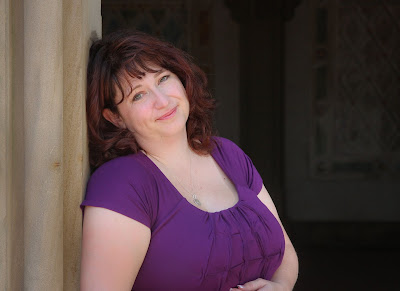