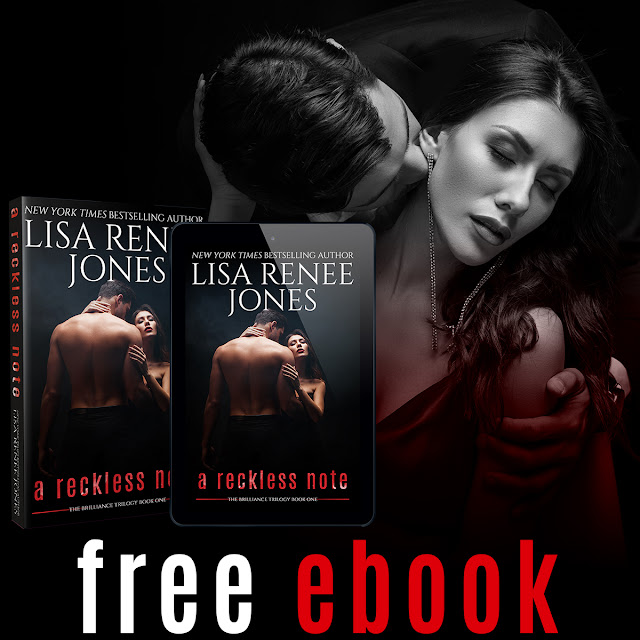 #FREE to celebrate the upcoming release of A WICKED SONG (the second book in her Brilliance Trilogy) on Aug. 18th Lisa Renee Jones is giving away 100 ecopies of A RECKLESS NOTE (book one)! 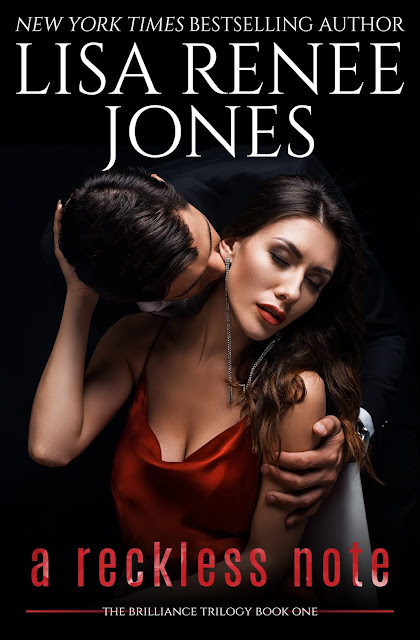 SEE IF YOU'RE A WINNER HERE: https://claims.prolificworks.com/free/ZqSNeXouCheck out the Brilliance Trilogy: https://www.lisareneejones.com/brilliance-trilogy.html

About the Brilliance Trilogy:
Passion, seduction, and my family’s secret that could change everything. I went looking for my missing brother, but instead, I found him: Kace August. He's dark. He's dangerous. He makes me want things I can’t have and brings me into a world of forbidden seduction. But I just can't seem to walk away. 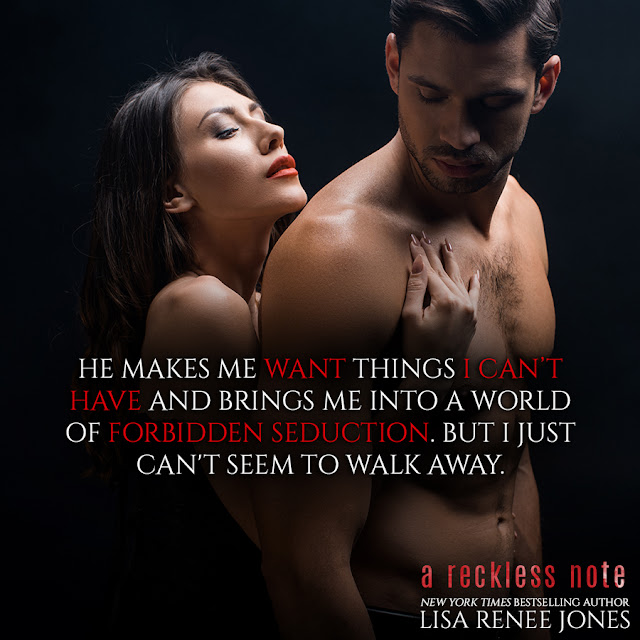 I kiss him with abandon, with passion. I kiss him with my own demand, and then he tears his mouth from mine and backs me up until I’m pressed against his grand piano. “What are you doing to me?” he demands.

“This,” I say, pressing my hands under his T-shirt.

In reply, he tugs the shirt over his head and tosses it aside. “Is that what you want?”

“Yes,” I say with no hesitation, my hand caressing the musical notes on his arm, tattoos that say he claims who he is, he embraces who he is. I want this man. I give myself permission to own my desires the way he owns me just by being in the same room as me. And I’m not afraid of that. Not here. Not now. Not this night.

He grips the piano behind me, “Do you know what I want, Aria?”

There’s an edge to him again now, a dark edge that shouldn’t appeal to me, but it does, it so does. I ask the question he’s demanded. “What do you want, Kace?”

He means it. It’s in this moment that I understand the hot and cold I’ve experienced with this man is far more than I realized. He wants me. He doesn’t want to want me. He doesn’t believe I should be here. My defenses flare and my hand presses to his bare chest. “Why am I here then? You don’t want me here.”

He cups my face and stares down at me, the hardness, somehow tender. “I do very much want you here.”

“The feeling is mutual, baby,” he says, his voice thick with emotion that I don’t understand, that I’m not sure I’ll ever understand. But it moves me. He moves me and I reach up and cup his hand on my face.

“What are we doing, Kace?” I whisper.

He leans in and brushes his lips over my lips, a feather-light seduction that trembles through me. “This.” His mouth closes down on mine and his tongue licks past my teeth, a long, deep stroke that is seduction and power, passion, and dominance. I’m panting when his lips part from mine, linger there, his finger stroking my cheek.

“You, woman,” he murmurs, a hint of torment in his voice. “You are going to be my undoing.”

I don’t know what that means, and I don’t have time to analyze it anyway. Not when he reaches up and catches the zipper at the front of my dress, and heat pools low in my belly, every inch of me alive. I am alive with this man, a ball of nerves and desire like I have never known. Slowly, so very slowly, he lowers it, but his gaze is locked with my gaze. The zipper slides past my belly and halts at the top of my thighs.

His hands settle at my waist, and he leans in and kisses me. I can taste that dark edge on his tongue again, I can taste the demand, the absolute control. In this moment, I remain acutely aware of how much that control arouses me, how much it calls to me.

His lips leave mine, the hunger in his stare ravenous, but I have this sense that this is still about control to him—he allows me to see this. His control is a need, an absolute need that I understand. It’s the kind of need that we aren’t born with. It’s created. I find myself in contradiction to what I need, in wanting to give him what he wants. I am in fact wet and trembling with the idea of giving him the control.

But that means trust, the kind of trust that has left me alone and that I give no one.

And yet I am here with him. Haven’t I already made the decision to trust him, not with my secrets, but with my body?

His hands go to my shoulders, sliding under my dress, scooting the straps halfway down my arms. He captures me with the material, holds me with one hand, but I’m not thinking about being held captive. I’m thinking about his lips lingering above mine again, his breath a warm tease that promises a taste that does not come. He doesn’t kiss me. I want him to kiss me, I want it so badly that it hurts.

But still, he doesn’t.

He pulls back, his gaze lowering to the swell of my breasts, his fingers stroking the sensitive skin just above the black lace of my bra, my nipples puckering beneath the silk. His gaze lifts to mine and he catches the front clasp of my bra. He shoves aside the cups, his attention returning to my breasts, and my lashes lower with the heat of his inspection, a wave of unexpected shyness overtaking me. He has this way of making me feel owned and it’s intense, so very intense.

SEE IF YOU'RE A WINNER HERE: https://claims.prolificworks.com/free/ZqSNeXou
at July 26, 2020