A Date for the Hunt (The Dating Series) by Heidi McLaughlin and L.P. Dover ~ Release Blitz with Excerpt 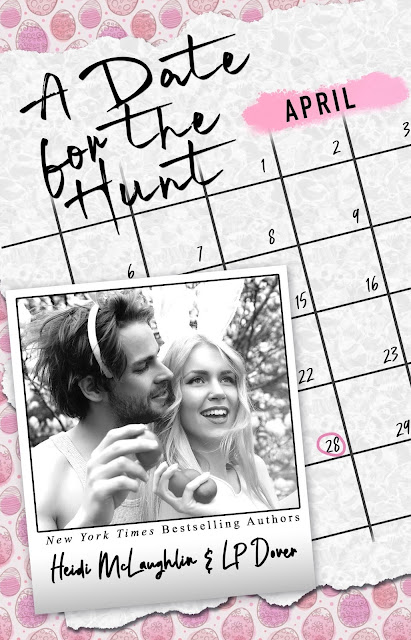 Allison Wood is single and not looking to mingle. Unfortunately, her sister, Erin, doesn’t take no for an answer. As the producer of a new reality TV show, that turns a traditional Easter egg hunt into a dating show, Erin believes her sister would be a perfect contestant and secures her a spot.

Instead of cozying up at home and biting the ears off a chocolate bunny, Allison finds herself in Aruba hiding an egg while America watches. She could have been paired up with a slew of other guys. But who does fate match her with? Sexy fireman Hudson Bryant, who happens to be the same guy that made Allison’s high school years miserable.

When viewers learn of their history, the pair instantly become a fan favorite. Everyone is eager to see how their story will unfold. For the good of the show, Allison agrees to play nice with the former jock... for now.

Can Hudson make amends for the past and crack through Allison’s hard candy shell to her cream-filled center? Or will her time with him leave a bitter, black jelly bean taste in Allison’s mouth? 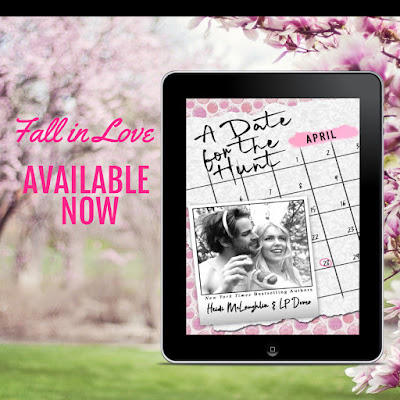 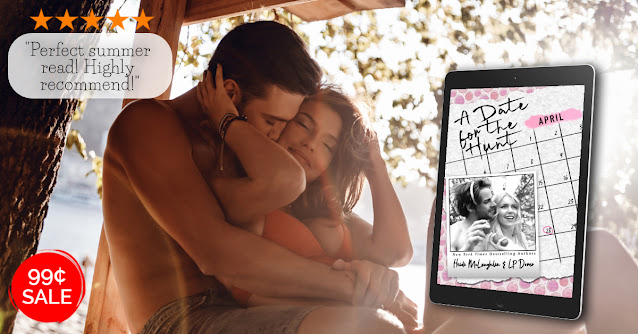 Time is running out. There’s a rock and cactus garden just at the edge of the courtyard with Wanglo flowers intermingled throughout. Their bright yellow petals are even shining in the waning sun. All the other women stayed away from the garden. I guess for fear of getting pricked. I look at Makayla and smile. She shakes her head and laughs. “Seriously? You’re going to make some poor guy reach in with all those thorns?”
“Hey,” I say with a shrug, “someone has to do it. I’m curious to see which guy will go for it.”
I walk over to the rock garden and carefully place my egg as far in between the cactus as I can get. The viewers on TV are either going to love or hate me for that. Honestly, I think it’s awesome. I look over at my sister and she gives me the thumbs up. Maybe it’ll work to my advantage and none of the guys will be brave enough to reach for it.
The time has come for us to leave the courtyard and wait in the meeting room while the men are introduced and find our eggs. This is our chance to see them for the first time. There will be TV monitors in the room for us to watch them. Makayla grips onto my arm as we walk back into the resort.
“I am so nervous,” she says, shivering.
So am I. Once in the meeting room, we sit down in front of the monitors. All of the people who were in the room before are no longer around. It’s just us and a couple of people I recognize from my sister’s work. There’s a table in the corner with drinks and snacks. I’m tempted to grab me something, but I jump when one of the girls squeals so loud it makes my ears hurt.
“Oh my God, there they are!”
Makayla squeezes my arm. “This is it.”
The men line up on the stage just like we did. My nerves have me nauseous and the last thing I need is to throw up when I’m introduced to my bachelor. Taking a deep breath, I let it out slow and stand. Makayla’s eyes go wide. “What are you doing? Are you not going to watch?”
I hold up a hand. “I’ll be right back. I need a ginger ale and some crackers.” And some peace and quiet. The other women act as if they’ve never seen men before. It’s not like they’re going to meet their soulmates. The chances of that are slim to none. Slowly, I drink the ginger ale and let it settle in my stomach along with the peanut butter crackers. I was too nervous to eat earlier and now it’s biting me in the ass.
When I make it back to Makayla, all the men have been introduced. “You missed it,” she says, shaking her head. “Now you’re not going to know who everyone is.”
I laugh. “I’m sure they’re all the same anyway.”
She shakes her head. “Sorry to disappoint you, but no. I’m not going to lie, there’s one guy I hope finds my egg.”
Sitting down beside her, I focus on the screen. The guys are in the courtyard with the cameras following them around. A couple of them have already found eggs and are back on the stage. Most of the guys don’t even pay attention to the rock and cactus garden. They walk by it without a single notice.
I smile and sit back in my chair. “Doesn’t look like anyone’s going to find mine. Maybe that means I’ll be spending this vacation alone.”
And just as I say it, one of the cameras follows a guy who’s headed straight toward the rock garden. I can’t see what the guy looks like, but then he faces the camera and the breath whooshes out of my lungs.
“Oh. My. God.”
Makayla gasps. “What?”
I can’t take my focus off the guy on the TV, the one about to find my egg. It’s been so long since I’ve seen him, but there’s no mistaking that grin of his and those stark gray eyes.
Makayla squeezes my arm. “Allie, what’s wrong? Do you know him?”
With a heavy sigh, I look at him and huff. “Yep. I know him very well.”
“And?” she prods, nudging me with her elbow.
“And he’s an ass,” I reply, hating my life. “Just my damn luck.” 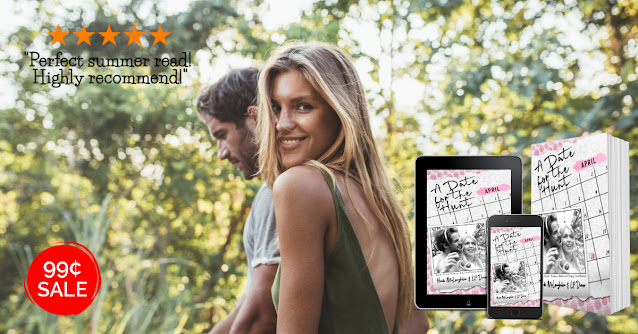 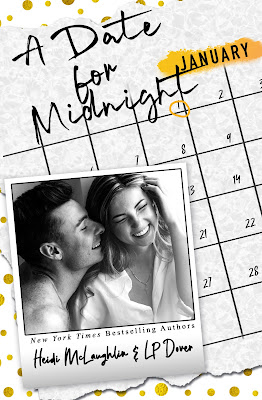 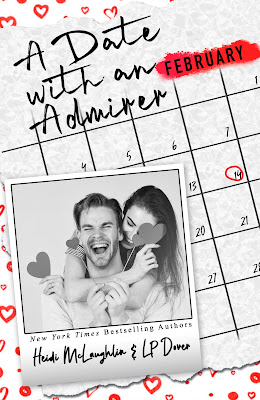 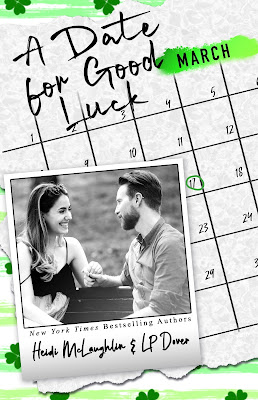 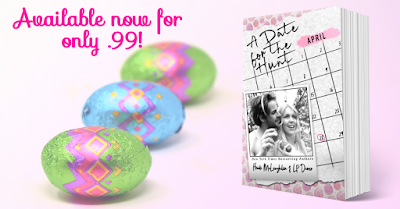 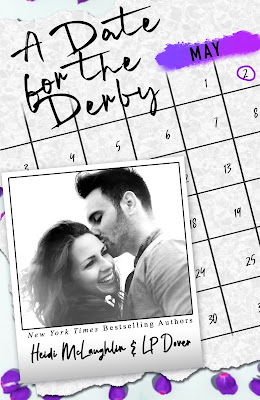 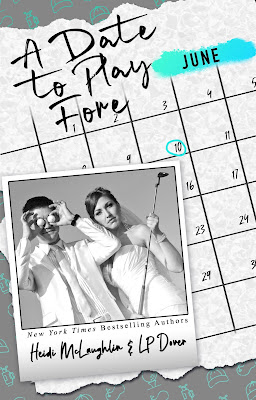 Heidi McLaughlin is a New York Times, Wall Street Journal, and USA Today Bestselling author of The Beaumont Series, The Boys of Summer, and The Archers.

Originally, from the Pacific Northwest, she now lives in picturesque Vermont, with her husband, two daughters, and their three dogs.

In 2012, Heidi turned her passion for reading into a full-fledged literary career, writing over twenty novels, including the acclaimed Forever My Girl.

When writing isn’t occupying her time, you can find her sitting courtside at either of her daughters’ basketball games.

Heidi’s first novel, Forever My Girl, has been adapted into a motion picture with LD Entertainment and Roadside Attractions, starring Alex Roe and Jessica Rothe, and opened in theaters on January 19, 2018.

She loves to write, but she also loves to play golf, go on mountain hikes, and has a passion for singing. Her youngest daughter, who she’s also written a children’s book with, expects a concert each and every night before bedtime, usually Christmas carols.

Dover has written countless novels in several different genres, including a children’s book with her youngest daughter, but her favorite to write is romantic suspense. However, she has found a new passion in romantic comedy, especially involving sexy golfers. Who knew the sport could be so dirty and fun to write about. 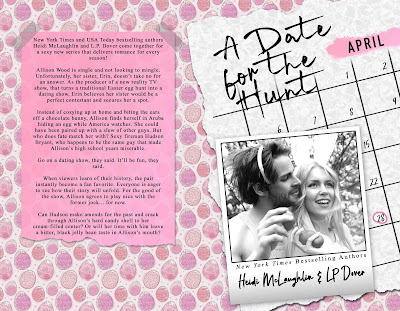