Pants on Fire by Lacey Black ~ Release Blitz with Excerpt 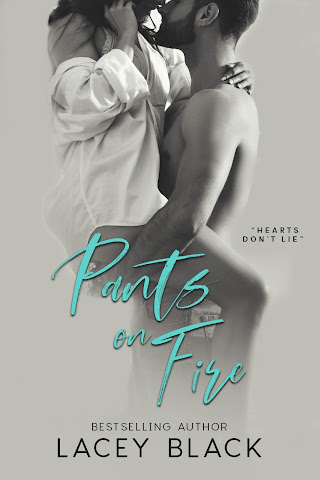 Success is what you make of it. That’s my motto and the premise of my speech; the one I’m heading back to Southern Illinois University to give at my college alumni reunion. As the morning co-host of Good Morning, San Francisco, I was asked to be one of the keynote speakers, and while I’m honored to do so, there’s only one problem. The other speaker is Danny Ohara, my former boyfriend. Throw in an issue with my credit card that leaves me stuck at the airport, no rental car in sight, until a familiar face appears like a guardian angel in sexy black glasses.

Here’s my dilemma with my attraction to Rueben Rigsby, my airport savior and old friend from college: I’m not supposed to be attracted to him. At all. He’s my ex’s former roommate. Yet that doesn’t stop my big mouth from lying about the status of our relationship when we come face-to-face with said former roommate. As in, we have one.

I don’t know why I agreed to come back to SIU for the alumni reunion, but I’m damn sure glad I did. When I found the familiar face stranded at the airport, I readily agreed to give her a ride. It’s great to catch up with Cricket Hill, as we make our way back to the place we ultimately met. What I’m not prepared for is this overwhelming attraction I feel for her. I’m not supposed to notice how amazing her butt looks in a pair of black yoga pants. She’s a friend. Period.

But Cricket has other plans. When she lies about our budding relationship to my former roommate and her ex, I have no choice but to go along with it to save face. I have to pretend to be her boyfriend. I mean, it’s one little white lie, right? 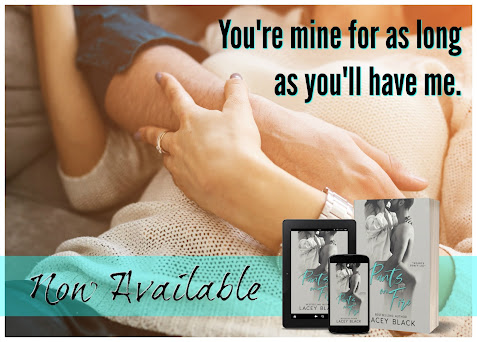 Only available at the following retailers
for a VERY limited time! 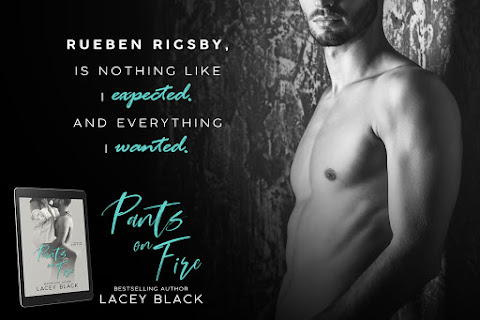 Danny does a scan from head to toe, lingering a little too long on my chest. I cross my arms and narrow my eyes, feeling nothing like I felt when Rueben did it earlier tonight. Instead, I want to stab his eyes out with a rusty butter knife and then throw darts at them.
“Good to see you, Cricket,” he finally says when his eyes return to my face.
“I wish I could say the same to you,” I mumble, stepping around him and finding the worn throw line on the marred hardwood floor.
“Come on, Cricket, it’s been ten years. Surely you’re not still pissed off, are you?” he asks, spinning around and following me.
I throw the first dart, ignoring his looming presence beside me. “Actually, yes, yes I am still mad.” I throw the second dart. “You stole my car!” I state as I throw the third one with a little too much force and miss the board completely.
Danny retrieves my three darts before I can, bringing them back to where I stand. “I paid you for your half,” he reminds me, cocking his head to the side as if it’s no big deal.
“Six months after you left!” I thunder, feeling that familiar rage brewing inside me. Instead of punching him in the face—which is taking all the strength I have not to do—I focus straight ahead and throw the darts.
I can feel his eyes on me as I throw and tuning him out is proving to be harder than I’d like.
“You look good,” he says as he retrieves the second round of darts.
“Fuck off.”
Danny sighs and hands me the darts. He watches in silence as I throw the darts a third time. All of my throws are complete shit, probably because I can’t even concentrate on the round board in front of me. It takes all my energy not to turn and “accidentally” toss a dart or two at his head. But then I think about prison and how horrible I’d look in those orange jumpsuits and decide he’s not worth the energy or time. Plus, I’m not that great of a cook and I’d probably get stuck with kitchen detail.
“What do you want?” I ask, glancing over my shoulder and wondering where in the hell Rueben is.
“Saw you over here alone and thought I’d stop by and say hello.”
“I’m not alone,” I argue, then wishing I would have kept my mouth shut.
“No?” he asks, glancing around as if calling me on my bluff when he doesn’t see anyone remotely close that could constitute as my date. A knowing grin spreads across his face—one that tells me he thinks I’m lying.
“No,” I insist. “He’s…in the bathroom.”
“Right,” Danny snorts. “It’s okay to be here alone, Cricket. I mean, I’m here alone too.” He takes a step closer and those pesky hairs at the nape of my neck stand at attention again. “Maybe it’s fate that we’re both alone tonight.”
“Or maybe it’s because everyone who knows you knows what kind of an asshole you are and wants nothing to do with you.”
He seems to straighten up at that. “And maybe it’s because you’re cranky and unforgiving and refuse to let the past go.”
I practically growl at him. “Unforgiving? You’re kidding me, right?”
“I’ve forgiven you for taking my job,” he states, crossing his arms over his chest.
That makes me pause. “Excuse me? Taking your job?” What the hell is this guy talking about?
“You don’t think I haven’t noticed you’re the bubbly new co-host of Good Morning, San Francisco?”
I roll my eyes. “That was four years ago, jerk. That position hadn’t been yours in six years. In fact, you were the one who left it, remember?”
He doesn’t seem to have an answer to that. It’s almost like he’s just trying to grate on my nerves, which pisses me off that I’m actually responding at all. It’s like I’m letting him win. “All I’m saying is maybe if you were as bubbly in person as you are on-air, you’d have a date this weekend,” he says with a shrug.
“I do have a date!”
“Really? Where?” he asks, a growing smile on his fucking face as he glance around once more.
Suddenly, I feel a presence behind me. It’s familiar and, unlike Danny, a welcome one. Before I can even think about a consequence or a repercussion, I practically jump up and throw my arms around Rueben’s neck, saying, “He’s right here.”
Then I kiss him.
Hard.
Rueben’s arms wrap around me, drawing me against his body, and two things happen. My body ignites with desire, as if someone doused me with gasoline and lit a match, and the second is he deepens the kiss. His lips are firm, yet soft, as he plies my mouth open, his tongue delving inside and sliding against mine. It’s intoxicating and invigorating, and frankly, out of this fucking world. I have no idea how long we kiss, all I know is I’d be okay with it never ending. His lips are masterful, and frankly, I’ve never been kissed like this before. Ever. 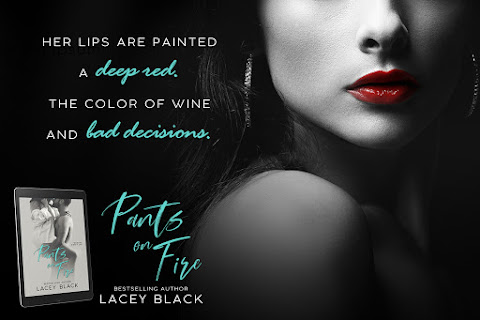 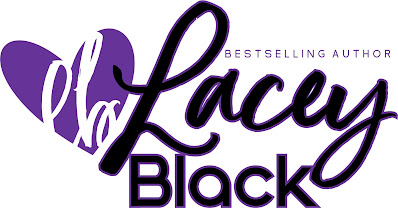 Lacey Black is a Midwestern girl with a passion for reading and writing. She carries her e-reader with her everywhere she goes so she never misses an opportunity to read a few pages. Always looking for a happily ever after, Lacey is passionate about contemporary romance novels and enjoys it further when you mix in a little suspense. She resides in a small town in Illinois with her husband, two children, and a chocolate lab. Lacey loves shooting guns and should only consume one mixed drink because she’s a lightweight. 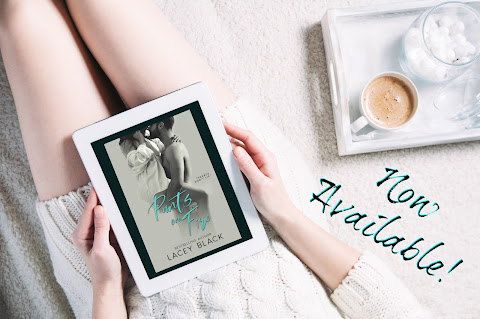