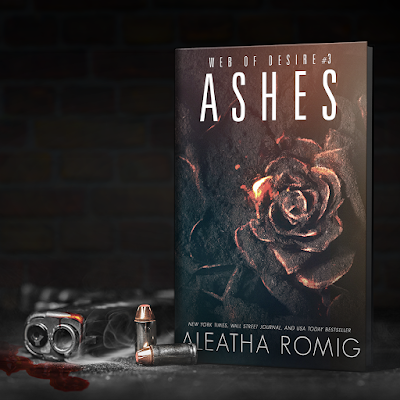 From New York Times bestselling author Aleatha Romig comes a brand-new dark romance, Ashes, set in the same dangerous world as Sparrow Web. You do not need to read the Web of Sin or Tangled Web trilogy to get caught up in this new and intriguing saga, Web of Desire.

“From what I’ve tasted of desire, I hold with those who favor fire...” ~ Robert Frost

Patrick has awakened a fire I forgot existed. Will this renewed desire warm my soul or consume my world?
Is it too late?
Will the life we yearn to have survive the ashes?ASHES is book three of the WEB OF DESIRE trilogy that began with SPARK, continued with FLAME, and concludes in ASHES.
Get Your Copy Here:
Amazon US | Amazon UK | Amazon CA | Amazon AU | Apple Nook | Kobo 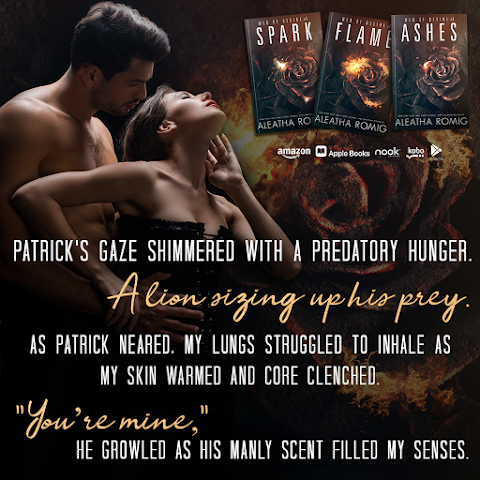 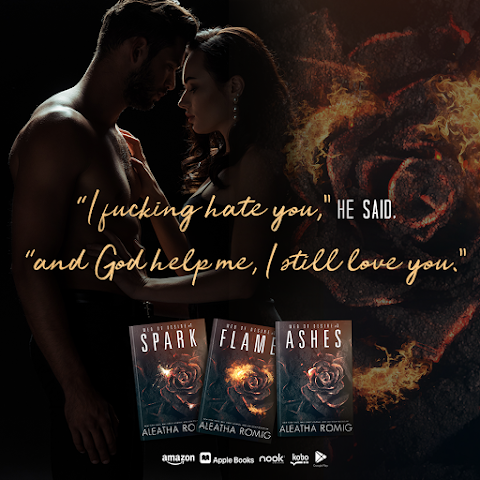 Ashes was a great conclusion to the Web of Desire Trilogy, which brings Patrick and Maddie's story to an ending I couldn't be happier with. To say Madeline and Patrick haven't had an easy go of things would be an understatement, but, what I love about the way Aleatha Romig writes her stories is that even though you know there are horrors to be told she isn't doing it in a glorifying way.
This trilogy hits some very harsh realities of some of the unfortunate and I can only hope that books like these open everyone's eyes to the harshness in the world around us and make us each strive to be better people to our family, friends, neighbors, and strangers.
I have rated each book in this trilogy 5 stars and honestly that's a rarity, for each book to get that high of a rating from me you know it has to be good so if you enjoy Romantic Suspense, Dark, Erotic reads I highly recommend this series as well as the other "WEB" series but remember that although each series can be read on their own the books within the series/trilogy are meant to be read in the order of release.
Happy Reading!!! 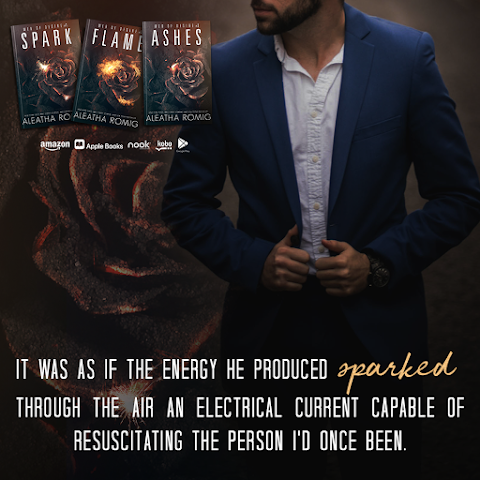 Spark & Flame - book 1 & 2 of the Web of Desire Trilogy and is available NOW!