Here With Me by Tia Louise ~ Cover Reveal 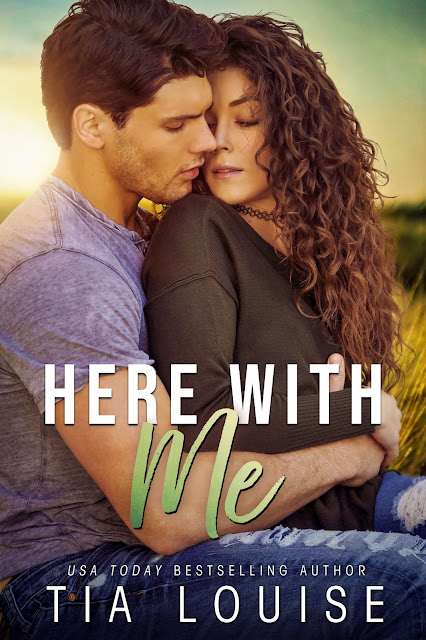 HERE WITH ME by Tia Louise releases on April 20th!

Sawyer LaGrange.
He’s my best friend’s older brother.
He’s quiet, brooding, sexy as sin…
Dark hair, a scruffy square jaw, and deep lines of muscle I trace my fingers along slowly, followed by my lips…
He always does what’s right.
Until me…
They say you get in life what you have the courage to ask for.
Well, I’m brave.
And I want him.

Secrets.
Everybody has them.
Big, small, innocent… forbidden.
Mindy was a line I should never have crossed.
But I did.
She was beautiful… sassy and tempting,
And rules were made to be broken.
We broke them all.

Now I’m home, released from service with hidden scars.
Now my secrets are the demons that grow stronger every day.
I try to send her away, but I can’t let her go.
She’s my reason to fight, and I’ll walk through hell to be the man she deserves.
To give her a reason to stay here with me.

(HERE WITH ME is a STAND-ALONE best friend’s older brother, second-chance, military romance. No cheating. No cliffhangers.) 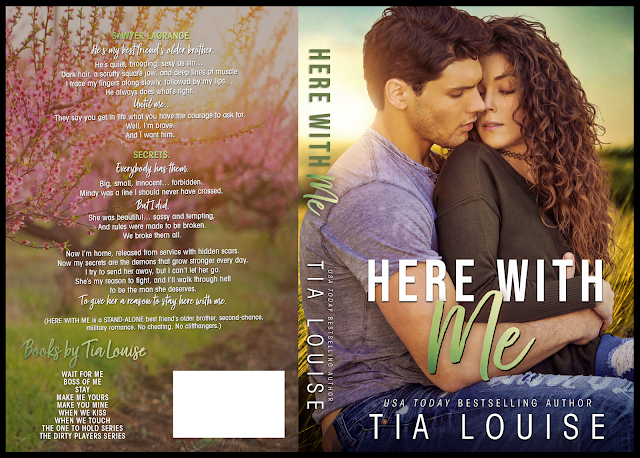 (*HERE WITH ME will release LIVE into Kindle Unlimited at 99 cents. Wide readers, please pre-order now, as it will be Amazon Exclusive starting April 21!)

★ Get an ALERT when it goes LIVE:
*Text TIALOUISE to 64600 for a New Release Alert. (U.S. Only)
*Sign up for my Newsletter and get an email as soon as it’s live: http://smarturl.it/TLMnews