The Chase (Doms of Her Life: Heavenly Rising #2) by Shayla Black, Jenna Jacob, and Isabella LaPearl 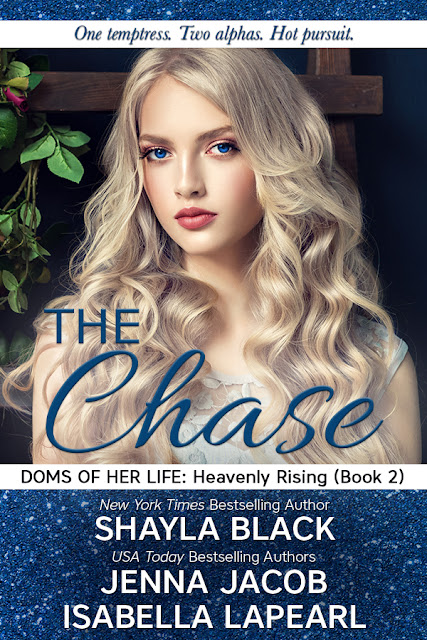 The night Heavenly Young gave her innocence to Dr. Kenneth Beckman and Seth Cooper, her world was ripped apart by betrayal and tragedy. She leaves behind everything and everyone to fulfill a deathbed promise and start her life over. But her solitary quest forces her to face her past and question where her future truly lies—alone or in the arms of the two unforgettable men she loves?

After putting his heart on the line—something Seth swore he’d never do again—he’s devastated when Heavenly walks away from him and Beck. Hell-bent on reclaiming her, they chase her down and help her complete her solemn duty. But Heavenly is caught between independence and love, forcing him and Beck to make her a deal. She’ll give them total commitment for eight weeks. If she still wants her freedom after that, they’ll let her go—for good.

After Beck’s reckless mistake implodes the fragile bond he and Seth share with Heavenly, he’s determined to prove they can give her both the adventure she seeks and the devotion she craves. So the men devise a game to break down her barriers and bind her in bliss. But when their dreams are within reach, a demon from Beck’s long-forgotten past returns, bent on revenge that might cost him his life.

Beside the PI, Beck took the stairs two at a time. They were both out of breath when they entered their suite. The trek up three flights wasn’t the only reason.
Behind them, Seth slammed the door. Beck caught sight of Heavenly and raked his hot stare over her.
She approached, hands outstretched, and settled a palm on each of their chests, her touch like a brand. But when she darted a regretful glance their way, dread gonged in Beck’s brain.
“I want what’s about to happen,” she panted. “I need to get out of my head and feel alive.”
“We can do that for you.” Seth moved in to kiss her.
She dodged him. “Even if it’s just tonight, not a promise of anything more?”
Beck gritted his teeth. The battle for their future might be a one-woman war right now, but he wasn’t giving up without a fight. If she ultimately wanted men in her life who put her first, he and Seth had to not only show her they loved her but tell her. They’d steep her in pleasure until she felt boneless and ecstatic, then drop the L bomb. After that, if she chose to walk away from them for good… Well, he’d be heartbroken, but he’d have no regrets.
“Just tonight it is. Now why don’t you come here, little girl?” And let us change your mind? 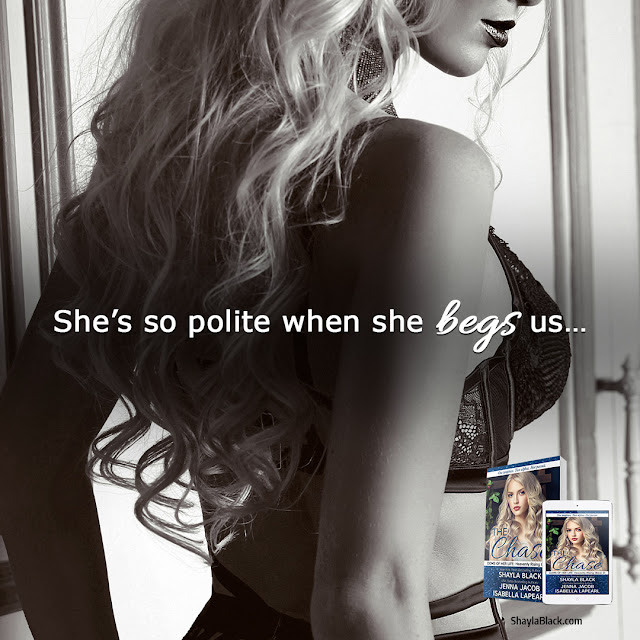 The Chase picks up where The Choice left off, and if you thought that took you on a crazy ride wait until you read this story! Be prepared for a few shockers, I'm serious I can usually sniff out where a story is going but WOW they totally threw me with Beck's backstory...and the cliffhanger OMG I need THE COMMITMENT NOW!!!!

There is unequivocally no better writing trio than Shayla Black, Jenna Jacob, and Isabella LaPearl. These woman can spin a story that you cannot help getting lost in and before you know it you have come to the end..for now anyway. I really don't know how they write a story that flows so seamlessly you would swear it was written by one author not three but I guess that just attest to how great they are at their craft.

I am not spoiling anything here but I will let you know that there is a "road trip" in this book that was so much fun I may have to convince my husband to do something similar. *wink* *wink* 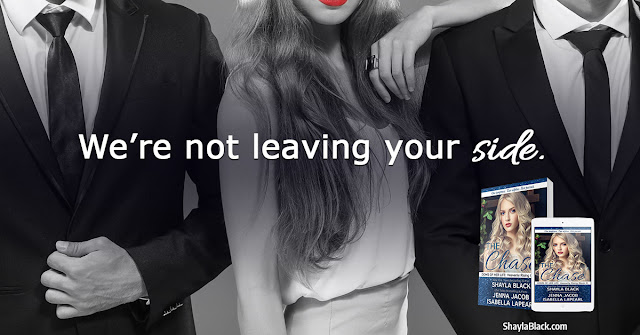 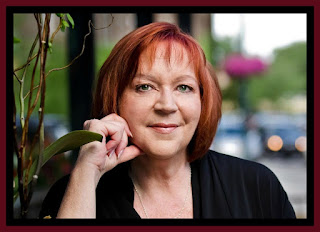 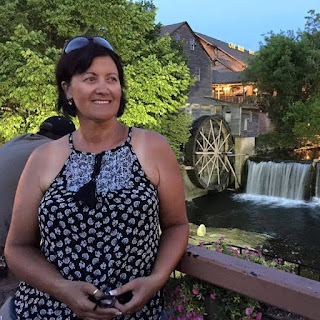