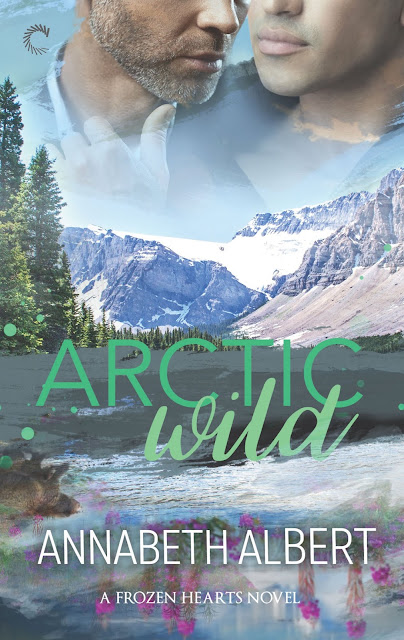 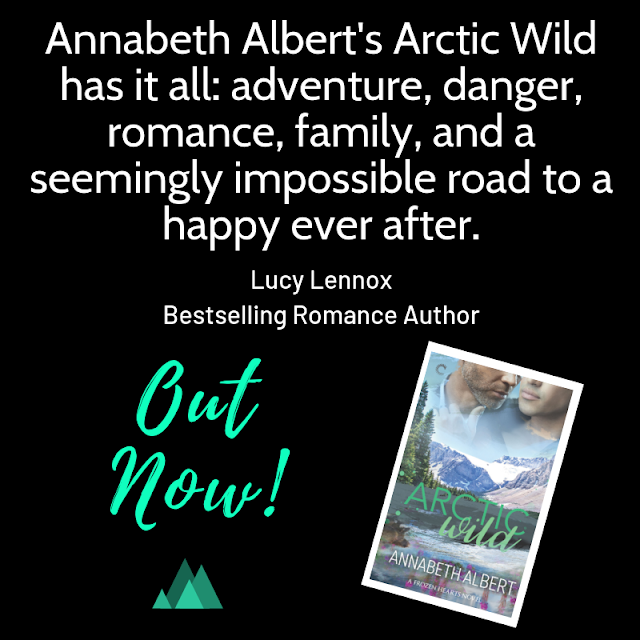 When a plane crashes in the Alaskan wilderness, the best place to land is in the arms of a younger man…

Hotshot attorney Reuben Graham has finally agreed to take a vacation, when his plane suddenly plunges into the Alaskan wilderness.

But his frustrations have only begun as he finds himself stranded with the injured, and superhot, pilot, a man who’s endearingly sociable—and much too young for Reuben to be wanting him this badly.

As the sole provider for his sisters and ailing father, Tobias Kooly is devastated to learn his injuries will prevent him from working or even making it back home. So when Reuben insists on giving him a place to recover, not even Toby’s pride can make him refuse. He’s never been tempted by a silver fox before, but something about Reuben is impossible to resist.

Recuperating in Reuben’s care is the last thing Toby expected, yet the closer they become, the more incredibly right it feels, prompting workaholic Reuben to question the life he’s been living. But when the pressure Toby’s under starts closing in, both men will have to decide if there’s room in their hearts for a love they never saw coming.

Arctic Wild was a little different from my usual reads and I'm curious as to how many readers can say that. We have all read books with an age difference I'm sure, even some where they outright call the man a silver fox but can you say that you have read one about a silver bear? Or what about religion, I don't think it's mentioned in the majority of books I've read and I honestly can't remember the last time I read a book where the main character was Jewish. So yes this book is a little different because Reuben Graham is both a silver bear and Jewish. ;) He's also a lawyer who works crazy hours, divorced, the father of a teenage daughter that he just doesn't know how to connect with, and about to embark on the trip of a lifetime without his two friends that were supposed to join him.

Tobias, Toby, is a tour guide in the beautiful state of Alaska. He takes care of his ailing father and is raising his two younger sisters. If I said he had a lot on his plate that would be the understatement of the year, but he works hard and is doing everything he can to make sure his sisters finish college and his father is taken care of. His pay helps but his tips help even more so when he finds out that two people of his three person tour has cancelled he's not happy but is committed to make the tour the best one possible so maybe the lone tourist will leave him an even better tip.

What neither Reuben nor Toby expected was the attraction they would feel toward the other, or the way meeting would impact either of their lives.

I enjoyed the slow burn between Reuben and Toby, watching them progress from tour guide/client to friends and then to lovers. I also LOVED a couple of the secondary characters, Reuben's daughter Amelia and Toby's sister Nell, for me these two young ladies added a lot to the story.

I listened to the audiobook version of this book and I have to say that the narrator did a wonderful job with the different characters. I never had to guess who was saying what at any point because each of his different voice inflections were very precise and held true throughout the book.

Arctic Wild is the second book in the Frozen Heart series but can easily be read as a standalone. I would recommend this to any one that is a fan of Annabeth Albert's work, and if you haven't read any of her books before this is a great place to start.  If you enjoy MM Romance that has a slow burn, a silver fox/bear, or low angst I would recommend this book to you as well. 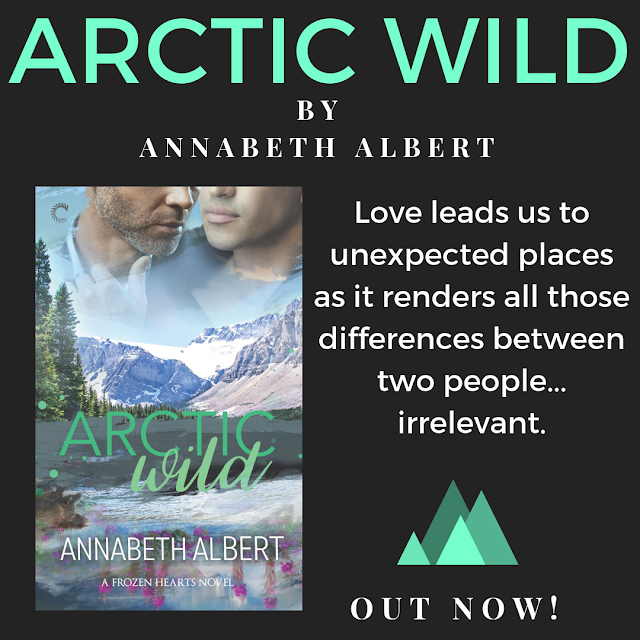 Read an excerpt from ARCTIC WILD:

“Stop making yourself sound ancient. I get it, you’re older than me, but you are undoubtedly aware that you’ve got the whole silver bear thing going on.” Clearly the icy water had seeped inside his waders, frozen his brain cells because he’d just said silver bear aloud.
“I’ve got what?” Reuben turned toward him, which made the water ripple around them. Fuck. Toby really was going to have to explain this.
“You know. A lot of guys your age get called silver fox. But you’re kinda taller and broader than a fox…” Could he really dig himself any deeper? “But…uh…still hot. You know?”
“I see.” Reuben’s voice had the sort of gravitas that made Toby’s insides tremble. “If I had time for hookup apps—which I do not—I should put that on my profile. Silver Bear. Like a fox, but bigger and hotter. Think it would get me clicks?”
“Dunno. Put a clip of you pronouncing wine names and it might.” Toby’s tongue appeared to have a mind of its own right then.
“That’s hot, huh? Syrah, Malbec, Aligote, Vranec, Aidani…” Reuben’s tone wasn’t especially flirty, but it also wasn’t all business either. They’d definitely wandered into new territory, away from the more abstract discussion of sexual identity to something more personal. And dangerous, but hell if Toby could resist keeping this going. The whole way-too-personal conversation felt way better than it should have.
“Showoff. And seriously? You’ve never used a hookup app?”
“I’ve got better uses for my time than deciding whether to swipe right. Besides, I’m something of a serial monogamist. I like relationships. I’m lousy at them, but one-night stands have never appealed much to me.”
“Really? Again, I’m the opposite. Relationships don’t do it for me.” Better he get that out front right now. If he was going to be honest about his life, he might as well own up to that part too. And it wasn’t like Reuben was asking him to start something or even would want to start something, and Toby absolutely should know better than to go there too. Nevertheless, he felt he owed it to them both to be clear about who he wasn’t.
“That’s too bad. Bet you change your mind someday.” Reuben’s smile was warm and his tone friendly, flip almost, but something about it grated on Toby.
“Bet I don’t.” Then, because snapping at a client was always a bad idea, he added in a light voice, “You ready for a snack? There’s another spot I want you to try afterward that I think you’ll really like.”
Better they get back to dry land and safer conversation topics for a while before Toby had the urge to share more. He’d had plenty of clients he liked, on multiple levels, so he wasn’t sure what it was about Reuben that totally got under his skin. But he absolutely did, and that could hardly be a good thing. 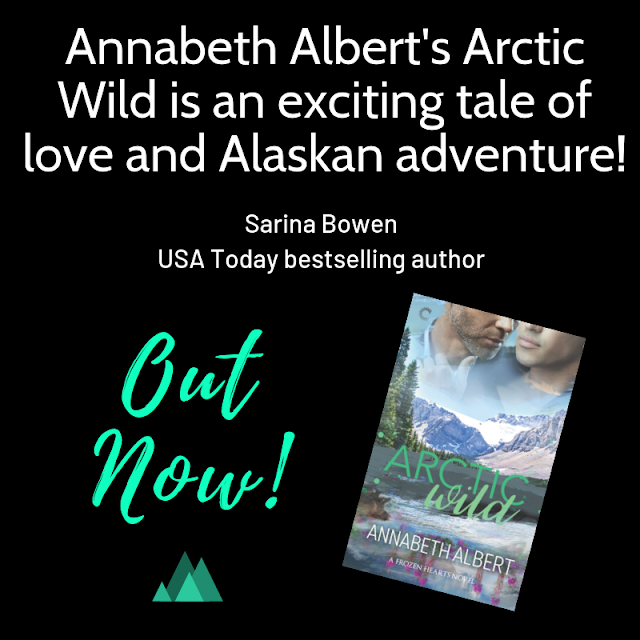 Do you find it more challenging to write the first book in a series or to write the subsequent novels?
ARCTIC WILD is book two in the Frozen Hearts series, and there is something about book two in a series that is definitely challenging! Beta Test, At Attention, and now this one were all unique challenges for me. Each book is its own challenge, though. Book One can be a challenge because you’re creating a brand-new world, all new characters, places, important themes etc. But in book two, you’re carrying that universe forward and you’re also limited by what you did in book one, and not just the obvious plot ways. The tone, length, themes, and pacing of book one absolutely affect book two as you try to make sure the series will be cohesive as a whole. And I’m sure it’s just me, but my book two of several series now have taken more intense rewrites to get the story exactly as I want it for my readers. But it’s work I love doing, and I love all the books in my various series!

What is the most surprising thing you discovered while writing this entire series?
I loved all my research into Alaska. I discovered so many amazing details, many of which made it to the books, and others which ended up on the cutting room floor so to speak, but which still influenced the series. The research into the food was among the most fun for me, and not just menus, but food storage and preservation and seasons as well.

Who is your favorite character from the Frozen Hearts series?
I loved all of the heroes in this trilogy so much. I think River from book 1 and Owen from book 3, who you’ll meet in September, were among the most fun POVs to write. Book Two, ARCTIC WILD, had my favorite secondary characters of the whole series, and I loved writing both heroes too.
Can you share with us something about Arctic Wild that isn’t in the blurb? The blurb is tightly focused on the romance between the heroes, but one of my favorite things about the book is the secondary characters. You’ll meet Toby’s sister, Nell, and Reuben’s daughter, Amelia, and a several other characters who I really enjoyed writing. Also? The blurb won’t tell you that there’s shower sex, but I totally will!

What is the key theme and/or message in Arctic Wild?
To me, this book is all about family—the family we are born to, the family we form, and the family we find in unexpected places leading to unbreakable bonds. And love—love creates family, love heals old hurts, and love leads us unexpected places as it renders all those differences between two people irrelevant. I want the message to be that we can form family and find love even in the most trying of circumstances, even when we least expect it, and that family comes in many surprising packages. 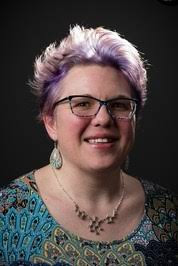