INKED NIGHTS by Carrie Ann Ryan is available today! Get your hands on this sexy new Montgomery Ink story now! 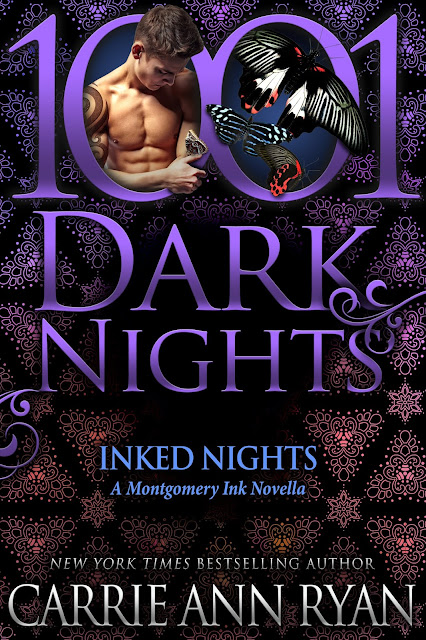 
Tattoo artist, Derek Hawkins knows the rules:
One night a month.
No last names.
No promises.


Olivia Madison has her own rules:
Don’t fall in love.
No commitment.
Never tell Derek the truth.


When their worlds crash into each other however, Derek and Olivia will have to face what they fought to ignore as well as the connection they tried to forget.


**Every 1001 Dark Nights novella is a standalone story. For new readers, it’s an introduction to an author’s world. And for fans, it’s a bonus book in the author’s series. We hope you'll enjoy each one as much as we do.** 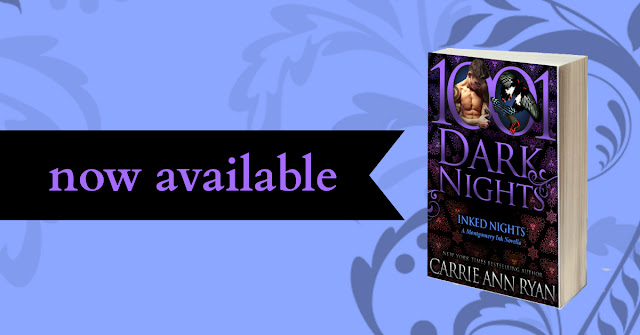 Get your hands on INKED NIGHTS now! 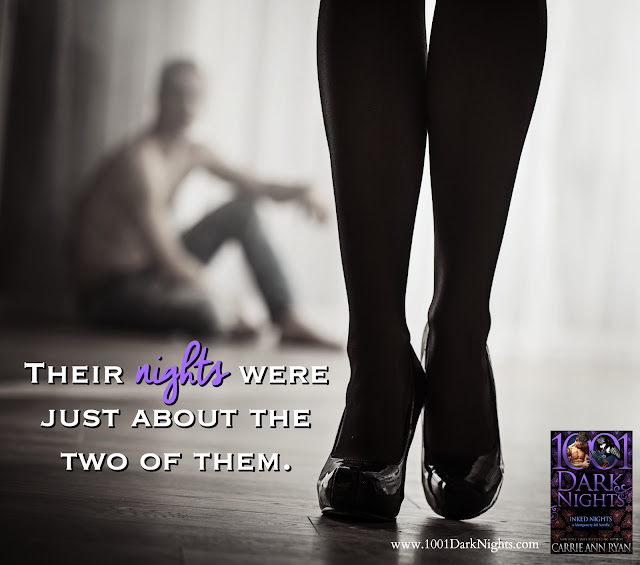 
Read an excerpt from INKED NIGHTS

So I was at the bar, and a man in dark jeans, a blue Henley, and a sexy beard comes up to me, taking the last seat at the bar. He was broad-shouldered, sexy as hell, and had a deep voice that went straight to the right places.”

Alice gave a smoky laugh, and Olivia realized exactly how detailed she’d been just then. Apparently, Derek brought that out in her even when he wasn’t near.

“We didn’t speak for a few moments until he finally turned and smiled.” She paused, remembering even as her heart ached. She loved that smile. Loved him if she were being honest. And she could never see him again. “I don’t remember exactly what we said that first time. But we talked for over an hour and had more than a few drinks. He said he was visiting, though I didn’t ask from where.” She figured now that he’d most likely been at the hotel traveling for his job, but she really didn’t know. She hadn’t asked and was afraid she never would. Though now that she thought about it, there had been a tattoo convention near, so maybe he’d been staying for that and not just the shop?

“Somehow, we ended up in his hotel room.”

“I know. It was so unlike me. It’s still so unlike me. And when we were through with each other, he said he wanted to see me again but couldn’t until he came back to town. So we promised to meet again the next month. Same time. Same place. We made our promises to ourselves, no names, just sex, just time. And we kept with it for four years without missing a month. I can’t believe we made it last as long as we did without finding out more about each other, but we did. And now…and now it’s crazy.”

“You called him Derek. So you must know his name now.”

“He asked me to call him by his name this last time.” She paused. “And that’s how I realized I knew him.”

Alice paused. “You know him? Of course you do. You’ve been sleeping with him for four years. I’m not judging. You know I wouldn’t because what you’re doing is damn hot and I know you’re being careful because you wouldn’t be Olivia if you weren’t, so there must be something to it.”

“I know him from when I was younger. Much younger. I didn’t realize it was him because of the beard and, honestly, I never thought I’d see the Derek I knew again. He doesn’t recognize me, though. I don’t know why he would. It’s been so long.”

“And that means you can’t see him again? Because, from the way you’re sounding, I have a feeling you want to run away from him and what you could have.”

Alice knew her far too well. “There are things…there are things I need to tell him before I tell anyone else. Reasons why I never should have been with him. Why I can’t be with him again. I’ll tell him. I have to. But I just don’t know how.”

Then she told Alice about the fact that Derek knew her neighbor and how he’d come over and that everything seemed to be falling apart around her. She was her own undoing, and she had to figure out the next step.