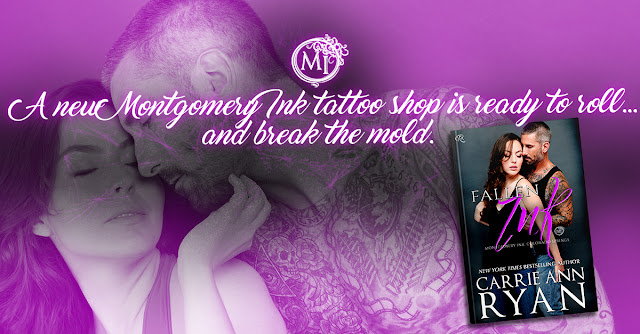 Falling for your best friend has never been hotter. FALLEN INK by Carrie Ann Ryan is available now! You do not want to miss out on meeting the Colorado Springs branch of the Montgomerys. Check out a sneak peek below and pick up your copy now! 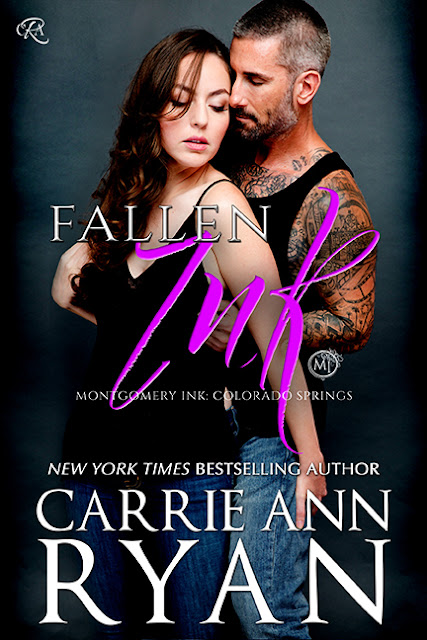 The Montgomery Ink series continues with a spin-off in Colorado Springs, where a familiar Montgomery finds her place in a new tattoo shop, and in the arms of her best friend.
Adrienne Montgomery is finally living her dreams. She’s opened a tattoo shop with her brother, Shep, and two of her cousins from Denver and she’s ready to take the city by storm with her art—as long as she can handle the pressure. When her new neighbors decide her shop isn’t a great fit for the community, however, she’ll have to lean on the one person she didn’t expect to fall for along the way…her best friend.
Mace Knight takes pride in two things: his art and his daughter. He knows he’s taking a risk by starting over in a new shop with the Montgomerys, but the stakes are even higher when he finds himself wanting Adrienne more than he thought possible.
The two fall fast and hard but they know the rules; they can’t risk their friendship, no matter how hot it is between the sheets and how many people try to stand in their way.

Get your hands on FALLEN INK now! 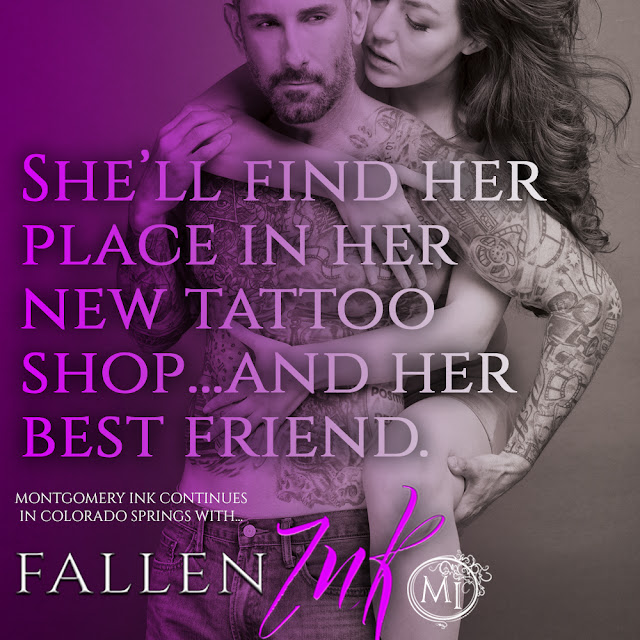 Read an Excerpt from FALLEN INK

Mace was making a fucking mistake, and he didn’t care. Adrienne tasted like sin and seduction, and he knew if he stopped kissing her, he’d let his mind wander to what the hell he was doing, and he’d fuck up everything even more.

So, he kept kissing her.

And then he took it deeper. His fingers tangled in her hair, and she slid her hands up his chest, digging into his flesh. Their moans were lost in the wind and rain outside as it beat down on the bathroom window, and he couldn’t help but explore her mouth.

He’d thought about doing this countless times; thought about tasting her, having her. He’d imagined himself licking up her neck and down between her breasts before devouring her everywhere else. He’d thought about how she’d arch into him as he plunged into her, and they’d both come, panting and sweaty.

He’d thought about all of it because he’d been attracted to Addi from day one, but had never wanted to hurt their friendship. That was still the case because she was the most important adult in his life, the strongest relationship he had with another person besides Daisy.

So why was he still kissing her? Mace was about to pull back when she leaned in closer, her breasts pressing into his chest.

And when her hands slid around to his back to cling to him, he knew there would be no getting out of this mistake just then.

They’d deal with the consequences later because that’s what they did. They were strong enough to deal with anything, and right then, all he wanted to do was bury himself inside his best friend and never stop. 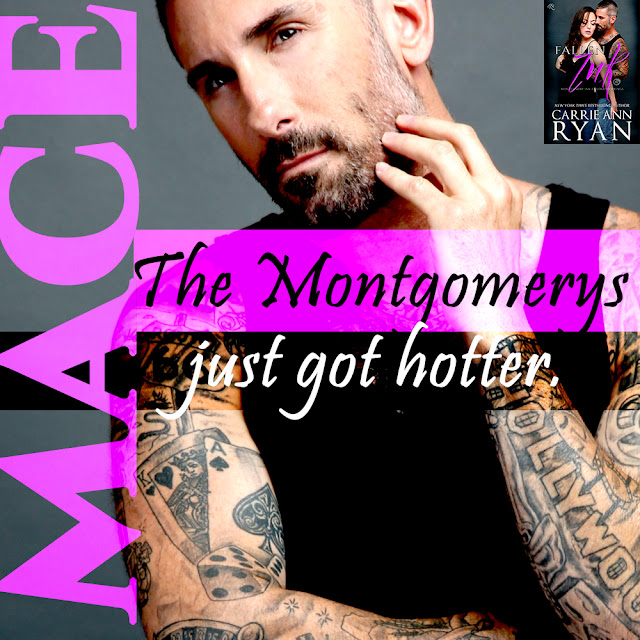