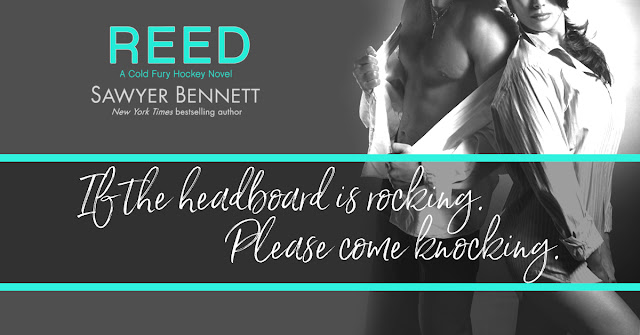 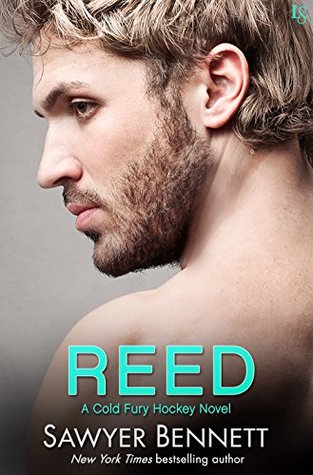 Hockey season may be over, but in New York Times bestselling author Sawyer Bennett’s new novel, a Carolina Cold Fury heartbreaker is heating things up off the ice and eager to score with the girl next door.

No one skates like Reed Olson. In the off-season, no one plays like him either. After back-to-back championships, Reed craves a different kind of action. Good thing there’s no shortage of women ready for a summer fling with a sports star. Reed has a specific type—blond, busty, not too bright—and a little black book full of options. But when his bed starts rocking, it’s his unexpectedly sexy neighbor who comes knocking. And the brainy beauty is impossible to ignore.

Josie Ives desperately needs something her celebrity neighbor obviously doesn’t: sleep. His headboard banging against the wall is keeping her up at night—not to mention inspiring some very naughty dreams. Reed is everything she imagined: a little too good-looking, with a body that puts Greek gods to shame. But he’s also funny and charming—a tempting combination. Josie’s the opposite of his type, yet the chemistry between them is undeniable. Their friendship certainly has its benefits, and it’s heating up to be so much more. 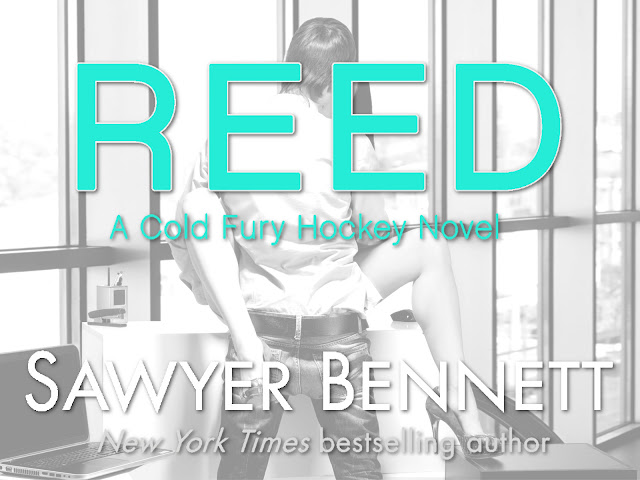 Reed was a wonderful addition to the Cold Fury Hockey Series and as with the other books in the series it can be read as a standalone, but, if you're like me you'll want to read them all.

I LOVE a good strong female heroine and that is what we have in Josie, she is first introduced to us when she is knocking on her neighbors door, Reed, to complain that his headboard knocking is keeping me awake and then proceeds to call his bed-mate Barbie, as in the Barbie doll because that's what she looked like....SO FUNNY!! I knew I was going to like Josie just from that but then she became more, she's an ER Doctor so you know she's smart and she has a great sense of humor, although she was a bit insecure at times she had reason to.

Reed, now this is a man with a type, yes he liked his women to look like Barbie, blond with a big rack and legs that went on for days,  and he preferred them just about as intelligent as one...sorry Barbie, but the women he was sleeping with were really airheads!

The friendship between Reed and Josie was instant but it did take them awhile to build up to friends with benefits which I appreciated because it felt natural. We get a peek into what is going on with some of the men of Cold Fury as the Stanley Cup makes its rounds to each team member, we also get a peek into the next book which is Marek's second-chance-at-love story with one very heavy bomb that has been dropped when Reed and Marek go to stop a wedding.

Sawyer Bennett has done it again with Reed, she has truly made an entire hockey team filled with men worth getting to know. Each one of these stories have been great reads. I highly recommend not only Reed but the entire series. Happy Reading!!! 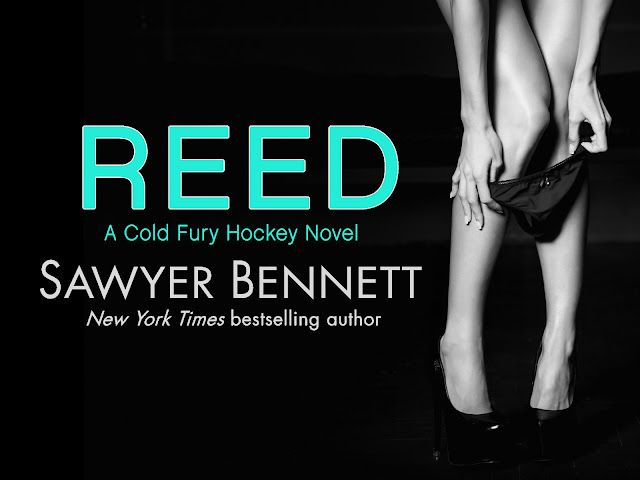 
Sawyer likes her Bloody Marys strong, her martinis dirty, and her heroes a combination of the two. When not bringing fictional romance to life, Sawyer is a chauffeur, stylist, chef, maid, and personal assistant to a very active toddler, as well as full-time servant to two adorably naughty dogs. She believes in the good of others, and that a bad day can be cured with a great work-out, cake, or a combination of the two.
WEBSITE | FACEBOOK | TWITTER | BOOKBUB | AMAZON AUTHOR PAGE | INSTAGRAM
at February 06, 2018