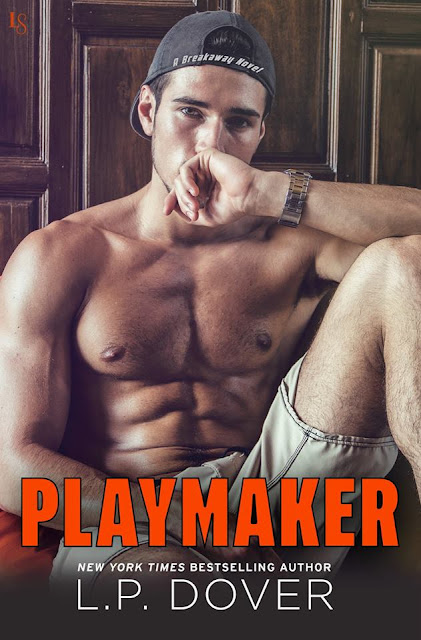 He knows every play in the book. But she’s calling the shots.

I’m Maddox Ledger, all-star winger and the reason the Charlotte Strikers killed it in the playoffs. Yeah, the tabloids like to call me arrogant. A real hothead. All I see is a guy who plays to win. Wreaking havoc on the ice, breaking a few hearts—that’s all just part of the game. And I’m sure as hell not sitting on the bench.

When my teammate asks me to be in his wedding party, I can’t refuse. Lucky for me, the bridesmaid I’m paired with is the definition of eye candy, but she’s so much more than that. Lacey Easton is totally irresistible and she makes me want to be a better man. A glimpse of bare shoulder takes me back to a steamy, two-week Vegas tryst I can’t forget. One I’m eager to repeat.

Suddenly our one-night stand is turning into the sequel. Still, Lacey’s keeping secrets. She doesn’t trust me. And maybe I deserve it. But I know more than she thinks I do and there’s no chance I’m letting her get away—or letting another guy take what is mine. This time, I’m playing for keeps. 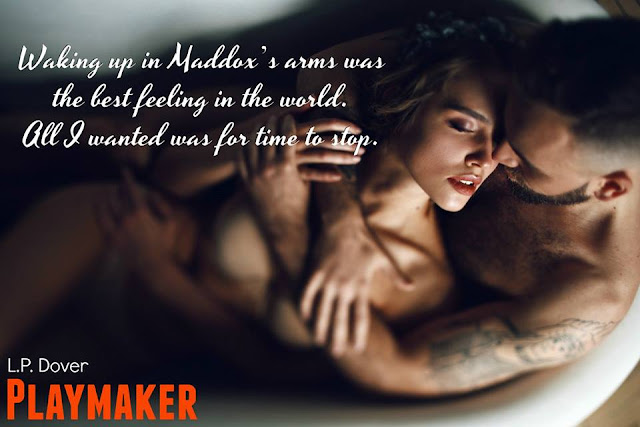 This has been an enjoyable series but I will admit Playmaker has been my favorite so far, I really love a good second-chance story and that is what we have here and we also have a love triangle which makes things very interesting.

Lacey and Maddox had met several years earlier and spent two weeks together in Las Vegas where they were married, only no one knows because the morning after they were married Lacey took off. You would think that it would be easy for Maddox to find her, if he looked, but here's the thing she used her middle name, Paige, so he didn't know that he was looking for the wrong person. A chance meeting that occurs in Blocked reveals that not only is her name really Lacey but she is also the younger sister of his playmate and rival Dallas Easton...talk about making things complicated.

Playmaker is a great story if you love second chances, love triangles, or even sports romances. I recommend reading the entire series in order, although, you can read this as a standalone. L.P. Dover does a wonderful job with writing a story that will pull you in on page one and she will make you fall in love with Maddox, seriously this bad ass hockey player that has a playboy bad boy persona really is not what he seems at all and once you find out the little secret hes hiding you'll fall even harder. Maddox is definitely book boyfriend material. 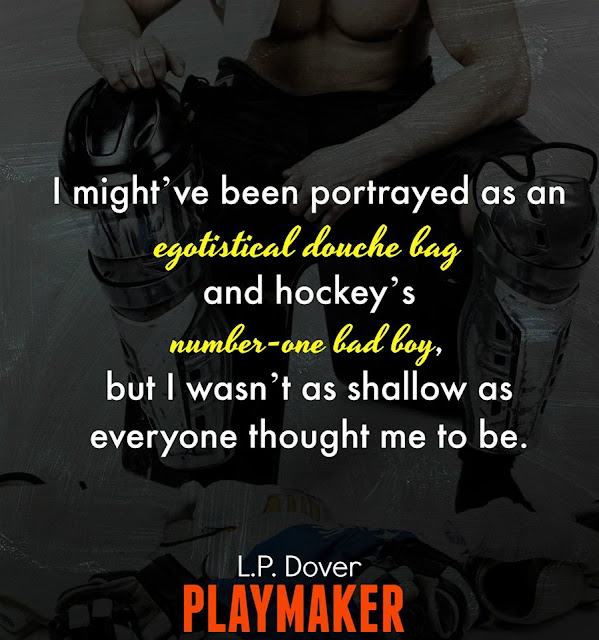 
“And we’ll be right back,” Maddox announced, grabbing my wrist.
He pulled me away, and I went willingly with him. I glanced back at Braeden and he started toward us, but I shook my head, stopping him midstep. Maddox turned the corner, his eyes burning like fire.
“I thought I could get through this, but I can’t. I’m so fucking tired of the lies. I know who you are, Lacey.”
My heart stopped. I pretended to be stupid. “Of course, you know who I am. Stop being silly. We need to get back to the wedding.”
He stepped closer, caging me against the wall, with his lips so close to mine. “No,” he growled low. “I mean, I know who you are . . . Paige.” Keeping his eyes on mine, he glided a hand down my bare back and reached inside my dress, circling his fingers around my strawberry birthmark. My whole body broke out in chills. “Did you seriously think I wouldn’t recognize you?”
“Took you long enough,” I snapped.
“Oh, I knew who you were right after you left me in Vegas.” My mouth dropped. “Yeah, that’s right, sunshine. A well-paid private investigator can find out anything.” 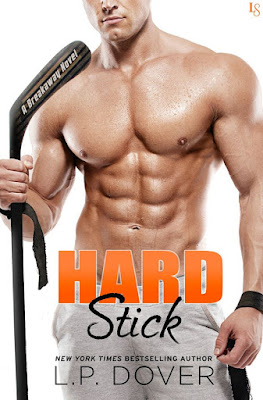 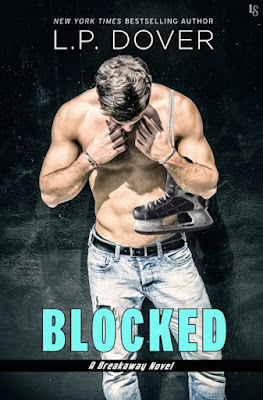 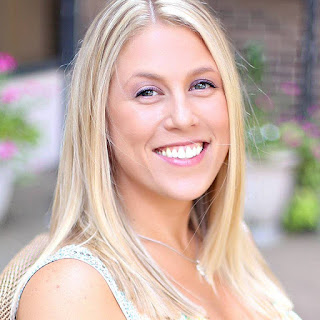 She loves to write, but she also loves to play golf, go on mountain hikes and white water rafting, and has a passion for singing. Her two youngest fans expect a concert each and every night before bedtime, usually Christmas carols.

Dover has written countless novels, including her Forever Fae series, the Second Chances series, the Gloves Off series, the Armed & Dangerous series, the Royal Shifters series, the Society X series, the Circle of Justice series, and her standalone novels It Must’ve Been the Mistletoe and Love, Lies, and Deception. Her favorite genre to read and write is romantic suspense, but if she got to choose a setting in which to live, it would be with her faeries in the Land of the Fae.