“Sexy, sweet and heartfelt, Annabeth Albert's Out of Uniform series is a fresh take on Navy SEALs that will delight and entertain romance readers.” --Layla Reyne, author of the Agents Irish and Whisky series. 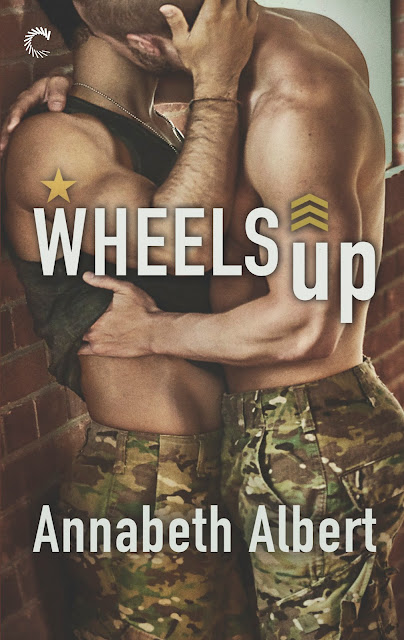 Their love is forbidden, but their hearts aren’t listening to rules and regulations…
Lieutenant Dustin Strauss is a reformed man. No longer a twentysomething hell-raiser, he’s his SEAL team’s new XO—and a man with a secret. Or seven. He's kept his bisexual identity under wraps for years, along with his kinky side and a fondness for the military-themed semi-anonymous hookup website Joe4Joe. His latest chat buddy is more than a sexy online distraction—they're taking their very not-safe-for-work relationship into real time.

Petty Officer Wes Lowe has a smart mouth, a take-charge attitude and an uncanny ability for making things go boom. The life of an enlisted man isn't always enough to satisfy him, but one wild, no-questions-asked weekend with his online love comes close. When a transfer order comes in, Wes feels ready and centered. He'll make a good impression on his new SEAL team and keep his growing feelings for Dustin on the down low.

But as they log more time online and some very real emotions surface, Dustin and Wes struggle to pretend they're just a harmless fling. And when his commander introduces Dustin to his team's newest member, they're in for the shock of a lifetime…and a crushing disappointment: their difference in ranks means even a friendship without sexual contact could end their navy careers for good.

With their hearts on the line, Dustin and Wes may not survive their next mission, let alone find a way toward a future together.

I have been really enjoying this series, each of the books either getting four or five stars from me but I must say that this story of Dustin and Wes has to be my favorite. I absolutely loved this book. Dustin and Wes met online through the Joe4Joe app and began a sexting, video chatting from the neck down while getting busy, etc. but they have never met in person and that was because they were on opposite coasts, Wes on the East Coast (North Carolina) and Dustin on the West Coast (California) that was until Dustin had to fly to Washington, D.C. for a dinner so he and Wes decided to meet and see where things took them.

I was wondering how Annabeth would get things to work out between the two but I shouldn't have because where there's a will there's a way! There were a couple of parts that had me holding my breath worried on how things were going to turn out, and I must admit there were tears shed during a few parts as well. There were some cameo appearances from past couples but the most prominent past couple was Apollo and Dylan (Dustin's younger brother) whom were married during the course of this book, I am looking forward to reading "I Do" to get the full story of the wedding because we only get a little glimpse of it here.

Things aren't easy for Dustin and Wes and there is a lot of sneaking around and I will admit that it made there relationship even hotter for me, it added another layer to their story. As I mentioned before Wes and Dustin are definitely my favorite couple of the series to date, but only time will tell if they continue to hold that coveted spot. 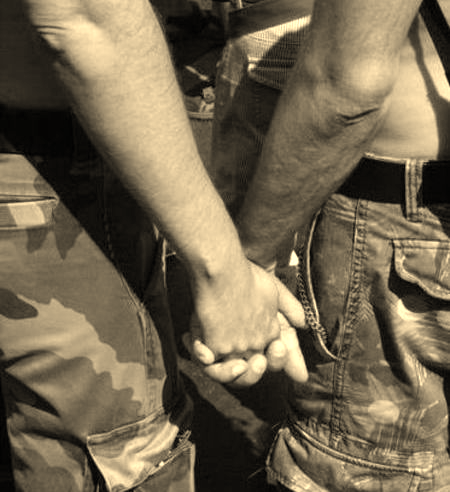 He’d seen Wes’s chest before on camera, but the camera was fuzzy, missing key details like how Wes’s nipples were the exact color of Dustin’s favorite butterscotch toffee and how his collar bones looked made for biting. And the camera had never captured the force of Wes’s stare, the way he seemed to see past Dustin’s soul to his most secret of desires.

“Think you could get your cock out for me?” Wes’s voice was as seductive as a kiss, and his eyes never left Dustin.

Using his left hand, Dustin got an awkward grip on his cock, drew it out, waited for the next command.

“You’re doing so good for me,” Wes praised. “Pinch a nipple for me, nice and hard, and I might let you touch your cock.”

“Oh fuck.” Dustin absolutely loved when Wes played like his, and being able to look at his intense face while he made such dirty commands was the best head trip ever. Following orders, he used his left hand to pinch his right nipple, hard enough to make himself gasp.

“Hurts,” Dustin panted. He’d had worse pain, of course, but somehow deliberate pain like this was a far different beast than the ordinary wear and tear he took over the course of training or a mission.

“Yes. Thank you.” Dustin’s eyes squished shut as his hand connected with his throbbing cock.

“No, look at me,” Wes commanded, and Dustin’s eyes snapped back open.

He stroked himself with a firm grip, but slowly like Wes wanted. He had to squeeze hard on the base because he was that close to the edge. “Oh God.” His voice broke.

“Yeah? Tell me what you want.” Wes was breathing hard, the only sign that he wasn’t immune to Dustin’s show.

“I’m close.” Dustin’s whole body trembled as he repeated the slow stroke upward on his cock.

“No, you’re not.” Wes’s voice was stern, his eyes like granite chunks. “Tell me. Tell me what you want.”

Usually this was where Dustin would start begging to come, admitting to progressively kinkier fantasies, but instead the truth tumbled out. “Touch me. Oh, God, touch me please.”