NYT bestselling author Carrie Ann Ryan's INKED MEMORIES is available TODAY. Read a sneak peek below and pick up your copy now - you don't want to miss meeting the dirtiest Montgomery yet. 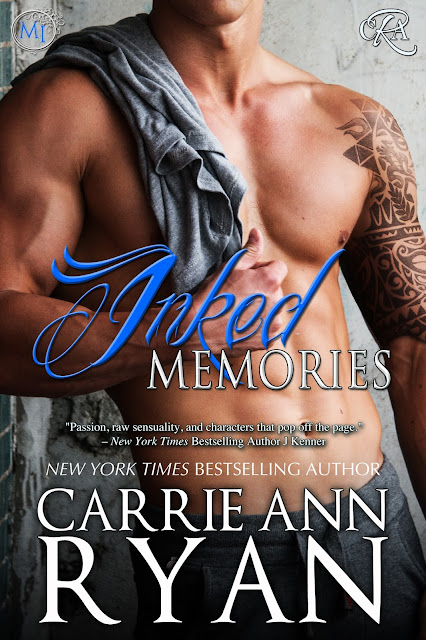 Wes Montgomery watched his entire family fall in love, and now finds himself ready to settle down. Except the one person he seems to find chemistry with is not only his twin’s ex, she also works for Montgomery Inc. But when the two find themselves in one compromising situation after another, Wes realizes he’s having second thoughts about the dynamic woman who’s burst her way into his life. Sure she sets off his temper, but she also makes him hot in every other way possible.

Jillian Reid never loved her best friend like everyone thought she should, so she pushed him away so he could have his future. Now, despite fighting it, she finds herself attracted to the one man she shouldn’t. When her father’s health takes a turn for the worse, and a danger no one saw coming show its face, she’s forced to turn to Wes for help. The two of them have fought off their attraction long enough, and each cave to the desire. But this enemies-to-lovers tale might have an ending no one ever dreamed of.

Get your hands on INKED MEMORIES now! 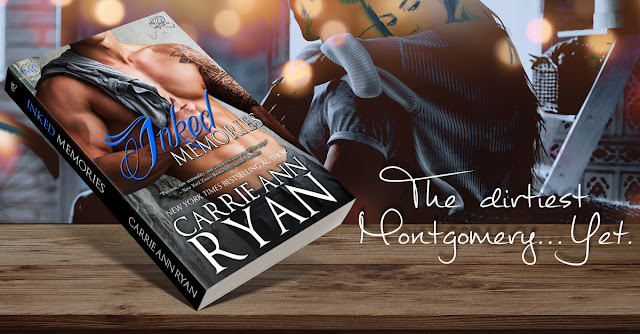 Get a sneak peek of INKED MEMORIES:


Jillian tore off her shirt right beside her truck. Thankfully, she’d thought to put on her normal tank underneath like usual, even though she hadn’t planned to work that day. She needed a shower, but the fact that she’d washed her face and hands to the point of reddening her skin and was now pulling on a new shirt would at least take care of most of the damage.

Almost all of the crew was gone for the day since it had taken her much longer to do her job than probably anyone had planned. But, hell, it had been a much larger piece of crap bathroom than even Storm figured. Now, she was ready to go home, drink a beer— after her shower—and watch a Harry Potter marathon.

And didn’t that just sound like the most interesting life ever.

She sighed and honestly didn’t care all too much what others thought of that. She’d had a long day she hadn’t planned for, and she just wanted to relax her way.

After tossing her dirty shirt into the garbage bag in her truck since she knew there was no saving that particular piece of clothing, she turned and let out a silent screech. Her foot slammed into the curb, and her ankle twisted slightly. Hands out and braced for an ugly fall, everything seemed to go in slow motion as she tried not to hurt herself any worse than necessary.

Strong arms wrapped around her waist and pulled her up so her back pressed firmly into a very hard chest. Her heart raced since she still felt like she was falling even though she wasn’t, and she let out a slow breath.

Of course. Of course, it was him. It couldn’t be anyone else who witnessed her clumsiness and near accident. It had to be Wes fucking Montgomery.

Where was a crevice in the earth to swallow her up and take her away from this situation when she needed one?

Instead, he turned her in his hold and looked her right in the eyes. “Are you sure you’re okay?”

She swallowed hard. Why hadn’t she noticed the brightness of his eyes before? Or the way his pupils dilated when he focused on something...namely her at the moment?

“I’m fine,” she repeated. And she was. Her ankle throbbed slightly, but it wasn’t even a sprain since she’d had enough of those to tell. She’d just tweaked it a bit in her clod-hopping way of walking.

“Seriously, Wes. You need to stop trying to baby me, or whatever the hell you think you’re doing all the time. I’m not an idiot. I can handle myself. Why do you—?”

She didn’t even know what she was going to ask at that moment because her mind went blank at the first touch of Wes’s lips to hers. Her eyes closed of their own volition, and she leaned into him. That seemed to push him harder, and he deepened the kiss, his lips soft yet firm against hers as his tongue traced the seam of her mouth. She opened for him, tangling her tongue with his as she moaned.

The sound seemed to break them both out of whatever the hell they were doing, and they pulled apart as if struck, both left panting, their chests moving quickly up and down.

“No. Not going to happen.” She held out her hands, trying to catch her breath. “Nope. No way.”

Wes looked at her as if he hadn’t seen her before, his eyes a little wide. “It was...it was an accident.”

She didn’t even flinch at that, too numb from everything else hitting her all at once. “Fine.”

She turned on her heel, grateful she hadn’t actually hurt her ankle, and jumped into her truck before turning her engine and pulling away.

And if she kept repeating that to herself, she just might get the damn taste of Wes Montgomery out of her mouth. 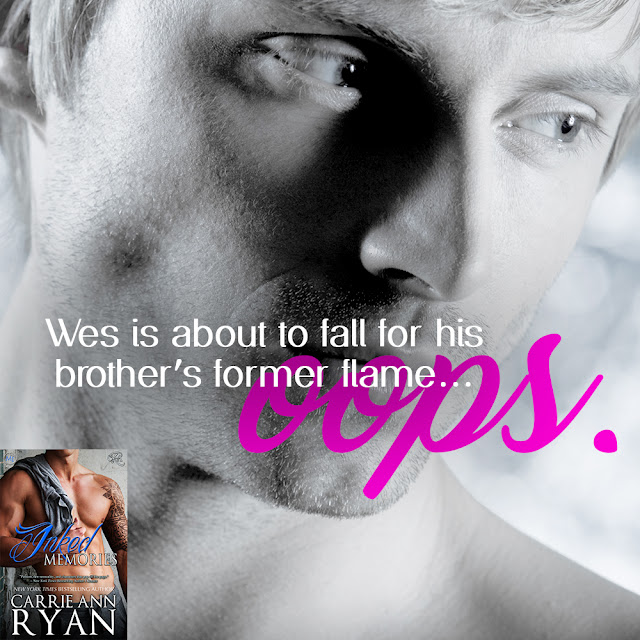