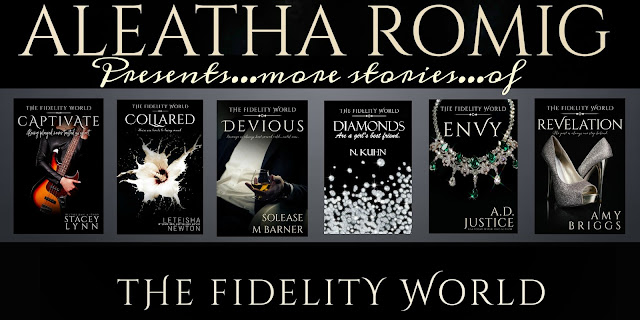 Come see the new stories in the Fidelity World 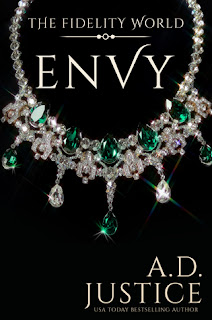 Though I denied it, envy ruled most of my life.
I was always the outsider among people born to privilege.
Envy made me despise them, the Montague Manor elitists.
Until I fell in love with one of them.
Wyatt Spencer Weston changed my life.
He changed me for the better, at first.
Until his inconceivable betrayal nearly destroyed me.
He recently took control of his family’s business and the vast wealth that comes with it.
I’ve waited years for this day to arrive.
Envy used to rule me. Now a driving need for revenge does.
Wyatt will soon learn a valuable lesson in envy.
When you have everything, you have more to lose. 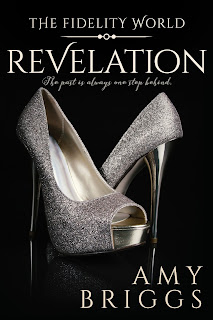 Lucinda Quinn couldn’t wait to get out of her small town and make a name for herself in New York City. But what she found was the harsh reality that nothing comes easy. Working as an intern, with long nights and menial tasks doing nothing for her career, she doesn’t bat an eye at becoming an employee of one of New York’s best kept secrets - Infidelity. One year of companionship, with a well-connected rich man in the city, is just the ticket she needs to finally skyrocket her dream of becoming a successful businesswoman.
Ryder Donahue is one of Manhattan's most eligible bachelors. With a thriving multi-million dollar company, and stunning good looks, he could have any woman he wants. Except that he’s tired of the distraction of the dating scene, filled with nothing but gold diggers, throwing themselves at him for status and money. Knowing he needs an escort to events, to establish his credibility among the old money in New York City, he hires a companion from the Infidelity Club to be his stand-in girlfriend for the year.
When Lucinda and Ryder meet, their pasts collide, setting in motion a tumultuous roller coaster of events that leave them wondering what could have been, and what could be. Will the two set aside their jaded memories to turn this business arrangement into a relationship? Find out in Revelation, a Fidelity World novella. 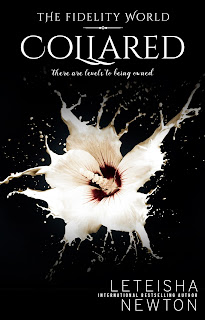 Death changes us all …
Without my husband, my world caved. The business we built together is a prison. Our home, once filled with laughter and passion, is a tomb for what was. I want to give it all away and find a new place to start over. But the needs inside me, long-hidden whispers, won’t leave me alone. What I crave, a newfound darkness to match the pain, is impossible to ignore.
When Infidelity offers me a chance for fulfillment and a companion with no strings, I grasped it with both hands.
My Master is hurting. He’s filled with agonies and releases them on my flesh. We push and pull, an Owner and his slave, and I am helpless at his feet. But he strengthens me, giving me the power to fight his demons and substitute for what he’s lost.
I wasn’t supposed to fall in love, shouldn’t want to be more than a replacement. But I did, and I do. We only have the agreement between us, but I want him to own me irrevocably. Forever, always, to keep me …
Collared. 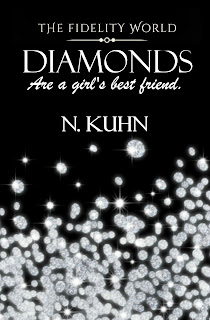 As a diamond broker for the Costello crime family, you should never, ever, fall in love, with the Feds, especially one sexy black haired, green eyed vixen, set on putting you away.
They say, diamonds are a girl’s best friend. But when they are blood diamonds, from a criminal you’re supposed to put away, this Federal Agent can’t keep them, or him. Can she? 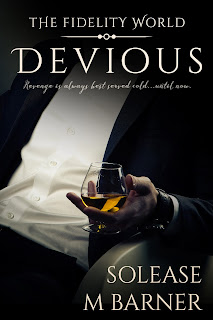 Revenge is best served cold… until her.
Jaxson Montgomery has worked long and hard to climb to the top of the business world. His company is one in which image and connections mean success or failure. He’s known as ‘The Fixer’, and for the right price, he can make any problem disappear. His services are sought by the wealthiest and most famous people across the globe… and, quite often, the most notorious and criminally inclined as well. He’s respected by men and adored by women. To society, he appears to be a man with everything, good looks, charm, wealth, and, if he so desires, a different woman every night of the week.
But in his world, appearances are only a matter of perception. Jaxson Montgomery does not have everything. There’s one thing he desperately wants and he’s determined to have it, by any means necessary. After tragedy in his own life leaves him reeling and broken with a problem even he’s unable to fix, Jaxson is determined to seek retribution. He has the perfect plan. It’s devious, dark, and dangerous, but failure is not an option. Jaxson learned long ago to keep his friends close and enemies, closer. He’s prepared to do whatever it takes to have his revenge… even if it means sleeping with the enemy.
And the beautiful Silvia Demetri is the perfect pawn. After all, revenge is always best served cold…
Until it isn’t.
Kindhearted Silvia Demetri doesn’t have the perfect life. Yet, to the world, she appears to have everything a woman could possibly want… beauty, intelligence, sophistication, money. But we all know, appearances can be deceiving. There’s something missing, something very important. She yearns for love, but has given up all hope of finding it.
When Silvia begins preparations for her annual charity foundation event, little does she know her entire life is about to be changed by a simple chance encounter with a handsome, charming stranger, one who will sweep her off her feet, make her feel things she’s never experienced, and turn her world upside down.
A man who knows nothing about her or her family… or so she thinks.
But what if meeting Jaxson Montgomery wasn’t chance at all…
Maybe it was something far more devious. 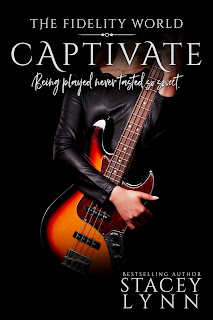 Claudia Townsend, daughter of disgraced Judge Keith Townsend needs a fresh start, and in New York, she finds exactly what she’s looking for.
Raised with poise and grace and a lifetime of being around the wealthiest members of society in Savannah, Georgia, becoming a client of Infidelity makes perfect sense. It offers her everything she needs—financial security, a new life, and the possibility of final getting rid of her pesky V-Card.
What—or who—she doesn’t expect, is for Liam Allistor to come crashing in and messing up all of her new plans.
Liam Allistor has more secret than he has tattoos. His deep set black eyes and banging body along with his mystery allure is what makes panties drop as soon as he steps on stage in crowded arenas. But then he’s rocked by a scandal and his ticket sales plummet. His tour ends at breakneck speed, and everyone, including Liam, is left wondering if his career has come to a screeching halt.
He needs a publicity makeover, but more than that…he needs a girlfriend. And Infidelity is just the place for him to find one.
His agent wants him to clean up his image. Infidelity wants his money and silence.
And Liam? He wants Claudia, and he doesn’t care what he has to do to get her.

On August 3 from 6 - 10 PM EST....in Aleatha Romig's Updates and Teasers we will have a THE FIDELITY WORLD LAUNCH CELEBRATION. Different authors every 15 minutes. Special appearances by THE DRAZEN WORLD and IMPERFECT LOVE WORLD - Kindle Worlds. The grand prize for the celebration is a Kindle Paper White. 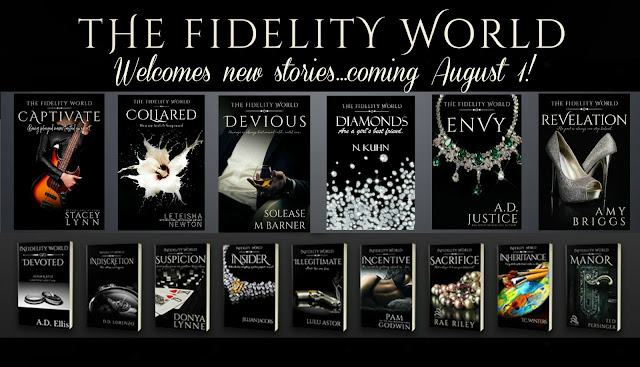 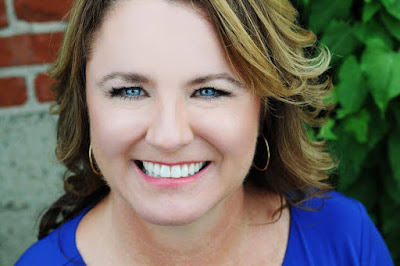 Aleatha Romig is a New York Times, Wall Street Journal, and USA Today bestselling author who lives in Indiana, USA. She grew up in Mishawaka, graduated from Indiana University, and is currently living south of Indianapolis. Aleatha has raised three children with her high school sweetheart and husband of nearly thirty years. Before she became a full-time author, she worked days as a dental hygienist and spent her nights writing. Now, when she's not imagining mind-blowing twists and turns, she likes to spend her time a with her family and friends. Her other pastimes include reading and creating heroes/anti-heroes who haunt your dreams!

2017 brings Aleatha's first "Leatha, the lighter side of Aleatha" with PLUS ONE, a fun, sexy romantic comedy.