The Time in Between by Kristen Ashley (Cover Reveal)

From New York Times Bestselling author Kristen Ashley, comes the third and final book in her The Magdalene series—THE TIME IN BETWEEN—releasing August 29, 2017! Don’t miss the beautiful cover below, and pre-order your copy today! 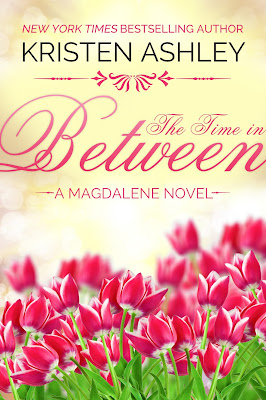 About THE TIME IN BETWEEN (The Magdalene Series #3):

But when that girl shows up in Magdalene and buys the town’s beloved lighthouse, even if Coert wants to avoid her, he can’t. A fire in town sparks a different kind of flame that won’t be ignored.

As Cady and Coert question the actions of the two young adults they once were thrown into earth-shattering circumstances, can they learn from what came in between and find each other again?


Preorder your copy of THE TIME IN BETWEEN today!


Add to your Goodreads


And don’t miss the first titles in the The Magdalene Series!

About Kristen Ashley: Kristen Ashley was born in Gary, Indiana, USA and nearly killed her mother and herself making it into the world, seeing as she had the umbilical cord wrapped around her neck (already attempting to accessorize and she hadn't taken her first breath!). Her mother said they took Kristen away, put her Mom back in her room, her mother looked out the window, and Gary was on fire (Dr. King had been assassinated four days before). Kristen's Mom remembered thinking it was the end of the world. Quite the dramatic beginning.