Resistance on Ice by S.R. Grey (Release Blitz with Giveaway) 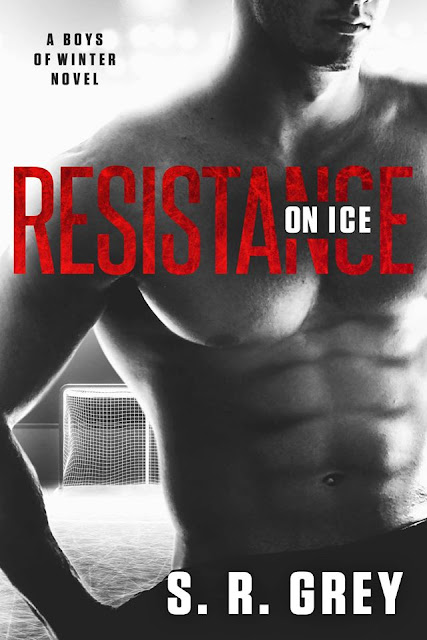 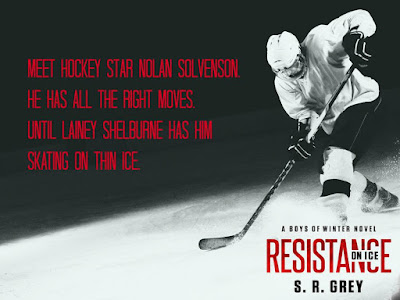 Praised by Wall Street Journal Bestselling Author Ilsa Madden-Mills as "the usual Grey crisp writing, lovable heroes that you kinda want to slap, and a heroine that doesn't back down," Resistance on Ice is another fun standalone novel in the Boys of Winter hockey romance series.

Hockey star Nolan Solvenson is nothing short of skilled perfection, both on and off the ice. Or so everyone thinks. His teammates are constantly hitting him up for advice, but really, when it comes to his own life, Nolan can't seem to make the right moves anymore.

Blame it all on Lainey Shelburne, a woman he wants but is determined to keep at arm’s length. That’s why, after a few sexy encounters, he unceremoniously blows her off.

When they’re reunited, facing off against the fiery cocktail waitress becomes the challenge of his life. Lainey is furious with him for dumping her and wants nothing more than to kick him in the junk. But Nolan—typical man—is only interested in getting Lainey back in his bed.

That plan is shot all to hell when they reach a shaky truce and Lainey drops the bomb that all she’s looking for now is a "just friends" relationship with Nolan.

Suddenly, the "know-it-all" athlete is skating on thin ice as he tries to hide his burgeoning feelings from the one woman who has the ability to thaw his heart. But is Lainey willing to try a relationship with him again? Can Nolan resist the urge to walk away?

Resistance on Ice is a fun standalone novel and the second installment in the bestselling Boys of Winter hockey romance series. 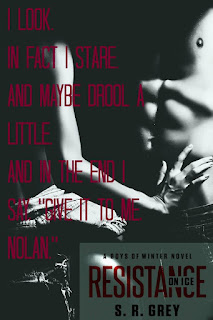 Add to your goodreads TBR Shelf