His to Seduce (Fireside #4) by Stacey Lynn (#TeaserTuesday) 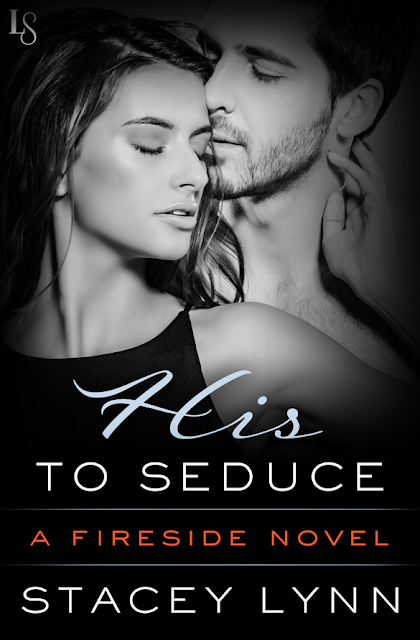 "He'll stop at nothing to get this tightly buttoned up woman, completely unwound beneath him."

HIS TO SEDUCE by Stacey Lynn is releasing in just one week!! #TeaserTuesday 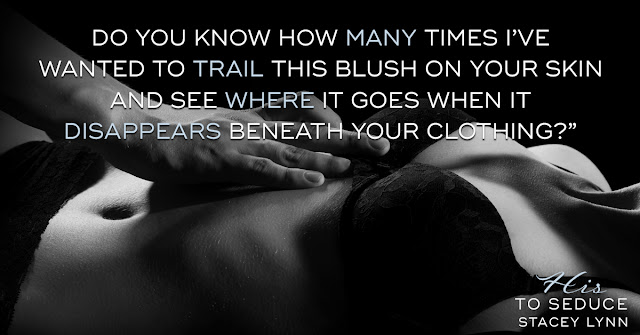 An honorable man who’s lost his way . . . A career woman who hides behind her button-up suits . . . Unexpected romance is the specialty at the Fireside Grill as Stacey Lynn’s captivating series comes full circle.

Becoming an ER doctor had been David McGregor’s mission ever since he could remember. But after tragedy strikes at his hospital in Chicago, David runs away from the guilt—all the way back to Latham Hills, Michigan, where he takes a job tending bar at his childhood friend’s restaurant. That’s how he meets Camden Reed, and the way Camden refuses to give him the time of day should be a turnoff. Instead, he’s drawn to her tough, tightly wound exterior, and soon David realizes that he has a new mission: to see her tightly wound beneath him.

Camden’s fighting tooth and nail to resist the desire she feels for David. Growing up dirt-poor, raised by a single mother, she worked twice as hard to get where she is today, and she doesn’t have any patience for the kind of guy who’d give up a decent paycheck to sling drinks. But when the sexual tension finally combusts between the sheets, Camden discovers that people aren’t always what they seem. As David pushes her past her limits, Camden begins to loosen up—and to trust that, when she falls, there will be someone waiting to catch her.
at March 14, 2017