Once Upon A Valentine Anthology (Release Blitz, Excerpt, & Blitz HOP) 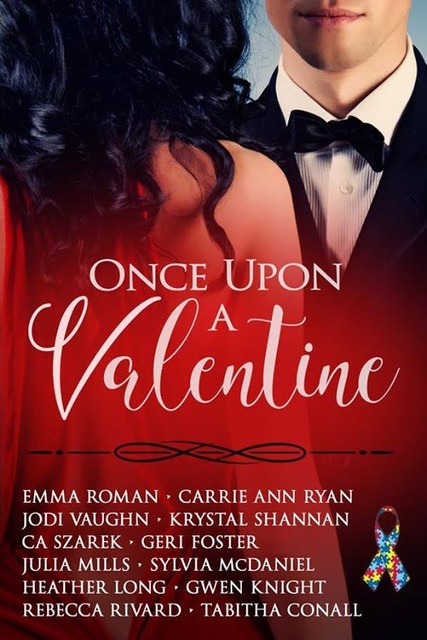 HIS MOONSTRUCK WOLF by Heather Long
When a matchmaker gets toasted at the after party, she finds the perfect wolf for her in the most unlikely of places. Of course, the last thing he wants is a mate, much less a matchmaking one. 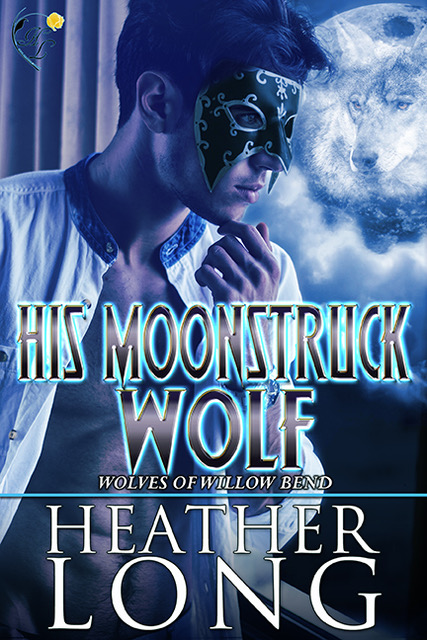 Hugo Ferrar is one busy Hound. Acting as a messenger for his alpha, he spends more time out of New Orleans than in it. Home in the Big Easy for only three days, Hugo has a strict schedule to adhere to—celebrate his brother’s mating, eat and drink his fill, and find a lovely wolf at the masquerade for a fling.

Lesley-Anne Saucier is drunk on life and one too many hurricanes. Her masquerade is just the kind of party Delta Crescent needs, especially since they are celebrating the mating of a popular couple—a match she helped to make. Avoiding her eager fans, Lesley-Anne is bowled over by a wolf in the garden—a stunning, male, perfect for her. The moon is full, the masquerade is in full swing, can the matchmaker find her own perfect mate?


His Moonstruck Wolf is available in the anthology Once Upon a Valentine on sale February 14th:
Amazon | Kobo | iTunes| B&N

Read an excerpt from HIS MOONSTRUCK WOLF:
“Running away already?” The husky masculine voice wrapped around her like a leash seeking purchase.
“Hardly.” She lifted her drink. “I came out to cool off and have a drink. You?”
“I came looking for you.” What a pity he delivered the hope-inspiring-line with such practiced ease. Even knowing he possessed all the right scent markers, declaring him her potential, the smoothness with which he declared he’d come in search of her suggested his goal was more a warm body for the night rather than a heart seeking shelter.
“I see. It doesn’t seem as though you have to look very hard.” She didn’t bother to disguise the challenge in her voice. She didn’t want an operator, and while wolves might be highly charged and very sexual creatures, it didn’t mean she had to accept whatever life had to offer. Mate potential didn’t mean mate acceptance.
“How do you know I haven’t searched the whole of the bayou for you?” Playful flirtation seemed to shimmer within every syllable.
“Because there’s not a speck of dirt on your very shiny shoes.” He was lucky she didn’t snort in his face.
He chuckled then tugged off his filigreed mask. Oh, she could have wished he hadn’t done that. Hugo Ferrar. Really? She wanted to take her wolf out back and shake it. Hugo Ferrar was a Hound, second only to Jerome, and exceptionally well known in the pack—both for his reputation as a fighter as well as a lover,
Though she and he had not crossed paths previously—she wasn’t an idiot. If Jerome was Serafina’s right hand, then Hugo was her left. If she needed it done, Hugo would make it happen. It didn’t matter what the job was, Hugo took them all. For several months, he’d been babysitting the Three Rivers pack. Rumor had it, Serafina tasked him with a new assignment—one which kept him on the move.
Lesley-Anne only knew about the latest because his brother had let it slip. Christopher Ferrara wasn’t supposed to be in the know, but Hugo was his beloved elder brother and he worshiped the ground the Hound walked on.
“Maybe I searched the house and the Quarter.” Though even he winced on the last.
This time Lesley-Anne and didn’t bother to disguise her snort. One hand on her hip, she simply shook her head. “You stepped outside to cool off. When you saw a lady alone,  you thought to yourself, ‘She doesn’t appear attached. I’m home for a bit, so I think I’ll get laid.’” She didn’t hide the disdain in her voice.
“Your teeth are very sharp, pretty one.” Hugo closed the distance between them. Instead of being deterred by the sharpness of her tone, he seemed rather intrigued. “To what do I owe the honor of your ire?”
“To what ire are you referring?” She took another drink, this time draining what was left of her hurricane. She’d need the alcohol to steel herself for this conversation. Her wolf wagged its tail, as desperate as a puppy for attention.
Really? For Hugo? Don’t you think we can do better?
She didn’t want a mate who was always gone, or a mate whose lothario-like reputation with the ladies served as grist for the pack’s rumor mill. In fact, all she really wanted this evening was to celebrate the end of a very fruitful engagement, which led to the mating of Christopher and Rachel, as well as to celebrate the survival of Delta Crescent into a new year. Was that too much ask?
“I get the distinct impression you’re very unhappy to see me.” Hugo set his drink down on the stone balustrade. With the nimble grace of their species, he leapt to sit next to it. A man in a top coats and tails shouldn’t look so comfortable atop a stone railing, yet he could have been lounging in a King Louis XVI chair.
“Not that I like to accuse anyone of paranoia, but worrying about whether or not I approve of you…particularly at our first meeting? That’s a little paranoid.” What Lesley-Anne desperately needed was another hurricane. Or perhaps to return to the party.

About Once Upon a Valentine: 100% of earned royalties go directly to the American Society of Autism to help fund programs that support families with children on the spectrum. Help us educate and make a difference one dollar at a time.

BRAND NEW BOOKS from some of your favorite paranormal and contemporary romance authors!

Accidentally In Love (Bad Boys, Billionaires & Bachelors)(Somewhere, TX) - Emma Roman --A client who won't listen and a matchmaker who won't give up.

Love, Honor, and Ink (A Montgomery Ink Novella)- Carrie Ann Ryan --A wedding planner and her neighbor. Falling in love with your best friend is never easy.

Secrets of a Silver Moon - Jodi Vaughn --Some Valentine secrets are too hot to handle.

Cupid Stupid - Sylvia McDaniel --When three women dance naked around Cupid’s fountain, there will be consequences.

His Moonstruck Wolf - Heather Long --When a matchmaker gets toasted at the after party, she finds the perfect wolf for her in the most unlikely of places. Of course, the last thing he wants is a mate, much less a matchmaking one.

Death by Chocolate - Gwen Knight --Love is death...but so is being single on Valentine's Day.

Valentine Kisses (A Fada Shapeshifters Novella) - Rebecca Rivard --Jenny's just looking to spice up her life when she says yes to a date with a sexy Latino shifter. But there's magic in a Valentine's kiss...

Heart of A Hero - Camryn Rhys --A Valentine's Accident, an ancient spell, and Paul Banfield will never be the same. 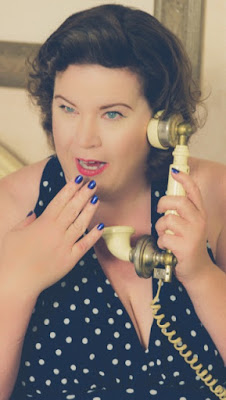 About Heather Long:
National bestselling author, Heather Long, likes long walks in the park, science fiction, superheroes, Marines, and men who aren’t douche bags. Her books are filled with heroes and heroines tangled in romance as hot as Texas summertime. From paranormal historical westerns to contemporary military romance, Heather might switch genres, but one thing is true in all of her stories—her characters drive the books. When she’s not wrangling her menagerie of animals, she devotes her time to family and friends she considers family. She believes if you like your heroes so real you could lick the grit off their chest, and your heroines so likable, you’re sure you’ve been friends with women just like them, you’ll enjoy her worlds as much as she does.
Connect with Heather: Website | Facebook | Twitter | Goodreads | Amazon