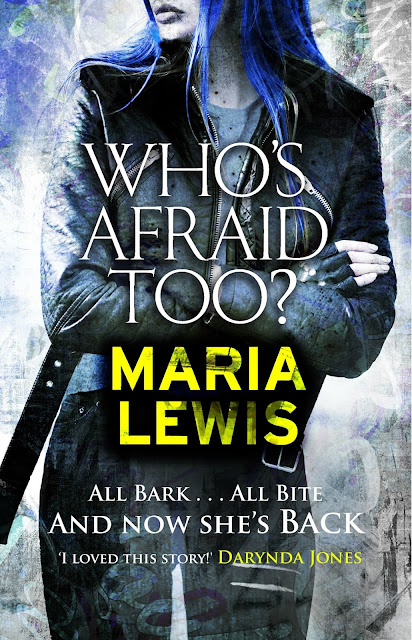 Tommi Grayson: all bark, all bite . . . and now she's BACK! She’s never exactly been a normal girl. Bright blue hair, a mysterious past and barely controlled rage issues have a way of making a woman stand out. She really wanted to find out about her father’s side of the family, but now, after the sh*t show that was her family reunion, Tommi needs to get gone. She's spent the last few weeks trying to understand her heritage - the one that comes with a side order of fur as well as her Maori history and how she can connect to it.

But she can only escape for so long - when an unspeakable evil, thought long destroyed, returns, Tommi needs every bit of the skills she's learned. With the help of allies both old and new (including the immortal and incredibly attractive Lorcan), she's going to take the fight to the enemy …

From Scotland to New Zealand and on to Berlin, Germany – wherever Tommi goes the fur is sure to fly.

Mixing elements of urban fantasy and paranormal romance with an adrenalin-infused shot of adventure, Who’s Afraid, Too will delight fans of Charlaine Harris, Patricia Briggs, Keri Arthur and Darynda Jones. 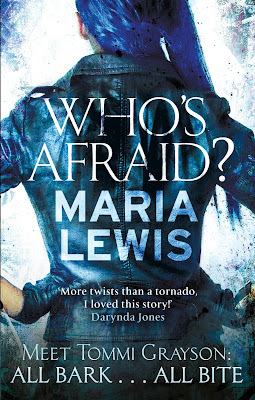 Maria Lewis has worked as a journalist for the past 10 years. She started her career as a police reporter but made the switch to film and entertainment reporting because it is much more, well, entertaining. A former reporter at The Daily Telegraph, she also written for the New York Post, Empire magazine, Huffington Post, The Sunday Mail, Junkee and BuzzFeed, to name but a few. She currently works for The Feed (SBS TV).