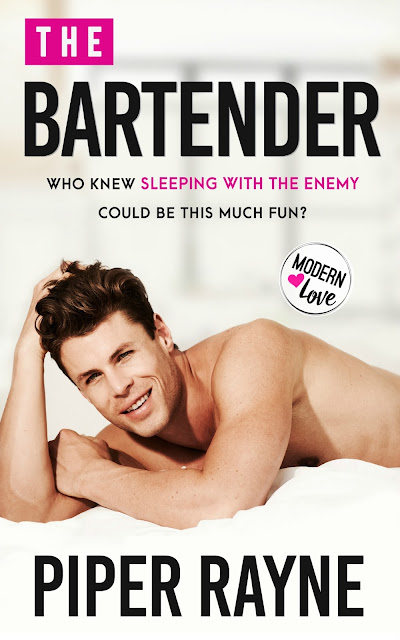 Who knew sleeping with the enemy could be this fun?

Was the one night stand a good idea?
Well, no. Probably not in retrospect.

In my defense I had just moved back into my grandparent’s house, I’d lost my dream job, and a guy on Tinder had stood me up. It was like life had suddenly stamped ‘LOSER’ on my forehead.

So when the guy behind the bar started giving me THE look…you know, the one that promised I’d be screaming his name into the wee hours of the morning? When that guy also has the perfect amount of scruff on his chiseled chin, biceps bulging out of his t-shirt, and a cocky grin you knew he’d earned in the sack…when he gives you that look, you don’t bother to figure out what your six degrees of separation are. You jump on that horse and ride it!

Pun fully and completely intended. And accurate by the way.

I fully admit to feeling sorry for myself and acting impulsively, but by the time I’d figured out WHO the bartender was, I was already falling for him. 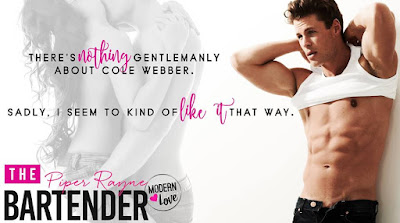 
An hour and a half later and hot stuff has come around the bar to take the seat beside me and join me on my mission to get shit-faced. I have to admit, I’m enjoying his company, but it doesn’t exactly make him Employee of the Year given the fact that he’s supposed to be working.

“Won’t your boss be mad that you’re drinking on the job?” I ask.

That damn dimple makes another appearance again before he answers. “Nah, he’s cool. It’s dead in here tonight. If anyone comes in, I’ll be sure they get what they need.” His gaze rakes up and down my small frame, and I get the distinct impression that he’s picturing me naked.

Jeez, I hope my nakedness looks amazing in his brain. Given the half-crooked smile on his face, I think it must. I wonder if his imagination is good enough to picture that dimple in my ass that doesn’t ever seem to want to disappear, regardless of how much I weigh.

As if he’s tempted fate with his words, the bell over the door dings and an older gentleman walks in and seats himself at one of the bar tables across the room.

“Be right back.” Cole pats my hand before he rises from his seat.

It was an innocent gesture, but it makes me think dirty things. The heat from his hand seeps up my arm like a bee sting and settles somewhere in my chest.

I watch him walk away and can’t help but notice the way his ass perfectly fills out his jeans. It bunches and flexes as his long strides take him across the bar. Maybe Lennon is right and it has been too long since I’ve been with a man.

It’s then that I realize that Tinder dude still hasn’t shown up. The bar isn’t busy, probably since it’s the middle of the week, and I’ve been chatting—okay, flirting—with Cole and hadn’t realized how much time had passed. I grab my phone from my purse and open the app to see that I have a new message. Pussylickr69: Not coming. Sorry found someone else who wasn’t so much werk. Fury causes my face to heat as I type out a quick reply that might be, and by that I mean most definitely is, alcohol-fueled. Whiteebanter: Yeah, I can see how thirty minutes of conversation is too much foreplay for you. Fuck you and your lack of knowledge of the English language. You spell work with an ‘o,’ dipshit. There. That’ll show him. With a frown, I drop my phone back into my purse.

“Everything okay?” Cole asks as he takes the seat beside me again.

I sigh. “Yeah, I just found out that Pussylicker isn’t coming anymore.”

Cole nearly spits out the sip of drink he’s just taken and has a coughing fit before he fully recovers. “Excuse me?”

“I was waiting for a guy from Tinder to show up, but he just ditched me because apparently it was too much work to have a drink with me before taking me back to his place to bang me.” I spin my glass in place on the bar top.

“You’re trolling for guys on Tinder?” Cole howls with laughter so hard he has to hold his stomach. I love the way the laugh looks on his face—the way it crinkles his eyes at the corners and how it showcases his perfect teeth. But all that aside, it’s irritating.

“It’s not that funny.” This guy might be hot, but right now he’s working my nerves.

“Actually, it is. Why the hell would a woman like you resort to finding someone to fuck on a dating site?”

The way the word ‘fuck’ rolls off his tongue has all my womanly parts contracting and wishing that it was an invitation to do just that. But never mind that, because I’m annoyed at him, I just barely remember through my drunken haze.

“What do you mean a woman like me?” I try to do air quotes around the last part, but my balance isn’t what it was three hours ago, and I almost topple off my stool, so I quickly grab on to the bar in front of me.

“Beautiful. Intelligent. Likable. Smartass.” He ticks each word off on one hand while he speaks and he says it like he means it. I hold his stare for a minute before realization dawns.

“Hey! I’m a B.I.L.F. You know, like a M.I.L.F. Only different.” I’m so impressed that I thought of that given my current state.

Cole chuckles with an amused gleam in his eyes. “Only better,” he says.

Our gazes lock for a beat and it’s at that moment I know that if I offer myself up to this guy, he’ll be more than willing to send me on the walk of shame tomorrow morning. Heat rushes into my cheeks and I look away. As much bravado as I had earlier about my Tinder escapade, I’m not sure I can do this. Be this girl so full of confidence that she bangs a stranger with no qualms about it.

My elation has crash-landed on the ground as I realize I’m not able to pull the trigger and make an advance toward him. I also know I’ll probably regret it forever because this man is so far beyond good-looking that it’s a speck in the rear-view mirror. Not to mention the fact that he’s sexy as hell and seems to be a decent human being. Which is more impossible to find in the Bay area than someone who doesn’t think they’re allergic to gluten.

I take a deep breath and finish the last couple of gulps of my drink and push the glass in Cole’s direction.

Cole tosses back the rest of his drink and I watch as his Adam’s apple bobs in his throat while the liquid slides down.

Damn. That is sexy.

Why is that sexy?

“I’m going to join you for another as well.” He gets up off his bar stool and before walking away he comes to stand directly behind me. “Assuming you want me to stick around?”

His breath washes across my neck and my ear and I close my eyes for a brief moment to enjoy the sensation. “I’d like that,” I say with all honesty.

“Good. I know the first guy let you down, but don’t worry… I’ve been told I lick pussy like a boss.”

And with that, he walks away while I struggle to keep my heart from pounding out of my chest.

I’m out of my league with this guy. I know it and there’s a good chance that he knows it, too.

But ask yourself this, ladies… if you were called up to the big leagues from the minors, would you say no? 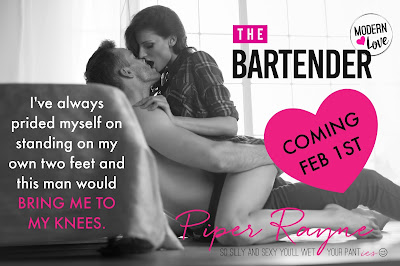 
Piper Rayne, or Piper and Rayne, whichever you prefer because we’re not one author, we’re two. Yep, you get two established authors for the price of one. You might be wondering if you know us? Maybe you’ll read our books and figure it out. Maybe you won’t. Does it really matter?

We aren’t trying to stamp ourselves with a top-secret label. We wanted to write without apology. We wanted to not be pigeon holed into a specific outline. We wanted to give readers a story without them assuming how the story will flow. Everyone has their favorite authors, right? And when you pick up their books, you expect something from them. Whether it’s an alpha male, heavy angst, a happily ever after, there’s something you are absolutely certain the book will contain. Heck, we’re readers, too, we get it.

What can we tell you about ourselves? We both have kindle’s full of one-clickable books. We're both married to husbands who drive us to drink. We're both chauffeurs to our kids. Most of all, we love hot heroes and quirky heroines that make us laugh, and we hope you do, too. 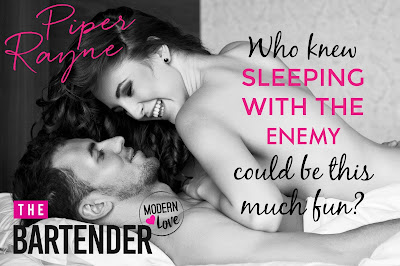