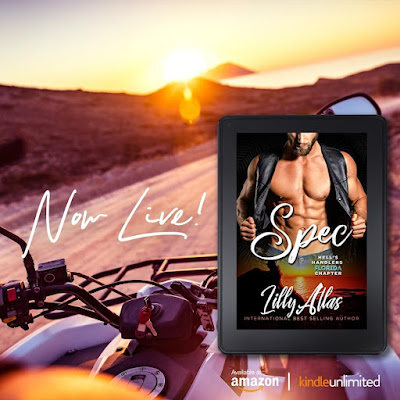 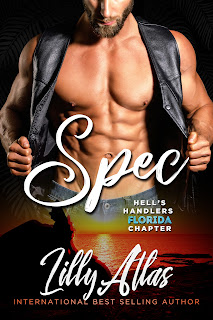 Scott survived hell serving his country. After more than two decades of service, the man honorably discharged from the army isn’t the same man who went in. Instead, he’s angry, violent, guilt-ridden, and in agony. The only thing keeping him going is the brotherhood he’s found in the Hell’s Handlers MC. Until she shows up, ruining his safe space.
Olivia finds herself in Florida, seeking out the man her brother called his best friend after her fiancé proves to be a monster in disguise. But Scott isn’t what she expected. His immediate hatred and hostile attitude send her reeling. Thankfully, the rest of his club is more receptive to her presence. But how can she stick around knowing the man she came to meet can’t stand her? Before long, Olivia realizes deep anguish drives Scott’s bitterness and sour outlook on life. His pain calls to her, causing a need to soothe the beast.
As Scott discovers the woman invading his universe isn’t who he’d judged her to be, he’s drawn to her with a power he can’t resist. But Olivia’s trip to Florida is fueled by a dark secret that might destroy their fragile connection before he can fully understand it.

★★★★★ Review (Words Turn Me On) - “A love that was hard to break down the barriers, emotional, it will make you cry, laugh, fear for their emotional and physical safety, and see the amazing chemistry start to melt the edges of their frozen hearts.” 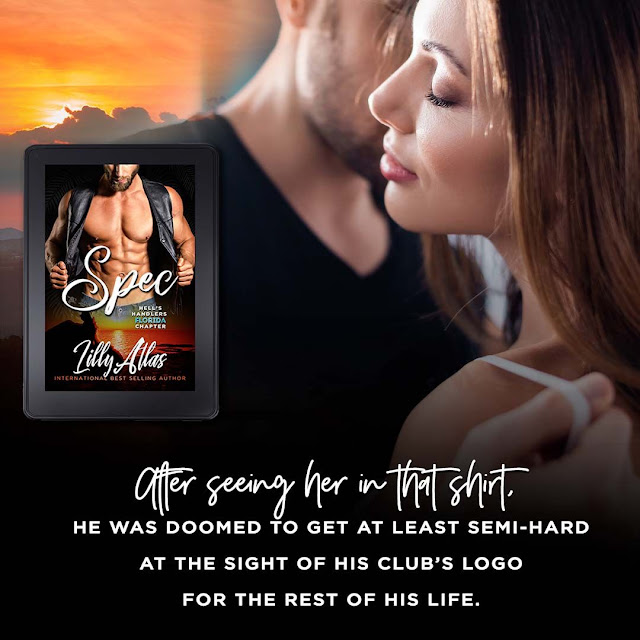 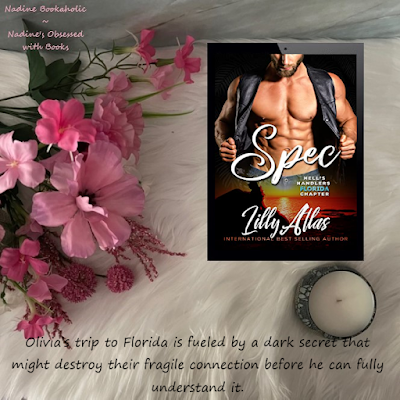 I have to begin by saying I have been looking forward to Scott's story from the first time we met him in the original chapter of the Hell's Handler MC's books, there was always something about Spec that made me want to know more about his story. And let me tell you there are multiple layers to this man.
Lilly Atlas did a fabulous job with letting us get to know Spec before his time with the MC, while he was in the military, a time no one knows about. I have to say it wasn't easy to read especially knowing that things like this can and do happen to those that serve. But it did give readers the insight we need to understand not only why he's as tightly strung as he is but also about his feelings towards Olivia when she comes looking for him.
Olivia has it all, the looks, the wealth, the handsome finance, but there is something that happens that has her running for her life and leaving everything behind, I will say this is a trigger warning moment and while I don't see any of the books synopsis mentioning it if you want to know more reach out to me and I will let you know what happens. She runs right to Spec just like her brother told her to if she ever needed help.
Ms. Atlas takes readers on an emotional rollercoaster ride and it's one that I found I didn't want to get off of. The emotions that played through this story will have you grabbing for tissues, wanting to throw your kindle across the room, grabbing an ICE COLD drink of water, and pure excitement when the bad guy finally gets what's coming for him. When Spec moves past his hatred for Olivia and gives into the attraction we are gifted with some very steamy scenes.
I would recommend this book to those that enjoy Steamy Romantic Suspense, MC Romances, Best Friends Sibling Romances, or Bad Boy Good Girl Romances.
Happy Reading!!!
﻿**I have voluntarily reviewed an Advanced Readers Copy of this book for my Blog, Nadine's Obsessed with Books** 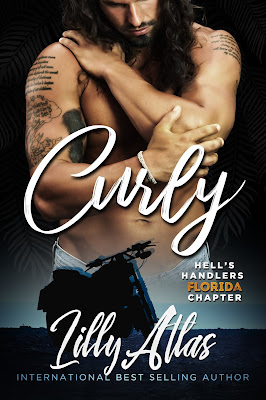 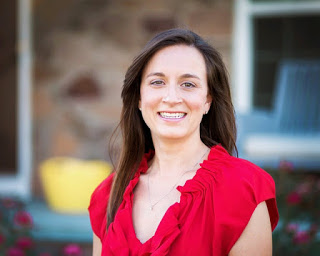