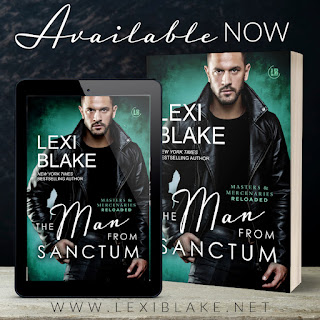 A painful past
An unexpected reunion
A dangerous future

The Man From Sanctum, an all-new must read standalone romance in the suspenseful Masters and Mercenaries: Reloaded Series from New York Times bestselling author Lexi Blake is available now!

Deke Murphy and Maddie Hall should never have worked as a couple in high school. She was the class valedictorian and he the jock who took nothing seriously…except her. Together they formed an amazing team, and young love blossomed into something that strengthened them both. Until tragedy struck and Deke made a sacrifice that split them up forever.

Seventeen years later, Maddie is living her dream working for a brilliant tech guru in the beauty of Southern California. She’s made a life for herself and it’s first class all the way. She rarely thinks of the jock who dumped her all those years ago. But when Maddie realizes her boss might be part of an international conspiracy, she can’t deny Deke might be her best bet to solve the mystery. Her one-time sweetheart works for one of the world’s premiere security and investigative firms. She’ll hire him and prove to herself their relationship could never have worked.

As Maddie and Deke begin to uncover her boss’s secrets, they can’t deny the chemistry that has reignited. But before they can explore the connection growing between them, they must survive the deadly forces hunting them down.

Add The Man From Sanctum to Goodreads: https://bit.ly/3FqNcLV 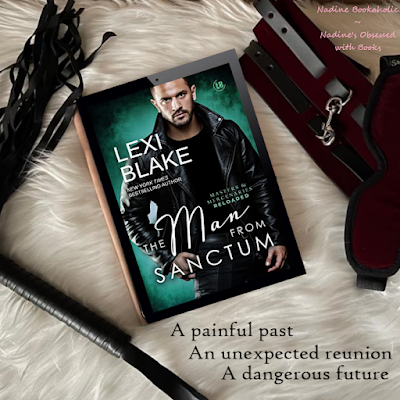 What a great addition to the series!

Deke Murphy and Maddie Hall have some very undeniable chemistry even after being apart for so many years so when Maddie comes to Deke for help he knows he will do everything in his power not only to help her but also to make her his again.

This book has a lot of twists and turns so pay attention and see if you can follow the clues because you may figure things out before the big reveal like I did but that didn't lessen the reveal at all because Ms. Blake does those in a big way, which I always enjoy. 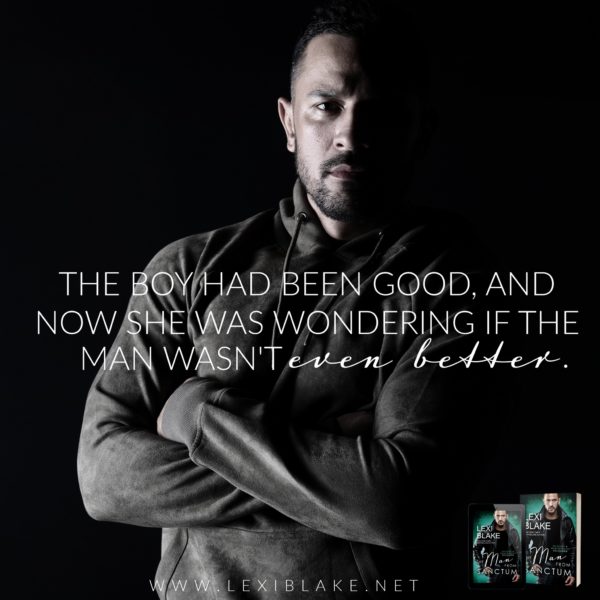