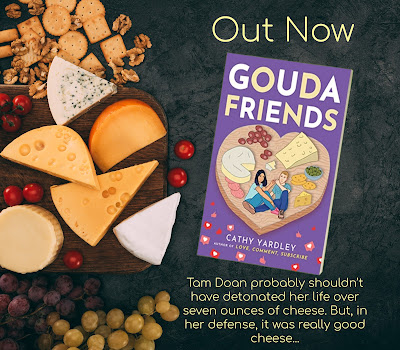 GOUDA FRIENDS by Cathy Yardley is out now! Check out the gorgeous friends-to-lovers romcom and grab your copy today! 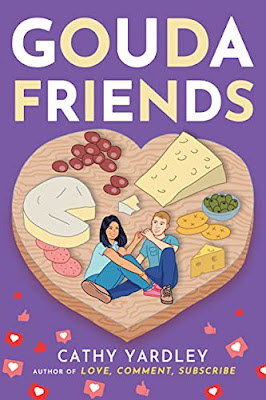 
Two high school BFFs reunite and endeavor to fix each other’s lives in this geeky romance from the author of Love, Comment, Subscribe.

Tam Doan dumped her boyfriend after he threw away her gourmet cheese. Sure, it’s a little more complicated than that, but the point is, he had it coming. Newly single and unemployed, Tam calls up her best friend from high school and utters the emergency code word—goldfish. Next thing she knows, she’s on a plane back home.

Josh O’Malley was a troubled, unconfident teenager. Now he’s the successful owner of a multimillion-dollar ghost kitchen. Tam, his high school BFF and fellow member of the Nerd Herd friend group, was instrumental in building his self-esteem. When she calls him out of the blue, he jumps at the chance to return the favor.

Josh and Tam immediately get to work fixing her life—but again, it’s complicated. Their close friendship was always a lifeline between them; a blooming romance might confuse things. Still, at least one thing is for certain: their chemistry is un-brie-lievable. 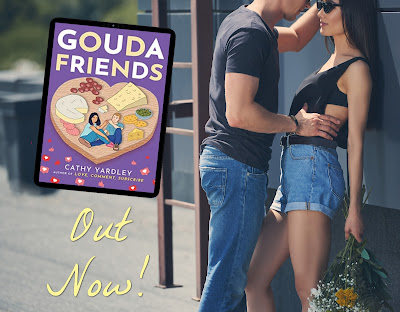 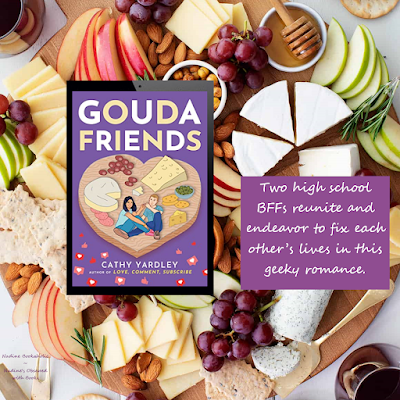 Imagine having the absolute worst day at work then come home to find your boyfriend of six years in bed with someone else, that's pretty bad right. Well, it only got worse for Tam when this cheese lover finds that her now ex-boyfriend threw away her emergency gourmet cheese. Now what's a girl to do? Call her BFF of course.
Josh and Tam have been friends forever but over the last five years they have lost touch but that doesn't mean anything when she calls him and gives her their secret code letting him know that she really needs his help. I LOVED this part because we all know that our besties are there for us but sometimes life gets in the way this code word lets them know it was an emergency and help was needed right now.
This book reads very different from the first book in the series, we do have all the same players..."The Nerd Herd" and of course this focuses on a different couple, but this story was more heavier tone then the other. We have so many Cheese jokes and puns to lighten things up but we learn that Josh had a troubled childhood and Tam's ex was emotionally abusive. Some may not see it that way but I certainly do, any person that talks down to you and tells you that you need to cut things out of your diet because you need to loose weight when you're not heavy is emotionally abusing you. He also separated her from her friends and was manipulative....consider these your trigger and content warnings in addition to the cheating.
Josh is determined to help Tam figure out the next steps in her life but he wouldn't mind if they finally figured out what could happen if they gave them a shot.
I am really enjoying getting to know each member of the Nerd Herd and I cannot wait for the next book.
If you're a fan of Steamy New Adult Romances, Friends to Lovers Romances, or Childhood Friends to Lovers Romances I would recommend this book to you.
Happy Reading!!!
**I have voluntarily reviewed an Advanced Readers Copy of this book for my Blog, Nadine's Obsessed with Books**

Connect with the Author: