“Nothing is enough to the man for whom enough is too little.” ~ Epicurus 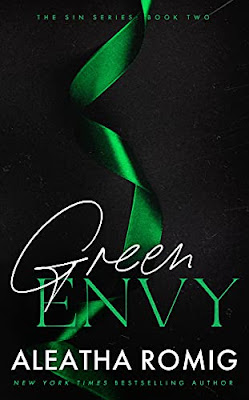 At what age did I begin to question everything?

As far back as I, Donavan Sherman, can recall, I saw the world not through the rose-colored glasses of others—those spectacles worn by the individuals who see what surrounds them and are satisfied—but through vision hued by green.

Life took me along a bumpy path, or better yet, the path I chose led me to encounter obstacles that prepared me to overcome. That journey didn’t sugarcoat the world; it opened my eyes to the true qualities of green—greed, illness, and envy. After all, even Disney surrounds their villains in green smoke. That green hue created the realization that there is always more, always better, and never enough.

I saw, I coveted, I took, and I conquered.

Even with Julia by my side, my quest for more isn’t satisfied. There are people I want to see suffer, but it seems that revenge isn’t a one-way street.

Will Julia pay the price for my sins?

*GREEN ENVY is a full-length novel and book two of the Sin Series that began with RED SIN and will continue with GOLD LUST. 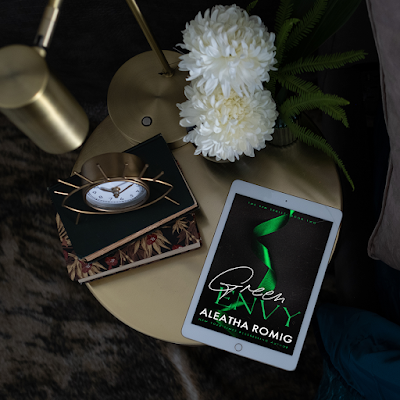 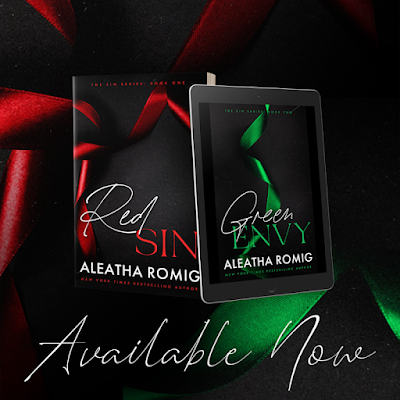 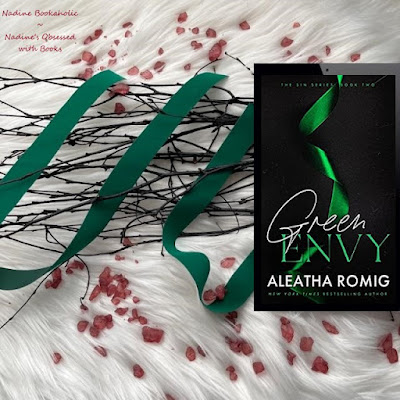 There aren't enough words for me to express how much I am loving Julia and Van's story. Aleatha Romig is my go to author for anything suspenseful and darkish, in Green Envy we are getting a taste of both.
Julia and Van find themselves with more questions than answers about her family's company, Wade Pharmaceuticals, and just when they think they are getting all the info they need someone from Van's past shows up. I have to say there is a HUGE twist in this story and I picked up on it earlier in the book but I still wasn't prepare for things to play out the way they had. That's why I LOVE Aleatha's books!
This series needs to be read in the order it is released so that you will follow the story, but be prepared for the cliffhangers because they're a going to shock you. If you love Romantic Suspense reads you're going to want to add not only this book but the series to your TBR list.
Happy Reading!!!
**I have voluntarily reviewed an Advanced Readers Copy of this book for my Blog, Nadine's Obsessed with Books**