You don't want to miss this hot and sexy romantic suspense! 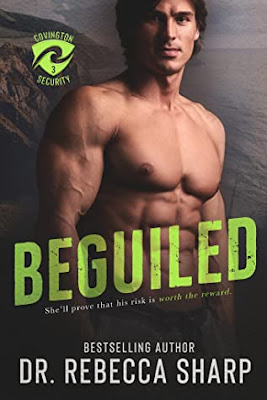 Dex Covington knows one calculated risk can ruin everything.

His brilliance behind the screen earned him the highest security clearance in the military—but not without lasting consequences. Now, he takes comfort in logic and numbers—solving Covington Security’s cyber crimes with the hopes it will ease the weight of his past.

Until a new case strolls through his door with her long legs, spunky personality, and the flirty smile that’s been aimed at him for months.

Laura ‘Jo’ Benson is ready to take on her new life after a rocky past—or she was until some jerk stole her identity. The bright side? Her sassy humor was left untouched. Oh, and the man who’s going to help her is the kind of nerdy-hot that makes her knees weak.

Finding the thief is one thing. But when the threats start and Jo’s installed as Dex’s houseguest, the real battle begins. He can’t afford to be beguiled by her charms—the consequences are too risky.

But Jo’s determined. To crack the case—and Dex’s shell of solitude—she’ll prove that his risk is worth the reward. 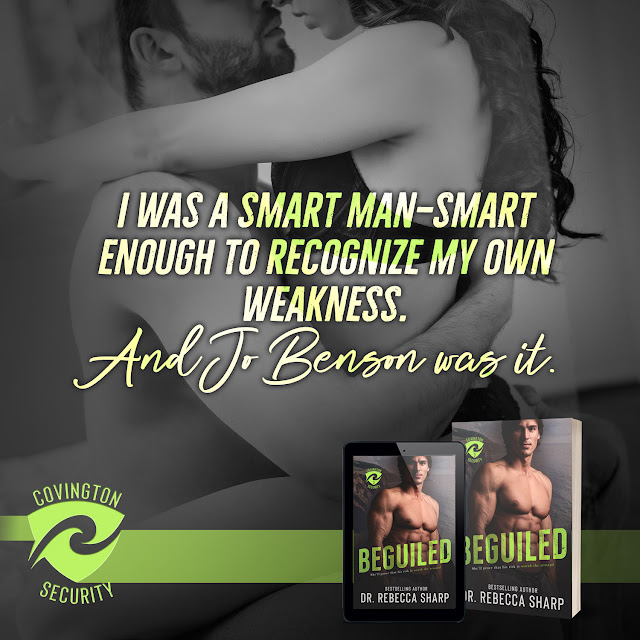 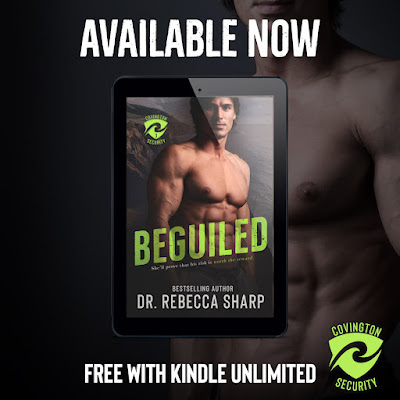 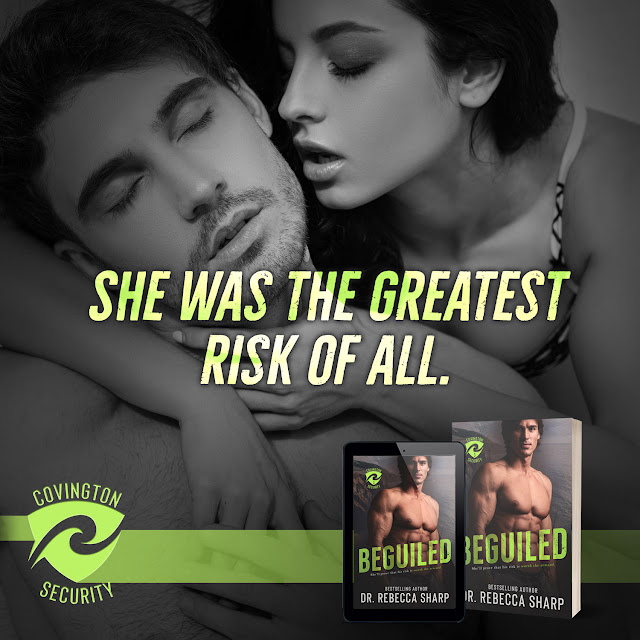 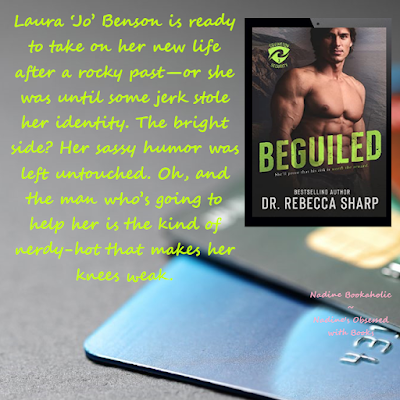 I have been dying to get my hands on Jo and Dex's story since I first noticed the attraction between them in the CARMEL COVE SERIES, so yes it's been a while and thankfully Dr. Rebecca Sharp didn't make us wait any longer. This story has all the feels!
Dex Covington has been ignoring his attraction to former child star Laura "Jo" Benson for a while now, as long as he isn't in the same room with her he can almost pull it off. But now that Jo finds herself in need of his help it's just a matter of time before his self control flies out the window.
This was an edge of your seat read that will have you reaching for a glass of ice water for all the right reasons. I would recommend this book to anyone that enjoys Steamy Romantic Suspense and Small Town Romances.
Happy Reading!!!
**I have voluntarily reviewed an Advanced Readers Copy of this book for my Blog, Nadine's Obsessed with Books**
at October 12, 2021