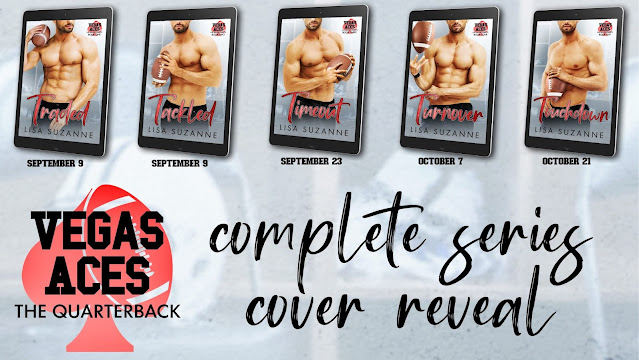 Get ready for another season with the Vegas Aces featuring Jack Dalton in a new series coming this fall! 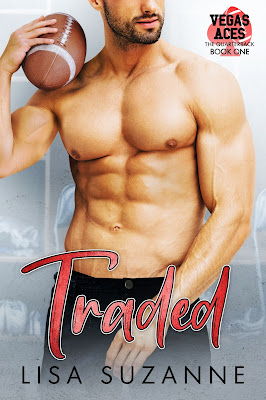 The first time I met pro football’s hottest quarterback, we ended up horizontal just before the most embarrassing moment of my life.
The second time, I unleashed all my pent-up anger on him.
The third time was when the owner of the Vegas Aces introduced him as the newly traded player I’d be coaching for the next year. No…I’m not a football coach. I’ve been hired as his full-time behavior coach.
Now I have to live with my one-night stand, his fiancée, and their newborn while I attempt to help him make better decisions. On my first day, I’m already having moral dilemmas as I watch him chug orange Gatorade in the kitchen wearing nothing more than a towel. If I truly guide him to better choices, I might just find myself out of a job.
And this is one job I can’t afford to lose.
TRADED is the first book in the VEGAS ACES: THE QUARTERBACK series. This series must be read in order.
Pre-Order Your Copy Here!
Add to your Goodreads TBR List!
Tackled releases September 9 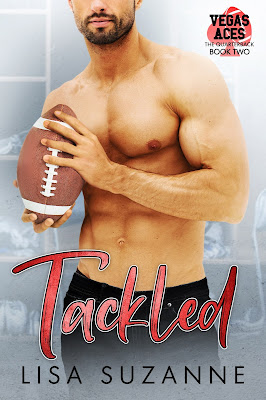 When compromising pictures of me with the pro football quarterback I’m behavior coaching hit the press, we need damage control. I’m probably going to lose my job since his fiancée’s father—the man who hired me—discovered the pictures as I woke to a cloudy memory of the night before.
My questions surrounding Jack’s relationship with his future bride grow more pressing by the day…especially when his eyes tackle me with all that heat. As he saves my job and I continue to coach him toward better decisions, I find myself falling for him. Maybe my purpose here is to open
his eyes to all his options.
But if he leaves his new boss’s daughter, the consequences could mean the end of both our careers.
TACKLED is the second book in the VEGAS ACES: THE QUARTERBACK series. This series must be read in order.
Pre-Order Your Copy Here!
Add to your Goodreads TBR List! 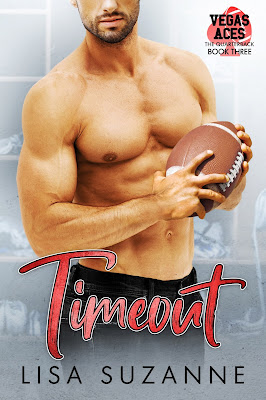 As Jack’s wedding draws nearer, the cloud over him seems to darken as he goes through the motions. Instead of enjoying the bachelor party and rehearsal dinner, he needs a timeout from the woman he’s set to marry.
If he really walks down the aisle toward her, I can’t keep working with him. Not when I’m in love with him. My boss didn’t hire me to help this pro football quarterback make better decisions. He hired me to make sure Jack marries his daughter.
And as the day of the wedding dawns, my one job responsibility is one of the most morally conflicting things I’ve ever had to do.
TIMEOUT is the third book in the VEGAS ACES: THE QUARTERBACK series. This series must be read in order.
Pre-Order Your Copy Here!
Add to your Goodreads TBR List! 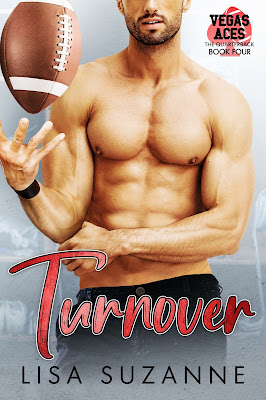 I’m in love with a man who is marrying somebody else. At least that’s what was supposed to happen when I was kicked out of the wedding last night by the bride’s father.
I find myself without a job, without a home, and without the pro football quarterback I’ve fallen for. The only thing left to do is head back to my parents’ place in Kansas as I give up every dream I’ve dared to have since I left it.
I’m just not sure I’m ready for the turnover.
TURNOVER is the fourth book in the VEGAS ACES: THE QUARTERBACK series. This series must be read in order.
Pre-Order Your Copy Here!
Add to your Goodreads List! 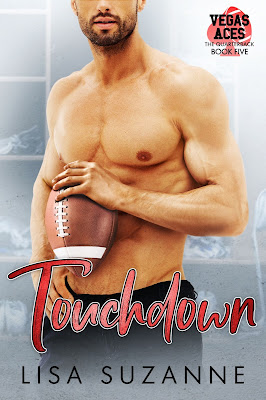 As much as I’ve coached the pro football quarterback to believe he always has a choice, this time I’m the one backed into a corner.
My biggest fears have come true. I’m an adult living with my parents as I contemplate my future. I’ve given up everything to make the ultimate sacrifice, but at some point I need to put what happened behind me.
It’s time to imagine new dreams, create new goals, and cheer for touchdowns that aren’t scored by Jack Dalton.
Maybe then I can pick up the pieces I left behind.
TOUCHDOWN is the fifth book in the VEGAS ACES: THE QUARTERBACK series. This series must be read in order.
Pre-Order Your Copy Here!
Add to your Goodreads List! 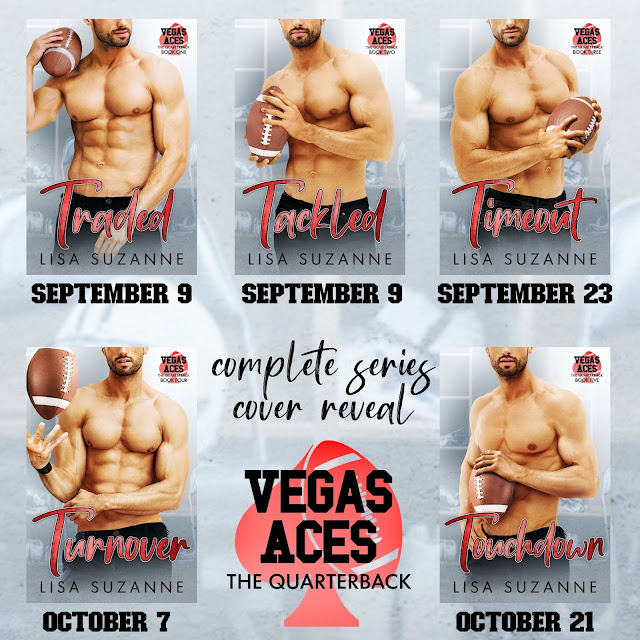 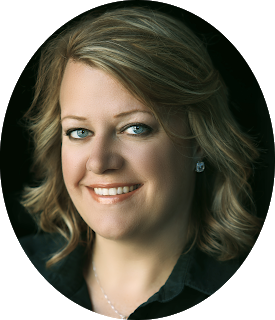 Lisa Suzanne is a romance author who resides in Arizona with her husband and two kids.
She’s a former high school English teacher and college composition instructor.
When she's not chasing her kids, she can be found working on her latest book or watching reruns of Friends.
Connect with Lisa Suzanne
Website | Newsletter | Facebook | Reader Group | Instagram    Twitter | Amazon Author Page | BookBub | Goodreads
Hosted By: