I’ve been checked hard into the boards, right off my skates, and I’m not only spinning out of control…
I might just be falling in love all over again.

Hard Checked, an all-new beautifully written, second-chance-at-love sports romance that will bring all the heat and feels from Stacey Lynn is available now! 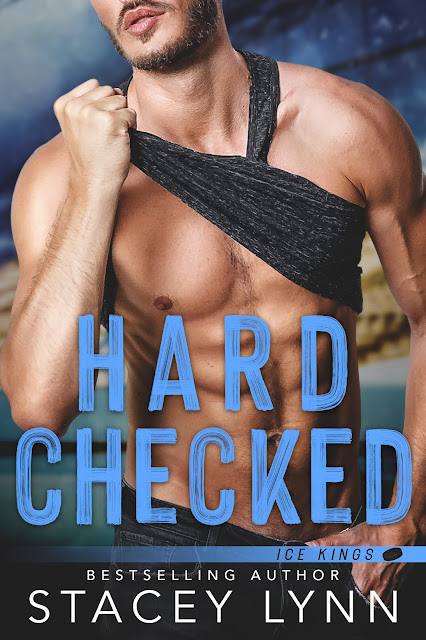 Getting served divorce papers was not how I planned spending New Years Day.

I probably shouldn’t have gone to my favorite bar and gotten wasted trying to drown my sorrows.
I definitely shouldn’t have spent the night passed out in the bed of the bartender’s daughter, Gigi.

And the absolute last thing I should have done was let my guard down and start having fun. Now I’m thinking of her all the time… fantasizing about the things I want to do to Gigi.

I’m in the middle of the best hockey season of my life. I need my head in the game and my focus on the playoffs – not playing house with the gorgeous bartender who makes me feel more alive than I have in years.

Finding someone new so soon after a failed marriage isn’t the smartest thing I’ve ever done.

But it just might be too late. I’ve been checked hard into the boards, right off my skates, and I’m not only spinning out of control…

I might just be falling in love all over again. 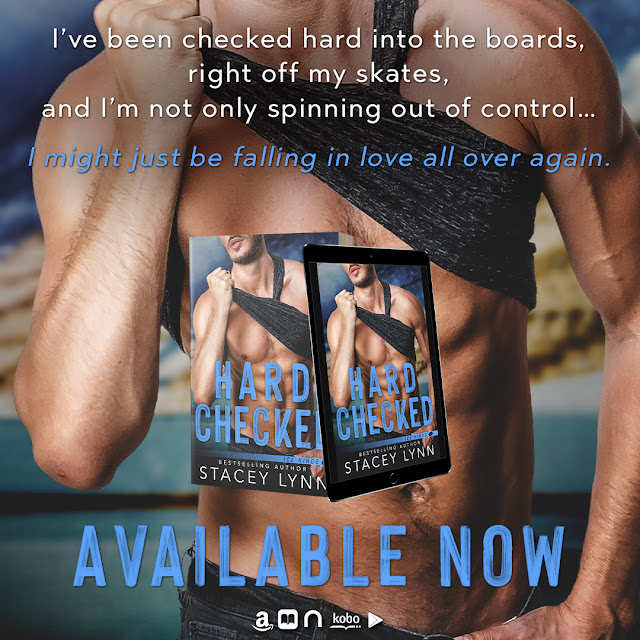 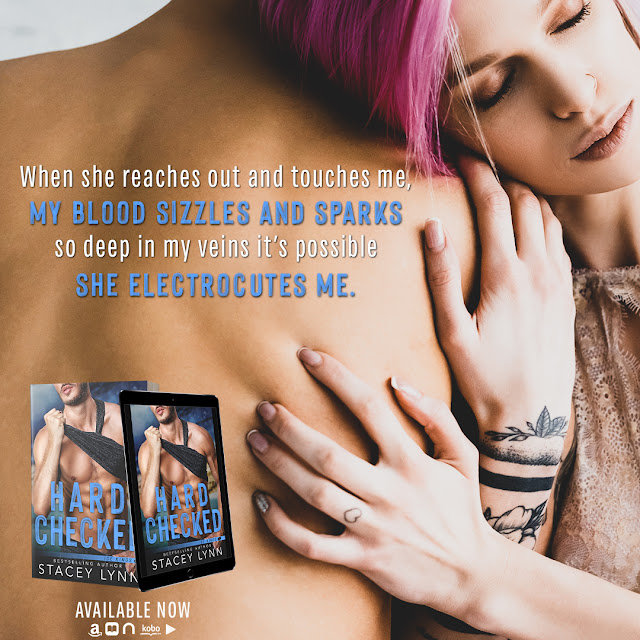 Another set of drinks arrive at our table, served by a pair of small hands, with a tiny little broken heart tattoo on a ring finger and dark purple nail polish.
“Thanks, Gigi,” I say, lifting my head and grinning at her.
She smirks at me. “No problem, hotshot. Dad wanted me to give you these but says it’s last call.”
“Damn,” Jason groans. “I didn’t realize it was so late.”
“You can take off. I’m good.”
“You sure?”
“Yeah.”
He turns to Gigi who’s taken our empties and is starting to walk away.
I try. I try really hard to not let my gaze drop to her short, cut-off sweat shorts, to the length of her legs beneath them. The shape of her calves or to notice the dark red polish on her toenails.
I fail.
Miserably.
There’s something so damn attractive about her petite size.
I grip my new beer bottle harder and take a healthy swig.
“Hey Gigi,” Jason calls out. “Keep this loser company for me so he doesn’t get shit-faced before practice tomorrow?”
“Me?” She’s turned, gaze bouncing from me to Jason and she frowns. “You need my help?”
“No—”
“Yes—” Jason says at the exact time I disagree.
She smirks at Jason. “Seems to me he doesn’t need it.”
“Sometimes this asshole doesn’t know what he needs.” He slaps the table and slides out, holding out his arm in a gesture for Gigi to take his spot.
“Jason—”
He shrugs and holds out his fist. “I’ll pay the tab. You get home safely, yeah?”
“Yeah,” I grumble and return his fist pump.
“And you’ll thank me for this someday, too.”
I watch him go, frowning.
What the fuck does that mean?
“I can pretend to sit here until he leaves if you want to be alone.”
Her voice does something to me. Like a bug is happily leaping in my gut when she looks down at me, all that teal hair and new nose ring and tattoo peeking out from the wide collar of her sweatshirt.
It’s the collar I’m noticing. And the tattoo.
Not the thin, white strap of her bra.
Shit.
“You can sit. Please. You want Jason’s last beer?”
“Nah.” Her nose crinkles and the soft light above the bar flints on her nose ring. I quickly look away as she slides in. “I’ve never acquired the taste for beer. No matter what kind it is, it always tastes like wet cardboard.”
“You know what cardboard tastes like?”
“Yeah. Like beer.” She grins.
I grin back.
This girl is funny. Well-traveled.
Divorced. Cute. And fun.
The exact kind of temptation I do not need in my life right now. Yet as I sit across from her, taking in every little nuance about her like the freckle on the back of her hand, that broken heart tattoo… I can’t for the life of me think of an excuse to leave.

Sebastian and Madison’s marriage has been falling apart for a while, unfortunately he didn’t see it that way. But you know what they say, “When one door closes another one opens” and lucky for him Gigi is the person in other side of the door because she is perfect for him!
Sebastian has a kind heart and loved his wife with everything he had for most of his life. When you find out the struggles they were having the past few years you start to understand why she was becoming the person everyone was claiming she was. The issue was no one on the team knew the problems they were having so I have to say they were casting unfair judgement, but lets be honest that's what most people do because no one knows everyone's entire story.
Anyway fast forward to when Sebastian is delivered divorce papers, to say he was blindsided would be an understatement and my heart broke for him because he truly is a nice guy. and wanted to give his wife everything she desired. Who ever says nice guys finish last ..... well you're wrong because this opened up chance for Gigi who has been crushing on him for about a year.
Gigi is a fun spirit, she has a good head on her shoulders and a huge heart. She had been traveling around the world when she found out her dad was not feeling well, she jumped on a plane and has been home helping him run his bar, where the Ice Kings hang out, ever since even though he is doing just fine.
The chemistry between Gigi and Sebastian is great but what I truly liked was that they formed a friendship before they decided to take things further.
If you enjoy Sports Romances you have to read this book, heck the entire series is worth grabbing. You will fall in love with each of the Ice Kings but I have to say that Sebastian is the one that holds my heart.
Happy Reading!!! 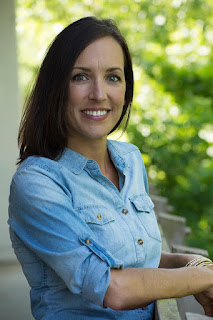 Stacey Lynn likes her coffee with a dash of sugar, her heroes with a side of bossy, and her wine a deep shade of red.

The author of over thirty romance novels, many of which have been best-selling titles on Amazon, AppleBooks, and Barnes & Noble, she loves being able to turn her vivid imagination into a career that brings entertainment and joy to her readers. Focused on sports romance and emotional, small-town romance, she also loves stretching herself in different genres.

Born in Texas and raised in the Midwest, she now makes her home in North Carolina and loves all things Southern. Together with her ultimate tall, dark, and handsome hero, she has four children. Her life is a chaotic mess that fights with her Type-A, list-making, neurotically organized preferences and she wouldn’t have it any other way.