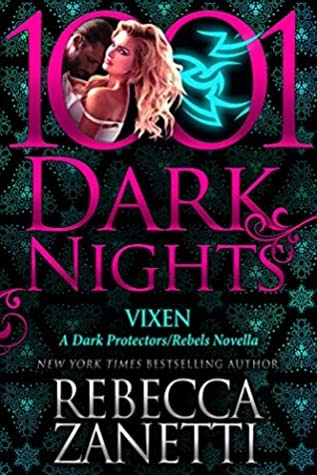 Tabi Rusko has a simple to-do list: Rob a bank, steal a recording, set up a lucrative factory, and survive the assassins on her tail. Sure, she’s a demoness with the cunning and instincts that come with her species, but she’s always spent more time exploring than training, and her fighting skills are okay at best. One sexy man, a human cop no less, is responsible for her being stuck in a small hick town and forced into a human anger-management group that’s crazier than her. To make matters worse, his dangerous blue eyes and hard body leave her breathless and ready to rumble, and his overbearing attitude is a challenge a demoness can’t refuse.

Evan O’Connell just wants to enjoy his time out of the military by policing a small town and hopefully pulling cats from trees and helping old ladies cross the street before he succumbs to the disease plaguing him. The last thing he needs is a stunning, too sexy, pain in the butt blonde casing his bank and causing a ruckus everywhere she goes. There’s something different about her that he can’t figure out, and when she offers him immortality in exchange for her freedom, he discovers that isn’t enough. One touch of her, a whirlwind beyond his imagination, and he wants the Vixen to be his forever, as soon as he takes care of the centuries old killers on her tail. 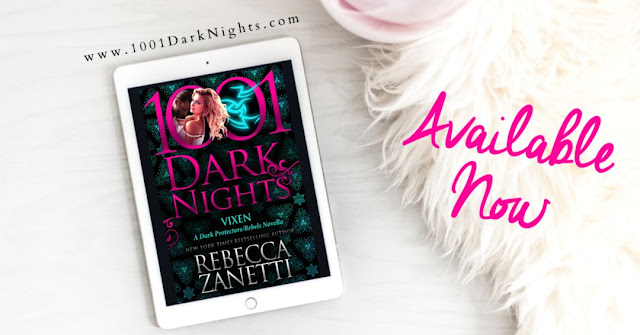 “If you need an alibi taking that twerp out, just let me know,” Tabi whispered to Raine as she strode out of the abandoned schoolhouse after the useless anger management class. Johnny Baker was a waste of space, as far as she was concerned.

“Thanks,” Raine said, not smiling, the darkness surrounding him. The early spring breeze rustled through the night, chilly and unwelcoming. At least it wasn’t raining.

She nodded and moved down the crumbling cement sidewalk toward her car as Raine turned and jogged across the street to his silver truck. Stopping at her car, she paused, not surprised to see the detective heading her way through the night. “You really have a hard-on for me, don’t you?” she murmured.

“Yes.” Both of his eyebrows rose. “You sure have a way with words.”

She unlocked her vehicle, her body flaring to life at his honest response. “I was raised by a woman who called it like she saw it.” Sometimes the pain at losing Janet still took Tabi by surprise. Why did humans have to die? “Unless you’re going to give up my video, I suggest you head to work like your boss ordered you to do.”

Evan opened her door, his sexy scent of smoked honey wafting around. “I’ll give you the recording.”

She jolted and turned to face him directly. “What did you say?”

His blue eyes seemed darker than usual, deep with what looked like pain. “I’ll give you the recording. Come down to the station tomorrow morning for one more interview, and then I’ll take you to the bank myself.”

It was as if he knew she was going to blow town the second she got her hands on the video, even though her business was here. She bit her lip. If she got the footage, she could meet Abby at the factory and give her instructions before running. Man, she hated to run.

Evan smiled. “You’re sure thinking hard. Why don’t you tell me what’s really going on? I can protect you.”

Warmth flushed her. The man truly believed that. The only way he could come close would be if she—no. No way. She shouldn’t even think of that. Was it even possible? Did she want a mate?

“Tabitha? What’s barreling through your head?” As if unable to help himself, he reached out and smoothed a lock of hair away from her face.

Shocking electricity zapped beneath her skin.

His brows drew down. “Did you feel that?”

She nodded. “Why are you now willing to give me the recording?”

He sighed and looked across the vacant street. “I don’t like that the sheriff’s kid is in the anger-management group with you, considering you definitely injured his pride along with his body. Chances are, he’ll come after you. Since you’re planning to run, I thought to make it easy for you.” His gaze scouted the area, something he seemed to do often.

“Do you miss the service?” she asked softly, wanting to know more about him. Abby had told her that he’d served in the navy a while back.

“Why did you leave?”

His gaze shuttered closed faster than a bank vault.

This was my first dip into Rebecca Zanetti's Dark Protectors World and now I know why she has sooooo many fans. Vixen is about a demoness named Tabi that was caught on tape beating up some men that attacked her so now she is trying to break into the bank where the tape is stored but there is one man that stands in her way, Detective Evan O’Connell.
Evan is very ill and dying but he's hoping to get Tabi through Anger Management and out of town before he runs out of time. I think it was great, how super protective he was of her before they even went where their desires lead them.
The chemistry was great, the story was fast paced and interesting, and all of the secondary characters in Anger Management have me wanting more of each of them. You can say that Rebecca Zanetti has found another fan!
Thank you 1001 Dark Nights and Rebecca Zanetti for bringing readers this glimpse into the series where we can see if it's something we would be interested in continuing and I for one definitely am.
If you enjoy paranormal romances with not only a great story line but a ton of spice with them I would suggest you grab a copy of Vixen.
Happy Reading!!! 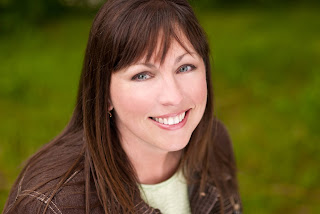 Rebecca Zanetti is the author of over fifty romantic suspense and dark paranormal romances, and her books have appeared multiple times on the New York Times, USA Today, Amazon, Barnes and Noble, and iBooks bestseller lists. The New York Times reviews has found that in her books, “humor surfaces in even the tensest moments, giving the high-stakes drama humanity and warmth.” She lives in the wilds of the Pacific Northwest with her own Alpha hero, two kids, a couple of dogs, a crazy cat…and a huge extended family. She believes strongly in luck, karma, and working her butt off…and she thinks one of the best things about being an author, unlike the lawyer she used to be, is that she can let the crazy out.