In It To Win It by Kelly Jamieson is available now!

“Kelly Jamieson is an auto-buy for me.”—Carly Phillips 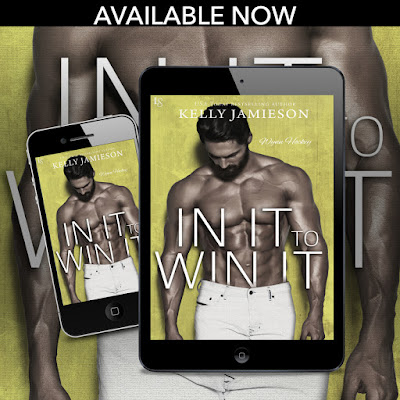 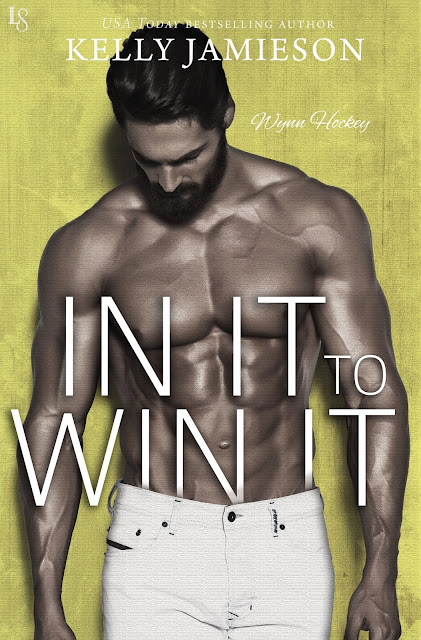 Wynn family bonds bend but never break. . . .
JP Wynn:I admit, I’ve made some bad choices—on and off the ice.
Now all I want to do is show my team I can control my emotions while I’m playing and redeem myself with my family, especially with my brother, Théo.
I hate that I hurt him and I’m determined to stay out of trouble.
But the hot bridesmaid at Théo’s wedding is tempting me into another bad decision.
A little flirting and a hook up with Taylor seem harmless . . . until Manny Martinez jumps me on the dance floor and starts beating the crap out of me.
And just like that I add one more bad decision to my résumé.

I always thought hockey players were hot. Now I think they’re crazy.
Manny broke my heart when he got traded to another team and left without even a goodbye.
Then he showed up at my best friend’s wedding. All I wanted to do was show Manny that I was over him.
And the groom’s sexy brother, JP, seemed more than willing to be my distraction.
But after the way everything went down, I want nothing to do with any of them.
Easier said than done. Especially when Lacey’s new brother-in-law is always around. . . .
And I keep thinking about the wedding night, when we snuck away to his room for the best sex of my life. 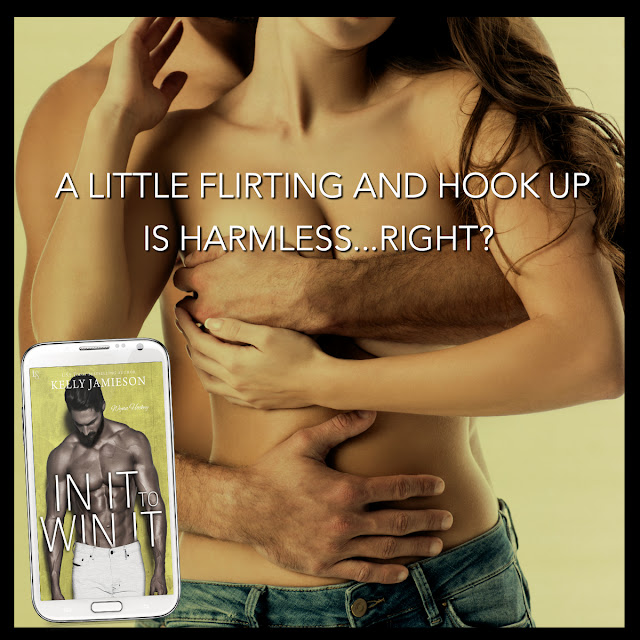 JP is truly a bad boy because he stole my heart!!!! Have you read the first book in the series yet? We met both JP and Taylor in PLAY TO WIN and while each book can be read as a standalone I would suggest reading the prior book so you can meet both JP and Taylor and see what has been going on with their lives and have brought them to where they are today and it would also give you some background on a pretty big scene that happens at JP's brother Théo's wedding. But as I said previously it can totally be read as a standalone if that is what you wish to do.

I really enjoyed JP and Taylor together. They each had some issues they were going through, Taylor's issues were new and she had some trouble adjusting to the changes going on in her life where as JP's issues were the same as they had been for a while, he was the black sheep of the family, the screw-up the one that always acted before he thought. But JP was trying to change all of that and honestly no one was seeing it and that pissed me off. Yes he made mistakes but seriously are you going to make him pay for them for the rest of his life especially since the one everyone likes to harp on was probably for the best anyway. Yes, he slept with his brothers girlfriend but she told him they were broken up and if she could do that with her boyfriends brother she can do that with anyone so why is the guy still paying for it years later??????

This was a great addition to the series, I really enjoyed the chemistry between Taylor and JP as well as their friendship. Byron was the best dog ever!  If you enjoy sports romances especially hockey romances I urge you to grab a copy of this book I am sure you will enjoy it as much as I did.